John Romeril (1945–) is a contemporary Australian playwright. He was born in Melbourne and attended Monash University, during which time he wrote his first plays, I Don't Know Who To Feel Sorry For (1969) and Chicago, Chicago (1970). He went on to become a founding member of the Australian Performing Group and he has written over forty works, including scripts for film and television. He has won numerous awards, including the Canada-Australia Literary Award in 1976, the Victorian Government Drama Fellowship in 1988 and the Asialink Playwrighting Competition in 2004. In 2008 he won the Patrick White Award for creative services to Australian literature. 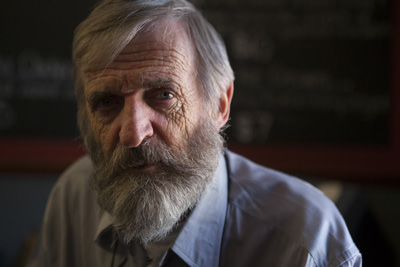 Susan Lever has written about The Floating World (1975) as part of the Reading Australia initiative. Click here to read her essay.