Past winners of the Peter Porter Poetry Prize

A. Frances Johnson: 'My Father's Thesaurus' 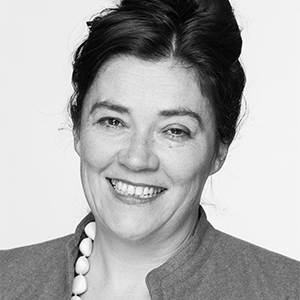 A. Frances Johnson is the winner of the 2020 Peter Porter Poetry Prize, worth a total of $9,000. The winner was named at a ceremony at the Boyd Hub Community Center in Melbourne on January 16.

A. Frances Johnson's winning poem is titled 'My Father's Thesaurus'. She receives $7,000. The other four shortlisted poets each receive $500. The full shortlist, including the winning poem, is available to read online and is published in the January–February issue of ABR. 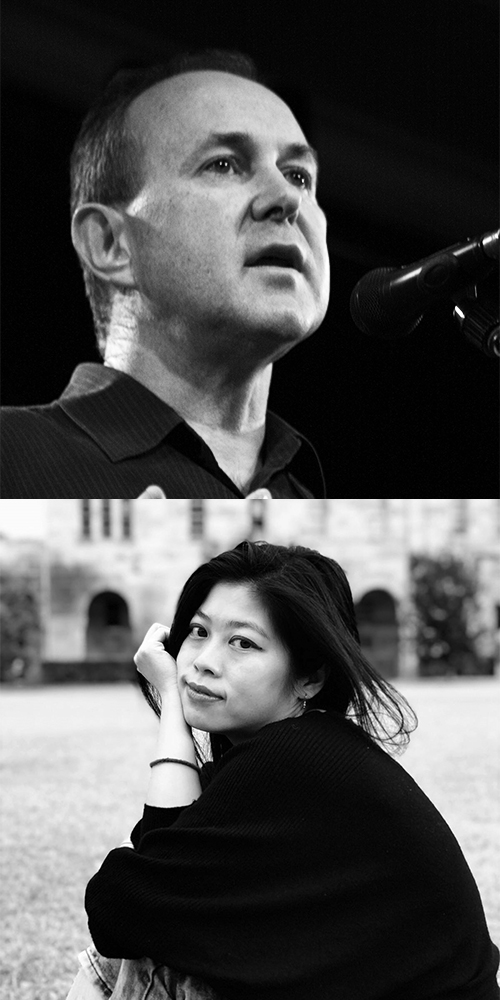 Andy Kissane and Belle Ling are the joint winners of the 2019 Peter Porter Poetry Prize, worth a total of $8,500. The winners were named at a ceremony at fortyfivedownstairs in Melbourne on 18 March 2019.

In Belle Ling’s '63 Temple St, Mong Kok', other voices are rendered equally as vividly as the speaker’s own. Together they create the generous and gentle texture of this exceptionally resonant work.

‘Andy Kissane’s 'Searching the Dead' recounts a moment in Australian history – our soldiers’ involvement in the Vietnam War – that has not been captured before in this way. This dense, strongly physical and evocative poem grips the reader’s mind and body, and that imprint remains long after reading. 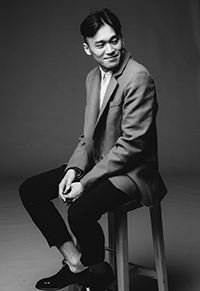 Nicholas Wong is the winner of the 2018 Peter Porter Poetry Prize, now worth a total of $8,500. Louis Klee, the 2017 winner, made the announcement at a special event at fortyfivedownstairs on Monday, 19 March. Nicholas Wong, who flew from Hong Kong to attend the Porter ceremony, receives $5,000. His winning poem, published in the March 2018 issue of Australian Book Review is titled ‘101, Taipei’.

Nicholas Wong, on winning the Prize, said: ‘I’m honoured and humbled to be the winner, especially with a poem whose subject matter may seem foreign. Winning the Porter Prize also allows me to reach out to Australian readers.’

This year’s judges – John Hawke, Bill Manhire, Jen Webb – shortlisted poems by five poets. They were chosen from a record field of almost 1,000 poems. Tracey Slaughter’s poem ‘breather’ was placed second. She receives $2,000 – the other three shortlisted poets $500 each. 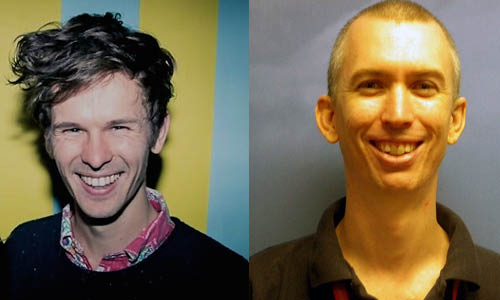 2017 Porter Prize winnersLouis Klee and Damen O'Brien are the joint winners of the 2017 Peter Porter Poetry Prize for their poems 'Sentence to Lilacs' and 'pH'. Morag Fraser named them as the winners at a ceremony at Collected Works Bookshop in Melbourne on March 23. The winners each receive $2,500 for their poems which were selected from almost 1000 entries, the Porter Prize's largest field to date. 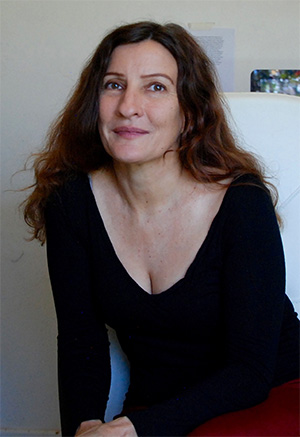 Amanda Joy is the winner of the 2016 Peter Porter Poetry Prize for her poem ‘Tailings’. Morag Fraser named Amanda as the overall winner at a ceremony at Boyd Community Hub in Melbourne. Amanda receives $5,000 for her poem, which was selected from a field of around 730 poems. She also receives Arthur Boyd’s etching and aquatint The unicorn and the angel, 1975 from the series The lady and the unicorn, 1975, donated by Ivan Durrant in memory of Georges Mora.

The judges were Luke Davies, Lisa Gorton, and Kate Middleton. They commented:‘“Tailings” is a poem remarkable for its close-woven language, everywhere charged with vivid details; and, at the same time, remarkable for its open and wide-ranging attentiveness. In “Tailings” the poet nowhere sets place at an aesthetic distance but everywhere attends to its mess and profligacy, a mode of perception alive to the hunger of animals.’

The shortlisted poems were: 'Tailings' by Amanda Joy (winner),  '... a passing shower?' by Dan Disney, 'Prelude to a Voiice' by Anne Elvey, 'Rage to Order' by Lisa Gluskin Stonestreet (USA), and 'Lament for "Cape" Kennedy' by Campbell Thomson. The shortlisted poets receive $625 each. 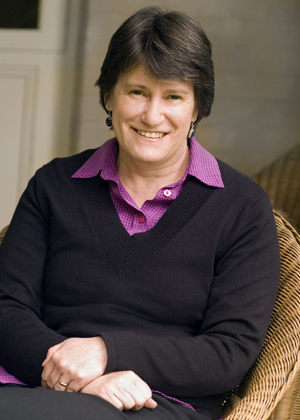 Judith Beveridge is the winner of the 2015 Peter Porter Poetry Prize for her poem ‘As Wasps Fly Upwards’. Morag Fraser named Judith as the overall winner at a ceremony at Collected Works Bookshop in Melbourne. Judith receives $5,000 for her poem, which was selected from a field of around 600 poems. She reflected: ‘I am deeply honoured to have won the Peter Porter Poetry Prize, not only because of the high regard I have for Peter Porter’s poetry and for Australian Book Review, but also because of the very strong 2015 shortlist. I loved all the poems and was truly surprised to hear I’d won. My sincere thanks to ABR for continuing this prestigious prize, which is a great support for poets.’

The judges were Lisa Gorton, Paul Kane, and Peter Rose. 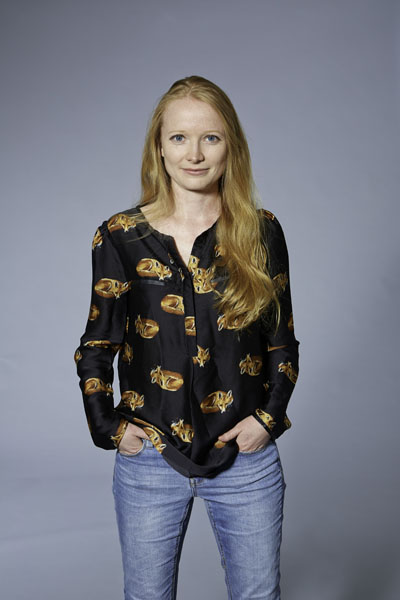 Jessica L. Wilkinson was the winner of the tenth Peter Porter Poetry Prize for her poem ‘Arrival Platform Humlet’, about Percy Grainger. She reflected: ‘For anyone in attendance, my shock at winning the prize was apparent. I entered a state of speechlessness! But I am truly honoured that my poem was recognised in this way and immensely grateful to the judges, Lisa Gorton and Felicity Plunkett.’

The shortlisted poems were: 'VFGA' by Paul Kane (USA), 'Absence' by Elizabeth Allen, 'Scenes from the Olivet Discourse' by Nathan Curnow, and 'Arrival Platform Humlet' by Jessica L. Wilkinson (winner). This was the first time that the Porter Prize was open to international entrants. They appeared in the May 2014 issue. 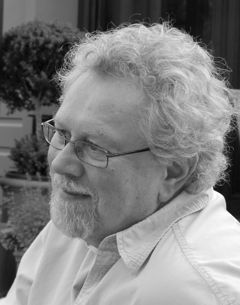 At a function at Boyd, John A. Scott was named the winner of the 2013 Peter Porter Poetry Prize, worth $4,000. Remarkably, his winning entry, ‘Four Sonnets’, is his first new poem in a quarter of a century. Not that Mr Scott has been idle during this time. He is the author of sixteen books to date. His novel What I Have Written won a Victorian Premier’s Prize in 1994, and his novels Before I Wake (1996) and The Architect (2002) were shortlisted for several awards, including the Miles Franklin Award. He has a new book coming out this year with Brandl & Schlesinger, the experimental novel N. On winning the prize, John A. Scott told us: ‘I’m honoured to have won the Peter Porter Poetry Prize with my first new poem in nearly twenty-five years. Doubly honoured in fact, having long regarded Peter Porter as Australia’s finest poet.’

The judges were Peter Rose, David McCooey, and Bronwyn Lea. The shortlisted poems were: 'Prophecy' by Nathan Curnow, 'Big Wig' by A. Frances Johnson, 'Four Sonnets' by John A. Scott (winner), 'procedures in aesthetics' by Dan Disney, and 'Bushfire Approaching' by John Kinsella. They appeared in the March 2013 issue. 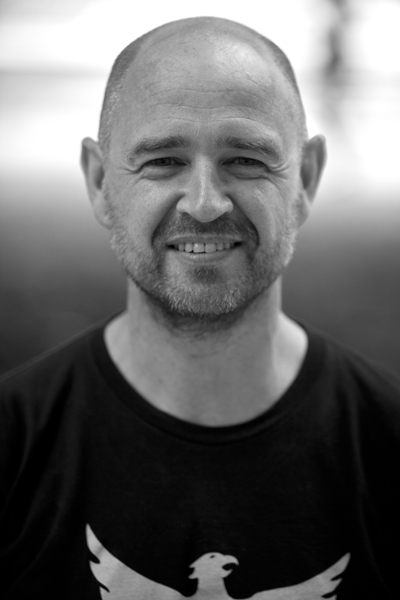 Michael Farrell is the winner of the 2012 Peter Porter Poetry Prize, worth $4,000. Our judges, Judith Beveridge and David McCooey, selected his poem, ‘Beautiful Mother’, from almost 800 entries. On learning of his success, Mr Farrell told us: 'It’s exciting to have won the Peter Porter Poetry Prize, especially from such a large field. It’s an honour to be linked with Peter Porter, whom I was lucky enough to meet on several charming occasions. The poem itself betrays several hauntings: not least a scene from television that’s stayed with me since I was probably four or five, of Kimba the white lion swimming back to the jungle, a vision of his mother in the sky encouraging him.'

The shortlisted poems were: 'Provenance' by Gareth Robinson, 'Bayside Suburban' by Anne Elvey, 'Beautiful Mother' by Michael Farrell (winner), 'After Devotion' by Annamaria Weldon, and 'Oscillations' by Toby Fitch. They appeared in the March 2012 issue. 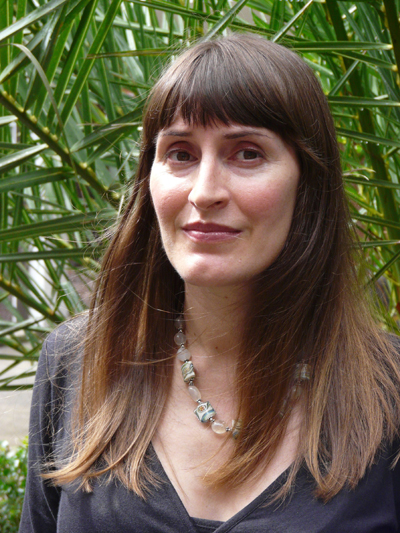 Judith Bishop – who becomes the first person to win ABR’s Poetry Prize twice – told us: ‘To win a prize dedicated to the memory of a poet of Peter Porter’s calibre, range, and emotional depth is deeply humbling.’ 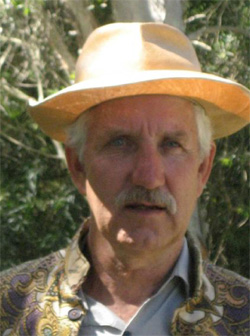 Tony Lintermans likewise reflected on Peter Porter’s legacy, and humanity: ‘What a joy to share the Peter Porter Poetry Prize. The only time I met Peter Porter, at an Adelaide Festival years ago, he was typically generous and thoughtful in his comments. I think of this poem as a small and sadly belated answer to his kindness.’

The shortlisted poems were: 'Self-Portrait at Sixty' by Tony Lintermans (joint winner), 'Dreams and Artefacts' by Lisa Gorton, 'Moonlight Sculptures' by Stephen Edgar, 'Openings' by Judith Bishop (joint winner), and 'Humility' by Alex Skovron. They appeared in the March 2011 issue. 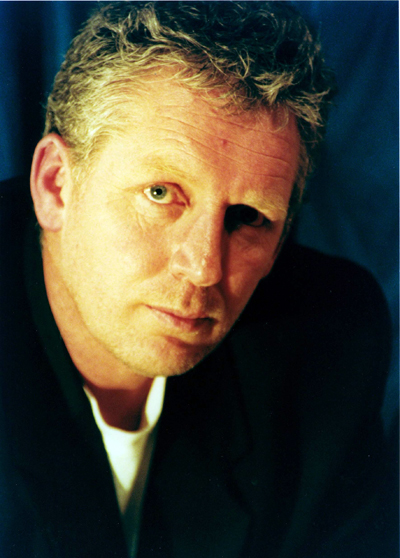 Australian Book Review has much pleasure in announcing the winner of the sixth annual Australian Book Review Poetry Prize. Anthony Lawrence received $4,000 for his poem ‘Domestic Emergencies’. The judges – Ian Donaldson, Morag Fraser, and Peter Rose – chose the poem from a field of just under 400 poems.

The shortlisted poems were: 'Taken as Required' by Ynez Sanz, 'The Hummingbird Suite' by Diane Fahey, 'Here Come the Missionaries' by Philip Salom, 'Estuary' by Jillian Pattinson, and 'Domestic Emergencies' by Anthony Lawrence (winner). They appeared in the April 2010 issue. 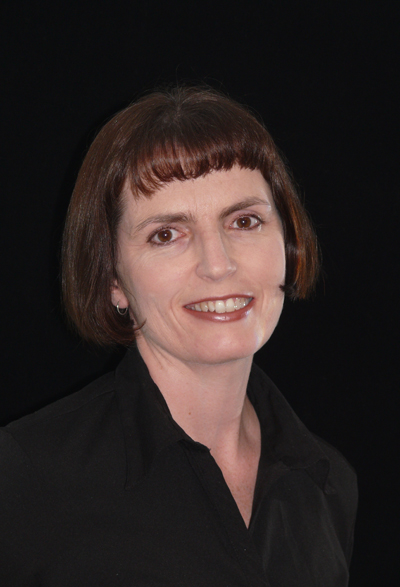 Australian Book Review has much pleasure in announcing the winner of the fifth annual Australian Book Review Poetry Prize. Tracy Ryan received $4,000 for her poem ‘Lost Property’. The judges – Paul Hetherington, Morag Fraser, and Peter Rose – chose the poem from a field of approximately 500 poems.

On being told of her success, Tracy said: ‘I’m honoured, delighted, and very surprised. I’m a keen reader of the ABR but have never published a poem in it before. This is a pleasant way to start! And the poem belongs to an unpublished manuscript of new work, tentatively called The Argument. It feels as if the award somehow helps bring that new book into being.’

The shortlisted poems were: 'Yellow Jacket: Vespula maculifrons' by Rose Lucas, Lost Porperty by Tracy Ryan (winner), 'The Dark Zone' by Kathryn Lomer, 'The Storm Glass' by Lisa Gorton, 'The Reed Pen' by Angela Mahone, and 'The Aquarium' by Judith Beveridge. They appeared in the March 2009 issue. 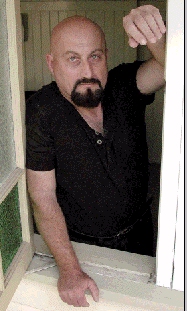 Reacting to his win, Clark commented: ‘Both shortlisted poems created memories within rural settings; the former’s fictionality is more obvious, but both poems are songs made from the sweepings of my mind, both begin in the rag-and-bone shop of history and locality. I’m thrilled to have won, and hope the readers of ABR will hear the creek flowing again in these words.’

The judges were Peter Rose, Lisa Gorton and Paul Hetherington. The shortlisted poems were: '(for the siblings)' by Kevin Gillam, 'T/here' by Judith Bishop, 'a full stop reaches the end of its sentence' by Nathan Shepherdson, 'Danger: Lantana' by Ross Clark (winner), and 'The Window' by Brenda Walker. They appeared in the March 2008 issue. 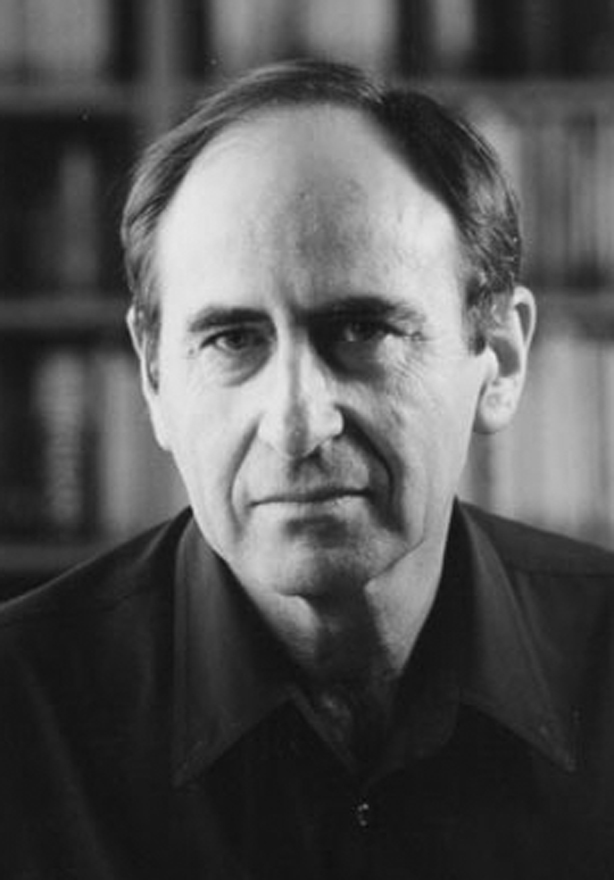 The judges were Peter Rose, Morag Fraser and Paul Hetherington. On receiving the judges’ congratulations for his dark, evocative poem, Alex Skovron commented: ‘I’m delighted and honoured to be this year’s recipient of the prize. I wrote the first version of ‘‘Sanctum’’ in July 2004. It’s an oblique, shadowy piece, an offbeat portrait framed within a telling that’s imbued with at least some of the delirium of its protagonist. The other protagonist is, of course, language.’

The shortlisted poems were: 'Sanctum' by Alex Skovron (winner), 'Full-Bucket Moon' by Ross Clark, 'The Fledglings' by Robert Adamson, 'The Fencer and His Mate' by Kathryn Lomer, 'The Red Sea' by Stephen Edgar, and 'Guidance and Knowledge' by Anthony Lawrence. They appeared in the March 2007 issue.

Judith Bishop was the winner of the the 2007 ABR Poetry Prize. The judges - Peter Rose, Morag Fraser, and Craig Sherbourne - described her winning poem ‘Still Life with Cockles and Shells’ as ‘unfailingly poised and suggestive’.

The shortlisted poems were: 'Mallee' by Lisa Gorton, 'Braid' by J.S. Harry, 'Boy' by Alex Skovron, 'Still Life with Cockles and Shells' by Judith Bishop (winner), 'Back Roads, Local Roads' by Brendan Ryan, and 'Spiders' by Keith Harrison. They appeared in the March 2006 issue.

Stephen Edgar: 'Man on the Moon' 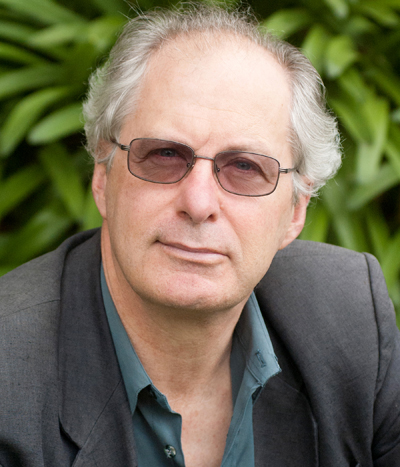 Stephen Edgar won the inaugural ABR Poetry Prize with his poem ‘Man on the Moon’.

The three judges, Morag Fraser, Peter Rose, and Peter Steele, were impressed by the overall quality of the entries and were pleased to be able to choose from such a strong shortlist, but the final decision was quick and unanimous because of the formal and imaginative qualities of Stephen Edgar’s poem.

The shortlisted poems were: 'Ventriloquist's Dummy' by Jennifer Harrison, 'Man on the Moon' by Stephen Edgar (winner), 'Ubirr Rock' by Mark Tredinnick, 'Storm' by Maria Takolander, 'Headgear (a review)' by Sandra Hill, and 'Low at the Edge of the Sands' by Kevin Gillam. They appeared in the March 2005 issue.