Darling, set sail from all of this, forget
these drossy marshes, forget the artificial
beach, forget the eight-lane carriageway;
instead take perspective from the deep –
and then look back: see eagle at rest on falconer’s
wrist, streetscape whistling with velocity
and the towers gone up – always gone up –
every yesterday (when salt was an industry,
the shore was a sea, this ink-brush was
a weasel, my heart was a vein of ore)
as in the rock these waterlines rise up
concrete – and the sea, the sea recedes
to east … – Indeed, my darling, set sail,
wrest your vessel, navigate what used to be
land, witness skyscrapers, containers laded
trucking, commerce afloat on the vast silk tide:
take up your pen and codex, darling; take up
the theme of history; take up your library
catalogue: and look under yesterday (when
the book was a scroll, the cave was a firepit,
my foot was a tree’s root fed by salmon-
run phosphor) and follow time’s trails,
travails, through leaf bright pigment,
fold time’s corners to a kiss, set sail
from this; else turnabout, sweep ship
to shore once more where a drinking song –
a drink, a drink, one more drink – capsizes longing,
where constellations spell the future
and the street throws up the market past:
yes, calligraphers (their price gone up), noodle-
makers (their price gone up), stone carvers
(their price gone up), also the koi and temple,
yes, blue dreams of porcelain … But don’t
leave out, never leave out, the spit
brought up, the food slopped out, the ashes
stamped in doorways, don’t leave out
the plastic bottles sprung from mountain melt,
and everywhere the scaffolds, everywhere
new concrete pouring vertical, earth to sky, new
shadow cast on yesterday (when ink
was soot, when my bowl was a lakebed,
when my ribcage was the mess of brown rat’s
nest) and remember, too, the chaos is never
one thing, darling, because we came to see
a past and future both, we came to see a canal,
its thousand miles and more, to thread
the needle of its thousand years and more,
but all we could do was read figures in fine
china, read votive offers made in pink
of incense, read city’s unloading from the ships
that arrived yesterday (when my hair was burnt
grass, when this paper was a mulberry,
when the shadow puppet was a mule)
and yesterday (when needles were bone, when
the temple was a golden cup, when elegy
was a bud, when my fingernails were beeswax).
Now, instead, read the map that tells you, darling,
how large the ocean we’ve crossed and set sail
from this unbreachable difference – set sail from all
the grief of this laughter, take pearl and jade, take
clam and carpet, take salt grains and a handful
of sand imported yesterday (when autumn
was a volcano, when clay was a plastic, when my hip
pocket was a love letter) – and, darling, take shelter
in strange embassy, leeward, leave your mark,
remember this, remember all of this, remember
yesterday, yesterday – when your shoulder
was the comfort of the scent of steaming porridge.

I’m walking home in the dying light of a summer’s day.
I do not know that within the minute
a tiny beetle will veer into my left eye,
its blade-like parts meant for slicing plant tissue,
slicing my cornea.
I do not know that within an hour
my eye will feel as though it has undergone a corneal graft
with razor blades, burning match heads
and acid rinses – Christmas eye, a doctor will call it.

I’m remembering this
because I’m reading about entomologist Justin Schmidt,
who once clung to a tree
suspended over a Costa Rican gorge
while enraged wasps squirted venom into his eyes;
a man stung by more winged insects than anyone,
who has classified all the piercing, irreverent,
bold, electric, smoky aches down to precise
decimal gradations
on a five-point Sting Pain Index.
I’ve also been reading a study that describes how Catholics
feel the ferocity of pain ease
if they contemplate images of Mary;
atheists if they watch documentaries
featuring David Attenborough – so I wonder,
when Schmidt steps on a nest of red harvester ants
and pain shoots like mordant dye through his body,
what angelic or analgesic image does he conjure
to demobilise the piercing, crunching agony;
or can he just sigh
and look into the distance and let his mind find relief
in the palliative cotton of wind-blown clouds?

I recall, once or twice in childhood, the pencil-point pressure
of a fang shooting an aggregation
of misery along my arm
as a spider discharged its voltage before dropping from my wrist
like decommissioned fuse wire.
And then there are the pangs that spasmodically flare
along the nerves on the underside of my upper right arm –
and I wonder if this is like the pain
Schmidt feels in his fingers
when digging up a colony of fire ants.

I remember, too, when an abundance of work and worry
has made my cranium feel as if it belonged
to a large-headed baby undergoing hours of obstructed labour.
Though perhaps if I’d been bitten by a bullet ant —
which Schmidt likens to fire-walking over flaming charcoal
with a three-inch rusty nail
grinding into your heel –   I might have a better point
of comparison and without hesitation
be grateful I’ve never had to invent a pain scale,
drawing and quartering metaphors for the way toxins
can burst open cellular membranes, or for the way
suffering can be internally transacted,
made dangerous and monstrous
by the fallacies of the self.

Sometimes I lie awake at night and remember
that death will come – perhaps, suddenly, from a tree
or an overhanging rock, or from a sliding shadow
in the grass; or from a knot of dark blood
bivouacking in my brain.
Or perhaps from a fever, my skin crawling
as though I were lying in the path of a horde of bull acacia ants;
or intense itching and burning as if I’d been
rubbed with a concoction of wasabi, hot mustard
and the necrotising venom of a white-tailed spider.
Or perhaps, just from a build-up over the years
of light, ephemeral stings –
barely noticed, no pain worth recording –
just a remote hum in a honey-vault of light
then a smoky drifting away.

All the news is famine and famine.
‘A Woman Without A Country’, Eavan Boland

In the waiting rooms of the mornings
the empty chairs hold air. Women come
and go. Needles line the bins. The acrid
sterilisation of skin. The long, cold probe.

Outside the glass the city is laid out
like some ancient engraving enacted
from a conqueror’s vantage point.
The bridge is a miracle of engineering

spanning the headlands. Homes upon
homes, lives acting out behind walls,
under roofs, within bedrooms, inside bodies.
Where does the woman without a country

return to? For a human voice: the TV,
song, poetry. For touch: not even a cat.

After the wind arose and morphed invisibly
(in the way of winds) into a gale and then a hurricane,
she watched entranced as a house-roof was lifted
from the local kindergarten, an eighty-year-old
Californian bungalow, and levitated clean
as an empty carton into the soot-brown sky
to plunge into the next suburb. She observed a car,
admittedly a Beetle, bounce like arithmetic down
Yule Street, past a string of shops, and shatter
against the neighbourhood’s most ancient fig,
a Moreton Bay reputedly admired by Henry Parkes.
Momentarily it struck her that she must be dreaming,
or else dreaming that she was asleep and dreaming
this dream of not-dreaming – did that make sense?
A motorcycle shot past, at telegraph-pole height,
dropping like a plumbline onto the upholsterer’s
on Agnes Court. But then it stopped, the wind.
And sheepishly the inhabitants began to lean out
from behind their barricades, their terrible eyes
incredulous. Like her own, she supposed.
And yet through it all she sensed a febrile
detachment on her part, a dreamlike indifference.
She willed herself awake: nothing changed.
She pinched herself, and could feel the sting.
She walked towards Yule Street, rounded the corner
onto Carmunnock Drive and gaped in disbelief
at the sheer devastation. Worse than Tracy;
and for the first time she felt her head throbbing.
That was when the girl tugged at her coat.
No more than five or six, she was all atremble
and tears streamed down her freckled cheek.
‘Mummy, I can’t find our house,’ she wailed.
Gathering up the child, the woman began to run.
Down the unstreeted pathway, past the church –
now a blitzed silhouette – towards the playground,
where the donut carousel still turned, and beyond it
a swing on squealing chains, its pitch and yaw.

Noongah calendar for now is the appearance
of moodjar blossom, orange/yellow with dry sunshine.

For the invaders, let’s say, Christmas Tree. Maybe the few parleying
settlers of 1829 might have sensed a different cycle on those first

Christmases along the river and would have brightened
with its appearance, hemiparasitic, to drink the enriching fluids

of other trees. Seasonal decorations on farm gates, glitter and tinsel
in the headlights, sparklers in the tinder dry: armies of eyes.

Those searching haustoria of Nuytsia floribunda are like holidaymakers
and the Boxing Day lunch gathering at Wheatlands, year after year –

the networks of distance, the Avon Valley. Earlier today in Northam
I was swept up in the Christmas shopping avalanche, bare-handed,

exchange. Interlocutor, I wonder how little I write of the actual town,
this regional centre that’s remained a constant across my lifetime.

Troubled centre of a compass. The moodjar blossom is growing
infrequent with the reclearing of the clearings, the double-dipping

into the zones. Still, their cables reach out under us, and I say
sorry and g’day walking past familiar strangers, concrete

beneath our feet and the last crops being harvested out there. 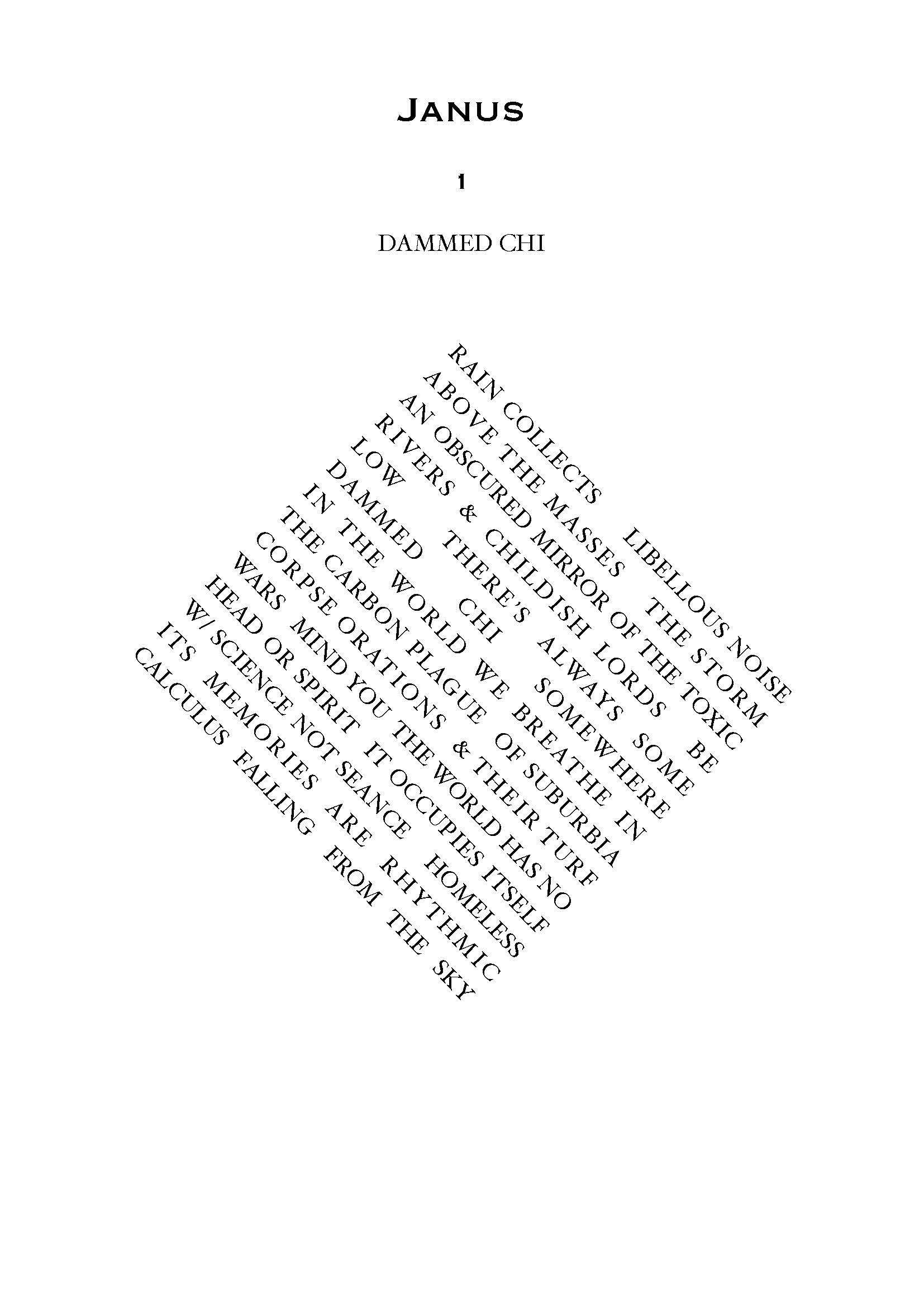 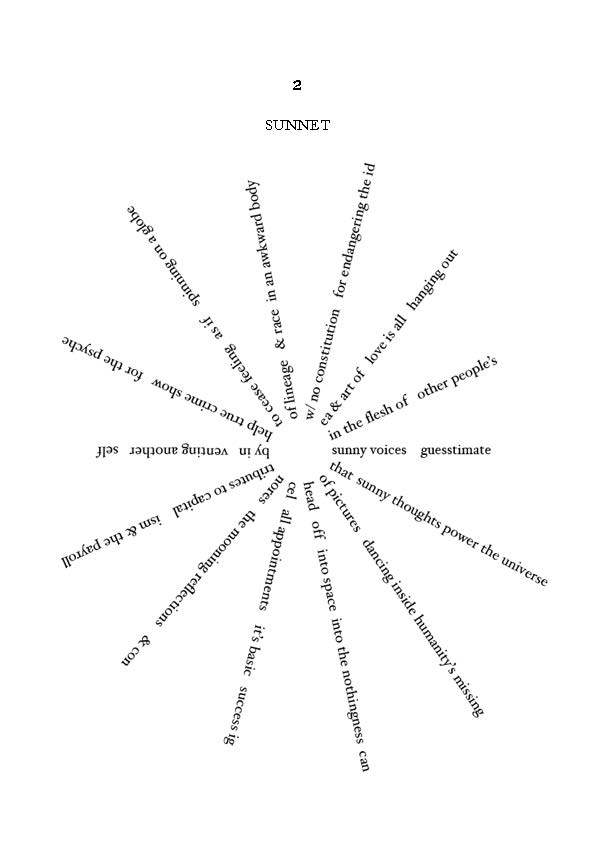 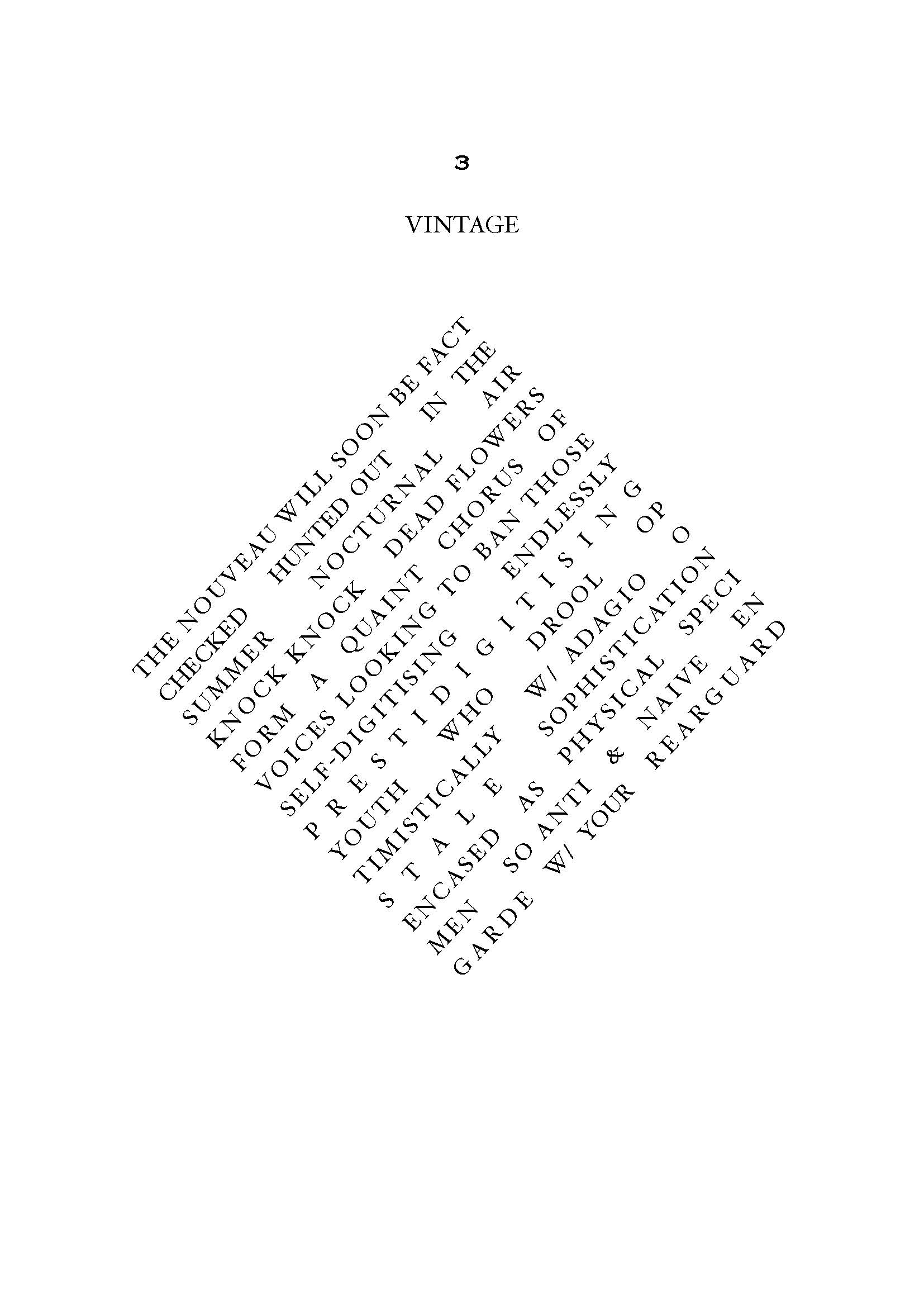 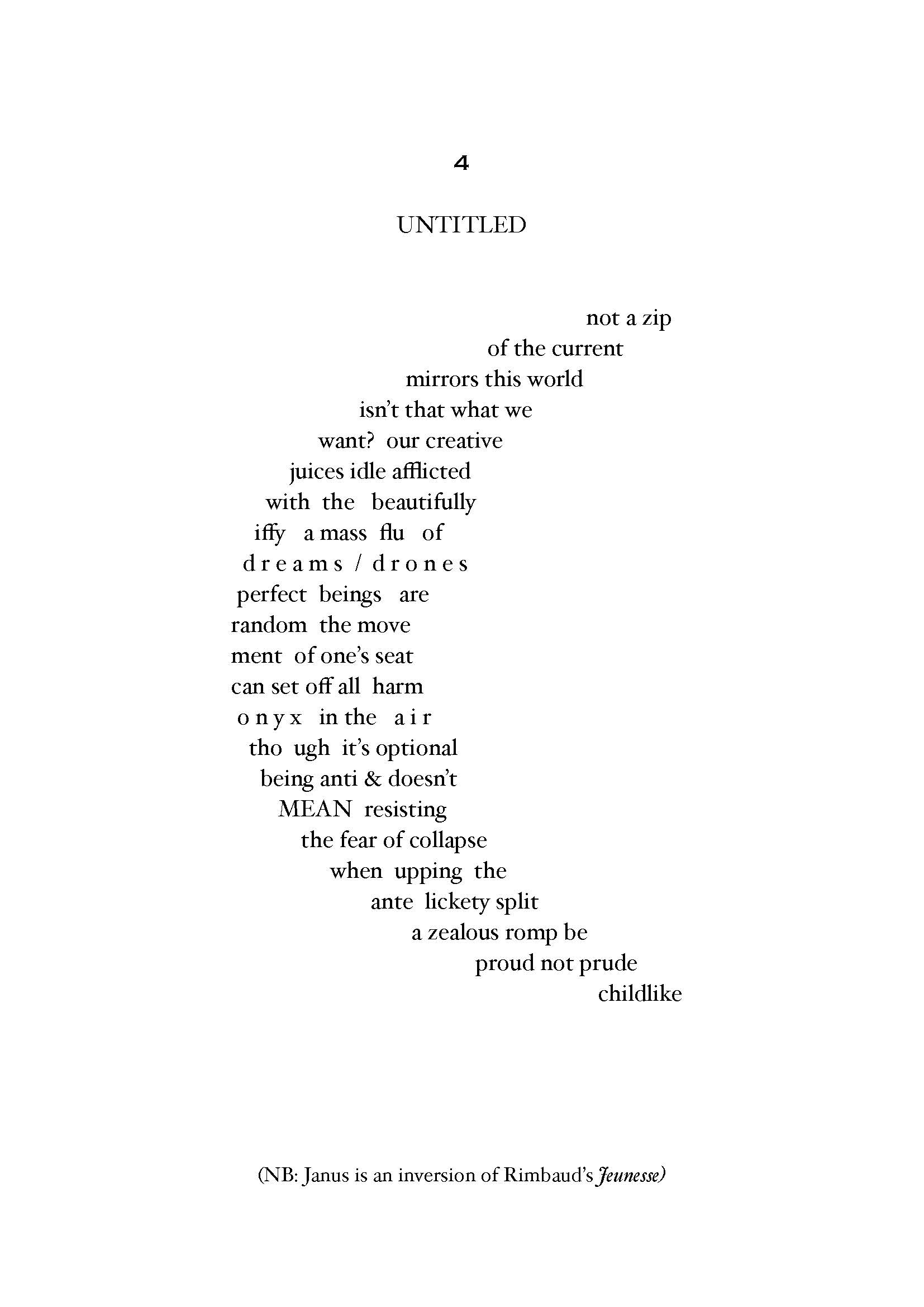