The ABR Elizabeth Jolley Short Story Prize, now in its seventh year, is worth a total of $12,500. This year we received nearly 1,200 entries from forty-two countries. The judges – Amy Baillieu, Ellen van Neerven, and Chris Flynn – longlisted eighteen stories (they are listed on our website) before shortlisting three of them: ‘The Leaching Layer’ by Dominic Amerena (Victoria), ‘Butter’ by Lauren Aimee Curtis (New South Wales), and ‘Pheidippides’ by Eliza Robertson (Canada/United Kingdom). They all appear in this issue. 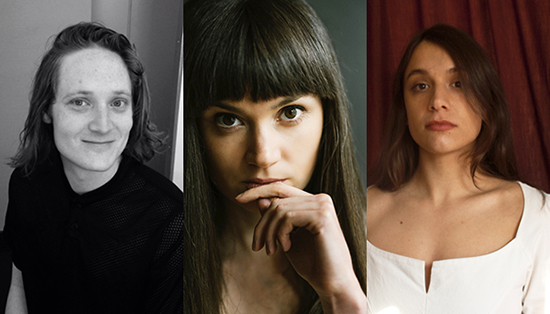 The judges have also commended three other stories: ‘The Man I Should Have Married’ by Catherine Chidgey (New Zealand), ‘The Fog Harvester’ by Marie Gethins (Ireland), and ‘Contributory Negligence’ by Stevi-Lee Alver (New South Wales).

If you are in Sydney on Thursday, 10 August, join us at the Potts Point Bookshop for the Jolley Prize ceremony – always entertaining, if suspenseful for the authors. This is a free event, but bookings are essential: This email address is being protected from spambots. You need JavaScript enabled to view it. 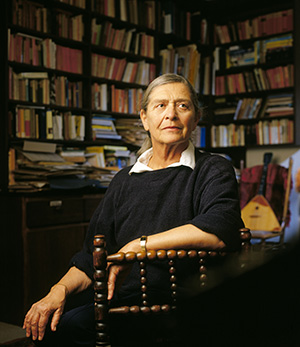 Fay Zwicky (photograph by Robert Garvey)Fay Zwicky always joked about being placed last in anthologies of Australian poetry. Lastness somehow suited her – conclusive, apart, a little unaccommodating – and she was never omitted from any serious anthology of contemporary Australian poetry. Born in Melbourne and educated at that university, she was a concert pianist before transferring to Perth, where she taught at the University of Western Australia from 1972 to 1987. Isaac Babel’s Fiddle appeared in 1975; Kaddish and Other Poems – perhaps her most celebrated collection – followed in 1982. She also published short stories and criticism, and she wrote for ABR seven times, from 1987 to 2013.

Fay Zwicky died on 2 July, the day after the publication of The Collected Poems of Fay Zwicky (UWA Publishing), which is edited by Lucy Dougan and Tim Dolin. We’re delighted to be able to publish a late poem from that volume, ‘Little Fly’, about a dachshund called Mužka, which accompanied Fay everywhere, including hospital.

Our reviews of the shortlisted books can now be freely read online.

Entries are now open for the 2018 Peter Porter Poetry Prize. This is the fourteenth time we have offered the Porter Prize. Past winners include Stephen Edgar (whose new collection Transparencies is reviewed by Geoff Page in this issue), Judith Bishop, Tracy Ryan, Michael Farrell, and Judith Beveridge.

The Prize is now worth a total of $8,500, and here we thank Ms Morag Fraser AM and all our ABR Patrons for their support. The winner will receive $5,000 and an Arthur Boyd print; this year we have created a second prize worth $2,000. The three other shortlisted poets will each receive $500. All five shortlisted poems will be published in the March 2018 issue of ABR.

The judges on this occasion are John Hawke, Bill Manhire, and Jen Webb. Entries close December 3. For more information about the Porter Prize, including entry guidelines and terms and conditions, please visit our website.

The response to the winning essay in this year’s Calibre Prize has been enthusiastic. Michael Adams, author of ‘Salt Blood’, seems to have given more radio interviews than Christopher Pyne. 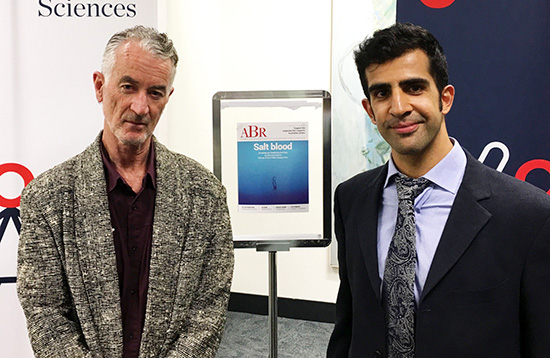 This month we have pleasure in publishing Darius Sepehri’s ‘To Speak of Sorrow’, which placed second in the 2017 Calibre Essay Prize. The affinity between the two essayists was obvious when they both spoke at a Calibre Prize ceremony at the University of Wollongong on 1 June. Now, ABR, in association with Sydney Ideas, has much pleasure in presenting Michael Adams and Darius Sepehri in conversation on Monday, 7 August, at the University of Sydney. The event will feature readings from the two winning essays and a discussion of the shared themes of grief and mortality.

This is a free event and all are welcome, but please rsvp to Sydney Ideas.

Historians often eschew autobiography, possibly regarding the genre as too speculative or marginal. Interestingly, though, we have a brace of memoirs from two Australian historians.

Sheila Fitzpatrick – a frequent contributor to ABR – is one of the world’s most celebrated Soviet historians. She has written a dozen books on Stalin, Stalinism, and the Russian Revolution, most recently On Stalin’s Team: The years of living dangerously in Soviet politics (2015). In recent years she has quietly, deliberately embarked on one of the most significant projects in Australian autobiography. My Father’s Daughter (2010) was shortlisted for the National Biography Award, and A Spy in the Archives (2013) won the 2016 Prime Minister’s Award for Non-Fiction. 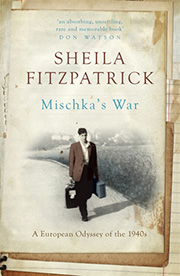 Mischka’s War (Melbourne University Press)Now Sheila Fitzpatrick has published Mischka’s War (also with Melbourne University Press). It is a fascinating study of the author’s late husband, Mischka Danos, a Latvian whom she married decades after he survived World War II and went to the United States to pursue his career as a physicist. Forensically, Fitzpatrick examines Mischka’s vicissitudes, his intellectual formation, his many affairs and marriages – and his uncanny mother.

Jim Davidson’s memoir describes a very different war, as his title makes apparent: A Führer for a Father (NewSouth). The biographer of Keith Hancock and former editor of Meanjin writes about his father, also called Jim Davidson (the physical likeness was remarkable too) – a deeply unsympathetic figure, it seems. Bewilderment and fury alternate in the memoir, especially as the paternal insults mount.

We will review both memoirs in coming issues.

Philip Roth – rara avis to the last – may have signalled his retirement as a novelist, but he still publishes from time to time, if only via email (archaic as Gutenberg in the age of the twittering Trumps). The New Yorker of June 5 carried a welcome Rothian scrap, an edited version of a speech he gave back in 2002 when accepting the National Book Foundation’s Medal for Distinguished Contribution to American Letters.

Roth – rather more sentimental than some critics acknowledge – recalls his fabled childhood in Newark and his keen sense of apartness as a Jew, ‘a rather typical grandchild of four of those poor nineteenth-century immigrants’. Roth speaks of his reverence for writers such as Theodore Dreiser, Sherwood Anderson, Ring Lardner, Sinclair Lewis, Thomas Wolfe, and Erskine Caldwell – none of them Jewish – who gave him a sense of his ‘great ignorance’ of the continent west of Newark, with its Spartanburg and Lost Mule Flat and ‘the titillatingly named Little French Lick’.

Fifteen years prior to the atrocious Trump, Roth wrote: ‘... one is not always in raptures over this country and its prowess at nurturing, in its own distinctive manner, unsurpassable callousness, matchless greed, small-minded sectarianism, and a gruesome infatuation with firearms’ (private firearms seem the least of our worries in 2017). Yet Philip Roth – despite abiding and, it must be said, rejuvenated anti-Semitism – ends with a ringing endorsement of his partiality, ‘irrefutably American, fastened throughout my life to the American moment ... and writing in the rich native tongue by which I am possessed’.

In his effusive review of the second edition of The Australian National Dictionary (TLS, 23 June 2017), Barry Humphries devotes much space to reminiscences of his decorous family film The Adventures of Barry McKenzie. Humphries welcomes the inclusion of subtleties such as ‘pillow biter’, which he ‘managed to successfully promote, especially in Sydney, where few pillows go unbitten’. Humphries ends by congratulating the editors, who ‘have magnificently recorded what must surely be the richest vernacular in the history of human utterance, and if you don’t believe me you can stick your head up a wombat’s freckle’.

Kate Burridge reviewed AND2 – that indispensable reference – in the October 2016 issue of ABR.

The ABR editorial internships, which date back to 2009, are rare in the industry: fully paid and full-time introductions to the publishing life. We’ve welcomed some outstanding young graduates to ABR, and several of them have gone on to major appointments in the sector. Dilan Gunawardana became the latest intern in March 2016. Now he joins Amy Baillieu (Deputy Editor since 2012) as Deputy Editor (Digital).