It’s odd when you know someone in one context and then discover him in a completely different one. I’m an admirer of the English writer Philip Hoare and his oceanic works Leviathan or, The Whale (2008) and The Sea Inside (2013), explorations and meditations on cultural responses to the marine and his own relationship with the sea and its creatures.

So when, in search of an expert on Noël Coward, a theatre friend recommended Hoare, I didn’t realise that she was referring to the same person. It turned out that before turning to cetaceans he had an earlier career, in the 1990s, as a biographer. In addition to Coward, he also wrote a life of the aristocratic ‘bright young thing’ Stephen Tennant (Serious Pleasures [1990]) and a study of an infamous trial featuring the play Salome, in Oscar Wilde’s Last Stand (1997). 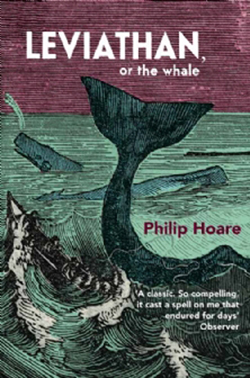 The Melbourne Theatre Company had asked me to make a series of podcasts to accompany their current season, which included Coward’s Private Lives, so Hoare and I met, me with a recorder, he clutching a bicycle helmet, in the Brutalist cavern of the Royal Festival Hall on London’s South Bank. Despite it being almost twenty years since he’d written his study of the man known as The Master, Hoare was as enthusiastic as if he’d just finished delving in theatrical attics.

Coward spent World War I in London’s underworld of sex and drug clubs. His aristocratic mannerisms were all learnt, said Hoare. Coward’s family, once prosperous and middling-grand, had fallen on hard times, and his mother ran a South London boarding house. In private he far preferred boiled eggs to oysters, held his cigarettes in a clenched fist like a navvy (the holder was pure affectation), and hated champagne. 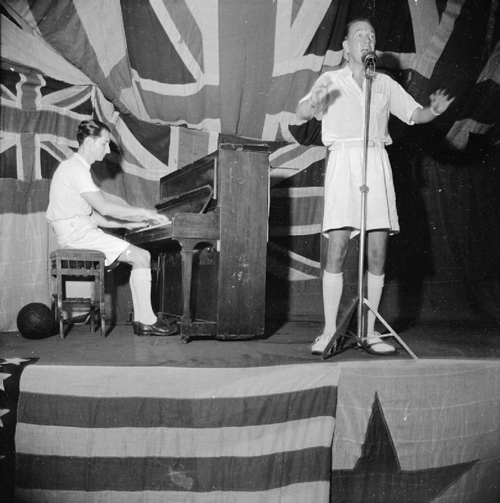 Coward had started work in the theatre aged eleven, in 1910. Although great fun, his adolescence had been rather dissolute, as he became the pet of a much older man, the upper-class artist Philip Streatfeild, a relationship encouraged by Coward’s ambitious mother. He was also a flamboyant shoplifter, Hoare continued, stealing suitcases from Fortnum & Mason’s in order to transport the books he then went on to lift further along Piccadilly. His most important relationship at this stage was with fellow playwright and juvenile actress Esmé Wynne-Tyson, with whom he used to swap clothes for trips around London. As well as enjoying scandalising lumpen society, they were both immensely ambitious and convinced of fame and fortune (Wynne gave up the stage at nineteen and became a writer, a proselytising vegetarian, and a Christian Scientist).

Private Lives, written when Coward was in the Far East, echoed an unhappy love affair he was having at the time, but the cry of ‘Sollocks!’, which its bickering lovers Amanda and Elyot shout to call a halt to their heated arguments, was one apparently coined by Wynne when she and Coward got too vehement.

Before meeting Hoare, I found an interview with him and the very pukka royal biographer Hugo Vickers from the mid-1990s about their unlikely friendship. Vickers is a blazer-and-cavalry-twill sort of chap, whereas at the time Hoare had peroxide-blond hair and several piercings. Hoare was a music journalist and band manager and lived in a council flat (Vickers’ house had a moat). But they got on well and admired each other’s writing, though, according to the article, Vickers drew pictures of someone being sick in the margin of Hoare’s Coward biography whenever there was any mention of homosexuality. Needless to say, Vickers’ works, including lives of the queen mother and the duchess of Marlborough, always leave the closet door closed.

‘ ... Vickers drew pictures of someone being sick in the margin of Hoare’s Coward biography whenever there was any mention of homosexuality.’

At the end of the 1990s, Hoare gave up the brittle world of showbiz and society people to write about places. His first book in the new vein was Spike Island: The Memory of a Military Hospital (2001). The bleak locus is in Southampton, the subject matter the Victorian care of its sick soldiers in a vast edifice. When it was built, at the end of the Crimean ar, Spike Island was the largest hospital in the world. Hoare’s leap from a bohemian demi-monde to the hubris of Empire was influenced, he says, by W.G. Sebald and his musings about lost places in The Rings of Saturn (1995).

Southampton, a port city on England’s south coast, is Hoare’s childhood home. He now lives alone in the house where he grew up, using his old bedroom as a study. His career all makes sense, he’s said. Alongside the glamorous stars of the 1920s and 1930s, and pop stars from the 1970s, he also used to dream of whales and the mysterious sea. He swims from the grimy city beaches every day of the year, a much more bracing prospect than it would be in Australia. 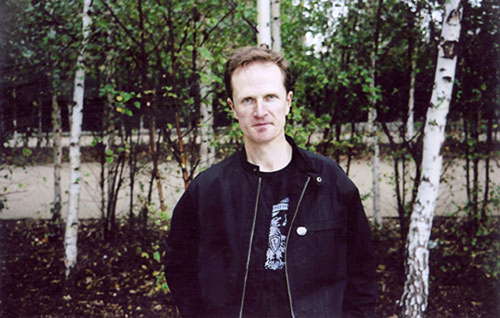 His latter interests have brought him to the antipodes before, but in the course of our conversation he let slip he was heading south again, this time as a visiting scholar at the University of Tasmania. He was to be shared by the Inglis Clark Centre for Civil Society and the Institute for Marine and Antarctic Studies.

As I discovered, as well as whales Hoare is fascinated by thylacines, which he writes about in The Sea Inside. He reckons that a few still probably survive in the island’s wildernesses, but hopes they are never discovered.

Philip Hoare gave a talk on his latest book The Sea Inside at the University of Tasmania on 18 March 2014. His website is www.philiphoare.co.uk/