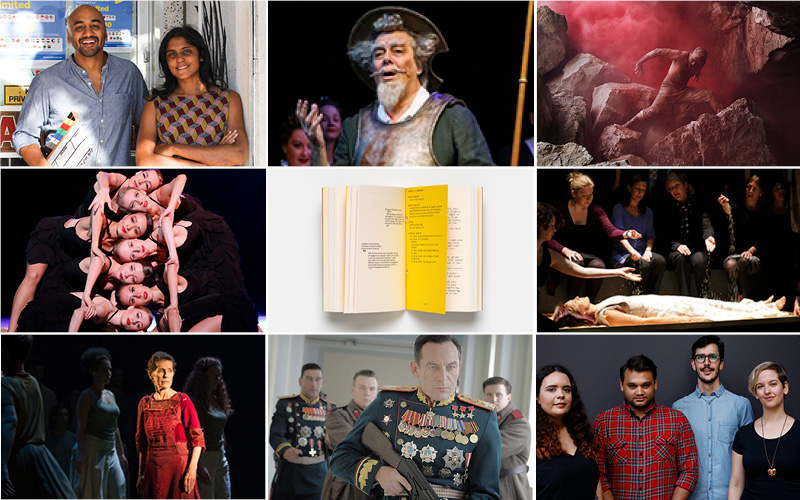 Kathryn Stott, new artistic director of the Australian Festival of Chamber Music, has announced her program for the 2018 festival in Townsville. There is much variety on offer, and some outstanding soloists. The opening night concert will include the Bachianas Brasilera No. 5 sung by outstanding young Australian soprano Siobhan Stagg, who made such an impression as Pamina in her recent Covent Garden début. The concert includes works by Saint-Saens, Paul Stanhope, and Ernest Chausson. Other artists and ensembles performing during the Festival will include the Goldner String Quartet, Daniel de Borah, Julian Bliss, Pruidence Davis, and Vicky Zhang. The full program is now available at www.afcm.com.au

CuriousWorks have launched a new initiative with support from Screen Australia’s Enterprise Ideas Program to connect emerging filmmakers in Western Sydney with seasoned industry professionals. ‘Behind Closed Doors’ aims to introduce ‘fresh voices and untold stories’ to the screen sector. Applications are open to aspiring storytellers living in Greater Western Sydney from culturally and linguistically diverse (CALD) and First Nations backgrounds. In a series of workshops (5–7 July and 18–20 October), the chosen participants – eight writers and two producers – will create a series of six connected short films. Applications close 27 April. For more information, visit the CuriousWorks website.

The winner of the Cornish Family Prize for Art and Design is Melbourne publishing imprint Perimeter Editions for their book To Note: Notation across disciplines, a collection of material that explains the act of notation. To Note was compiled from lectures, artist talks, and exercises during a five-day workshop held at RMIT Design Hub which involved twenty-five practitioners of dance, visual art, sound, design, and architecture. The designers of To Note, Stuart Geddes and Žiga Testen, receive $15,000, and five finalists each receive $1,000. The Prize was announced at the Melbourne Art Book Fair, which took place at NGV International in mid-March.

‘Each of these artists is dedicated to their practice, adventurous, and have an abundance of creative energy,’ said BSSTC’s Artistic Director Clare Watson. The Resident Artists Program provides arts practitioners with the opportunity to work Clare Watson to ‘develop leadership skills, collaborate on developing future programs, take on key creative positions throughout the season, and become advocates for the company in the broader community.

One hundred and forty artists from all over Australia will participate in the annual ‘Tarkine in Motion’, a collaborative arts project designed to highlight the Bob Brown Foundation’s campaign to preserve Tasmania’s Tarkine forest.

‘Will Hodgman’s Liberal government made shocking moves in their previous four years of government, pushing to open the remote coastal region with some of Australia’s richest Aboriginal heritage coastline to off-road vehicle damage, opening existing rainforest reserves to logging and entrenching destruction of native forests that are critical habitat to rare and endangered wildlife,’ said Jenny Weber, the Foundation’s campaign manager. The project, which is fully funded through crowd-funding and donations, is now in its fourth year.

The Lady and The Unicorn
Three new or renewing subscribers to ABR will receive double passes to The Lady and the Unicorn, during its season until 24 June 2018 at the Art Gallery of New South Wales in Sydney. Morag Fraser warmly reviewed this exhibition for ABR on 16 February 2018.