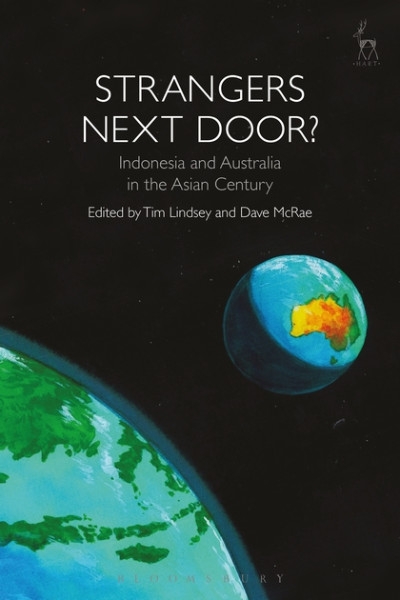 Strangers Next Door?: Indonesia and Australia in the Asian Century

During World War II, thousands of Indonesians arrived in Australia, brought by the colonial Dutch as they fled Japan’s military advance through Southeast Asia, and Molly Warner wanted to get to know them. She and other Australians established an association that sought ‘[t]o promote cultural relations with Asia … educate Australia about Asia and Asia about Australia, [and] improve the woeful isolationism of so many Australians’. Warner would live those principles, soon moving to Indonesia to work for its anti-colonial revolution; she spent the rest of her life there. This edited collection contains many accounts of similar exchanges − of people, perspectives, capital, and knowledge moving between Indonesia and Australia with rich results. Yet broadly, the Australia–Indonesia relationship remains thin and laced with mutual suspicion.

The neighbours’ differences are plain: one is Western, one majority Muslim, one economically developed, the other developing. Two decades ago, Paul Keating spoke of the ‘web’ of Australian foreign relations being incomplete without comprehensive Indonesia ties. Several Australian ‘Indonesianist’ scholars had similarly been arguing for the benefits of substantial links. Yet those ambitious visions have recently been challenged. Former DFAT official Ken Ward, in a much-discussed Lowy Institute paper, Condemned to Crisis? (2015), argued the relationship will inevitably be fractious and distant, and should simply be managed.

David Fettling’s work focuses on Australian relations with Asia, historical and contemporary. His first book is Encounters with Asian Decolonisation (Australian Scholarly Publishing, 2017). His work has appeared in The Guardian Australia, the Jakarta Post, and Griffith Review 56 and 57. He was educated at the University of Melbourne and the Australian National University.

Strangers Next Door?: Indonesia and Australia in the Asian Century

David Fettling’s work focuses on Australian relations with Asia, historical and contemporary. His first book is Encounters with Asian Decolonisation (Australian Scholarly Publishing, 2017). His work has appeared in The Guardian Australia, the Jakarta Post, and Griffith Review 56 and 57. He was educated at the University of Melbourne and the Australian National University.