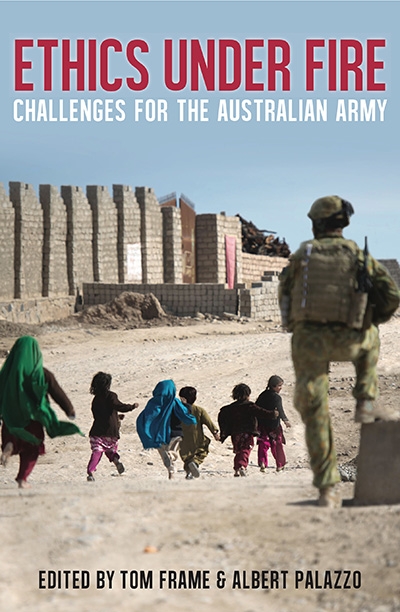 Ethics Under Fire: Challenges for the Australian army

Miranda: Oh brave new world, that has such people in it ...
Prospero: Tis new to thee ...

In July 1942 the Police Battalion 101 was ordered to murder all the older men, women, and children in Józefów, in Poland. Major Wilhelm Trapp, a member of the Nazi Party, led the battalion. He made an unprecedented offer. If any older members of the battalion felt unable to proceed, they could be excused. Twelve men withdrew from the atrocities that were to follow; the vast majority went on with the killing.

The Holocaust ushered in new technologies that made the kind of direct killing experienced at Józefów obsolete. Murder became mechanised. Yet the central questions raised by this incident remain: what motivates soldiers to perform mass slaughter? Why do soldiers in fact go ‘beyond the call of duty’? Why are atrocities such as Mỹ Lai and torture in places like Abu Ghraib so commonplace? Ethics under Fire: Challenges for the Australian army tries to answer some of these questions while suggesting ways forward in the rapidly changing landscape of warfare.

This edited collection is the result of a conference in 2016. It covers the contribution ethics can make to the military (Part One); issues of cultural difference when working with allied forces, and the difficulties of acting ethically outside of conventional military frameworks (Parts Two and Three). Part Four adds narrative depth through writings about NGOs working with the Australian army. In Parts Five and Six, writers focus on uses of technology and the internet. Finally, in Part Seven the authors engage with three case studies.

What draws together these diverse contributions, ranging from writing by philosophers to soldiers to humanitarian workers is one central question: How can an institution which is ‘in the business of killing people and destroying property’ behave ethically? Even when this behaviour, as is in the case with the ADF’s work in Rwanda and Somalia, is motivated by the desire to restore human dignity and alleviate suffering, the role of the military is innately ethically ambiguous.

Associate Professor Deborah Zion has taught medical ethics for many years. She is currently the Chair of the Human Research Ethics Committee at Victoria University, and teaches in the PhD program.

Ethics Under Fire: Challenges for the Australian army

Associate Professor Deborah Zion has taught medical ethics for many years. She is currently the Chair of the Human Research Ethics Committee at Victoria University, and teaches in the PhD program.