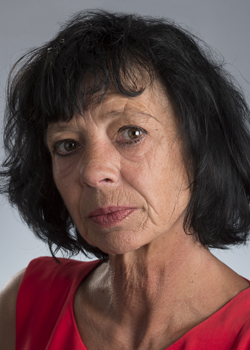 Jeanine Leane is a Wiradjuri scholar from south-west New South Wales. She currently holds a Discovery Indigenous Fellowship at the Australian Centre for Indigenous History, Australian National University. In 2010, after a long career as a secondary and tertiary educator, she completed a doctoral thesis that analysed three iconic settler representations of Aboriginal Australians. Jeanine's first volume of poetry, Dark Secrets After Dreaming: AD 1887–1961 (2010) won the Scanlon Prize for Indigenous Poetry from the Australian Poets' Union. Her manuscript Purple Threads won the David Unaipon Award at the 2010 Queensland Premier's Literary Awards and was shortlisted for the 2012 Commonwealth Book Prize and the 2012 Victorian Premier's Award for Indigenous Writing.

'Jeanine Leane brings a clear eye and narrative strength to a body of work that has a strong political edge. Her poems mix irony and humour with anger to generate a powerful reminder of the impact on indigenous Australia of the invasion and settlement of this land just over two centuries ago,' writes ABR's States of Poetry - ACT State Editor Jen Webb. Read her full States of Poetry introduction here.

Jeanine Leane on what drives her poetry

The Aunties who raised me, their stories of people and Country, and the resilience of Aboriginal people inspire me. Activism and the pressing need to correct this nation's history to include and continue to include the voices and experiences of Aboriginal Australians is the driving force behind my work. I believe that all Aboriginal writing is political and that poetry is an excellent medium to express untold and repressed histories of my people.

Jeanine Leane on ‘Writing Landscapes’ on the NLA website

'Sunrise Sunset in Yangshou' in  Peril: Asian-Australian Arts and Culture, Edition 22 – Like Black on Rice (2015)