What a difference a month makes! In late March, as we were sending the April issue to press, how bleak the outlook was here in Australia, but especially overseas. Future print editions seemed doubtful because of the scale of the threat and the imminent lockdown.

One month later, any interruption to the print edition seems unlikely, with two caveats. Australia Post deliveries have slowed in recent days, and we’re unable to deliver the print edition to overseas subscribers, all of whom can access the digital edition free of charge. We will resume normal overseas delivery as soon as possible. It goes without saying that ABR – and the print edition – are here to stay.

Magazines matter, but infinitely more important than our schedules and vicissitudes is the health of the world community. While the situation in places like Italy, Spain, Iran, Turkey, India, and the United States is alarming (like the antics of America’s rabid leader), here in Australia the situation is so much more promising than seemed likely in the middle of March. Following clear messages from government and a range of preventative measures, the rate of infection with Covid-19 has decreased markedly. The Australian community has demonstrated immense unity and self-discipline, despite the loss of income and employment, and despite the curtailment of basic entitlements that would have been inconceivable in February. Nonetheless, we all know what has been delayed, undone, jeopardised, or even destroyed along the way. Arts companies have been ravaged, though canny ones are finding ways to innovate, entertain, and survive.

What will Australia look like when the crisis is over and when a vaccine becomes available (if that is possible)? Will we work as we formerly did? Will we fill cinemas and restaurants and concert halls? Will we travel in the old compulsive way? Will we be prepared to play sardines on trams and trains, exposing ourselves to all sorts of health risks – not just coronavirus? Might Australia emerge as a more self-reliant and compassionate society, a less plutocratic and chauvinistic one? These are some of the questions that inform Robyn Archer’s commentary on ‘the way we live now’, and Dr Hessom Razavi’s first article as the ABR Behrouz Boochani Fellow (a rather different début from the one we had in mind before the pandemic).

Imagine the nation’s arts council – Gough Whitlam’s proud legacy no less – choosing not to support the country’s premier opera company or string quartet or writers’ festival. Then imagine an Australia Council withdrawing its historical support from literary magazines, with the exception of one current periodical.

Well, the latter happened on April 2 when we learned that ABR – the recipient of multi-year funding for several years and of uninterrupted federal funding for at least three decades – would no longer be funded. Much has been said about this unfair and unjustifiable decision.  ABR – believing in the kind of transparency and accountability that we look for from the Australia Council – has been very direct in its response. We have made it clear that non-funding has significant consequences for readers, authors, freelance writers, and publishers.

The untimeliness of this decision has not escaped people’s notice. It seems extraordinary that the Council, at such a perilous time, will not fund seasoned, proven, innovative magazines that play a crucial role in the literary ecology.

ABR has many questions about the process. Federal funding in 2017–20 has enabled this magazine to flourish in unprecedented ways. We have met all our KPIs in spades. In our application we foreshadowed an even more ambitious and expansive program, with many new features: an extra issue each year, rising rates for our 300-plus writers each year, and total payments of $1,200,000 in 2021–24 (more than half of it from our own revenue). These commitments must now be reviewed.

Readers, though, should be in no doubt about the magazine’s viability or resolve. ABR is diminished, but not dimmed. This organisation has been through crises in the past, and doubtless there will be more in coming years, but nothing will shake our belief that Australians deserve a robust critical culture worthy of our national literature – and one that pays writers properly.

The response from readers, subscribers, contributors, and ABR Patrons has been phenomenal. Countless people have expressed their dismay and incredulity to the federal government and the Council. A few of the many messages we have received at ABR appear on our letters page. Your goodwill, your concern, your prompt subscriptions, and your exceptional donations are tremendously heartening and galvanising. We are particularly grateful to those contributors who have offered to donate their fees back to the magazine. Clearly, more is at stake here than just ABR. The Australia Council may think we can do without magazines of this kind; Australian readers certainly don’t.

All I can do, as Editor, all we can do collectively – staff, board, contributors, the army of volunteers and supporters that sustain this sixty-year-old enterprise – is to provide you with the most searching journalism we can, notwithstanding this lamentable decision by the Australia Council. 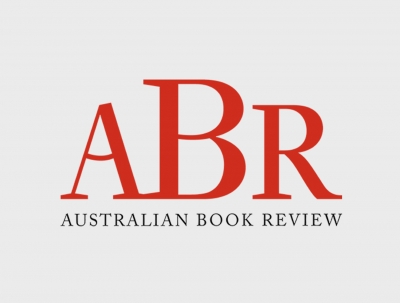