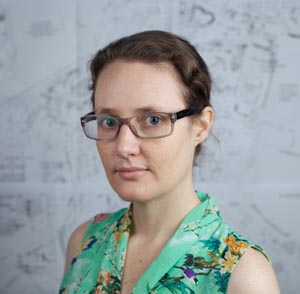 Jen Crawford's recent poetry is collected in the book Koel (Cordite Books, 2016) and the chapbook Lichen Loves Stone (Tinfish Press, 2015). Earlier works include Admissions (Five Islands Press, 2000) and Bad Appendix (Titus Books, 2008). Jen was born in Patea, Aotearoa New Zealand, and was raised in Aotearoa and in the Philippines. She moved to Australia in 1994, eventually earning a PhD in Creative Arts at the University of Wollongong. She recently returned to Australia after five years in Singapore, where she was the founding coordinator of NTU's Creative Writing Program, and she now writes and teaches within the Centre for Creative and Cultural Research at the University of Canberra.

'Jen Crawford is ... a colleague at the University of Canberra, though she is a recent addition to the Canberra community. Her poetry includes various experimental moves and techniques, and her gentle but incisive poems provide a sense of air and space in their phrasing and in their lineation.' writes ABR's States of Poetry - ACT State Editor Jen Webb. Read her full States of Poetry introduction here.

Jen Crawford's notes on her States of Poetry selection

The sources for 'abandoned house music' include David Quammen's 1998 essay, 'Planet of Weeds', which imagines Earth ecology into and beyond mass extinction. The poem enters this territory too, via Christmas Island, under the sign of the koel, the 'nest-thief'. 'Lopping' is made of material cut from a report. 'Reshelve' draws from language gathered around Thai floods, Singapore's 'Penguingate' controversy and the pseudactaeon fly as a fire-ant control measure. 'did, have' is a travel journal, much of which was composed from conversations heard in London, Paris, and Palmerston North. 'Abandoned house music' and 'reshelve' appear in the chapbook lichen loves stone (Tinfish Press, 2015) and the book Koel (Cordite Books, 2016). 'Did, have' was published in the chapbook Napoleon Swings (Soapbox Press, 2009).