Song of Less by Joan Fleming

In the years since Les Murray’s The Boys Who Stole the Funeral (1980) and Alan Wearne’s The Nightmarkets (1986), the verse novel has become, despite its inherent difficulties, an established literary form in Australian poetry (and fiction, for that matter). Verse novelist Dorothy Porter (1954–2008), with The Monkey’s Mask (1994) and other works, gave it further prominence. Steven Herrick is just one of the poets who are making it an important part of the Young Adult field. A series of interviews with Australasian verse novelists (The Verse Novel), edited by Linda Weste, has recently gone into a second edition.

Among the more frequently encountered difficulties with verse novels is density of imagery. Too little of it and the reader will mistake the writing for prose; too much and narrative momentum, one of the form’s chief strengths, will be seriously slowed. Characterisation is a second problem. There is no time for too much of it – yet without enough the work will be stillborn.

Wisely, Fleming is not too specific about what exactly has caused the cruelly limited world in which her story is enacted. Certainly, it has had something to do with climate change, but it also seems to have been more complex, and more thorough, than that. Fleming’s small band of characters move through a landscape that is hugely diminished from the one they can just remember from their prelapsarian years. Its days are an unending, seemingly seasonless twilight (reminiscent of a nuclear winter), in which the group is doomed to begin again what might loosely be called ‘the human story’.

Echoes of Genesis, and the Old Testament more generally, are strong but subtly handled, with some pointed variations. Fleming’s society, for example, is essentially matriarchal with a Grandmother figure holding what wisdom there is, based partly on her memory of the ‘Almanac’, and her all too brutally acquired knowledge of human nature. The male element, however, is not entirely subdued. The character Cousin Butcher is a powerful manifestation of it. Cousin Groundpigeon and the husband of Cousin Frogmouth are slightly less problematic and more balanced.

Though lineated verse (even a sonnet) is occasionally used, Fleming’s story is mainly told through a series of vivid prose poems spoken by characters named after bird species, now apparently extinct. A central strand here is the sexual relationship involving the disfigured woman, Cousin Twig, who is initially drawn to Cousin Groundpigeon, but gives way instead to the hardly sentimental insistence of Cousin Butcher. The tone of their first intercourse is indicative of the book’s tone more generally: ‘I let myself be guided / behind the Resting Trees / I let the one who wanted to / cut away / my smells // I don’t know how he got into my cave / don’t ask  me // You can’t be in another’s cave / unless you’re Gone / as we well know // I felt the licking flamelets of power / as I pushed him off me afterwards / when all he wanted was / another go.’ Later, Cousin Twig wonders ‘if / the time he roped me / back / was when he planted / the bad seed’ – which leads, in turn, to a kind of false-hope child who, seemingly, has to be put down.

Fleming’s is a violent but convincing world of compelled rebirth, which we are powerfully and poetically urged to avoid.

Paradoxically then, after Fleming’s dystopia from the indefinite future, it is more than discomfiting to begin Geoff Goodfellow’s Blight Street and to be reminded of a dystopia that has been with us for generations: that is, intergenerational poverty and its associated addictions.

At only forty-eight pages, Blight Street is reasonably described by its publishers as a novella. It is presented in just three monologues – from sixteen-year-old Carl, his eight months-younger girlfriend, Larissa, and, finally, from Carl’s father, Sean. Each monologue is broken into discretely titled poems that describe the blighted fate of at least four generations across a number of families and hint at its repetition in a fifth.

The novella is prefaced by Chris Kourakis, South Australia’s current chief justice, who draws attention to its concern with ‘the heroism of the working class struggle, the tragedy of addiction and the celebration of love and sexual attraction’. It is not long, however, before the reader sees that the book’s merits go well beyond its possible social value to its characters’ demographic – and to those born in luckier circumstances.

Goodfellow’s narrative begins with Carl who is (narrowly) still at school and living with his thirty-one-year-old mother, Bec. Bec is four years into sobriety, and some adult education, with help from Alcoholics Anonymous. In successive poems we learn that both Bec’s mother and grandmother are, or were, major alcoholics.

In the final section, spoken by Carl’s father, Sean, it is revealed that the narrator is in jail for cooking and selling ice, to which he’s seriously addicted. In the book’s penultimate poem, we discover that Sean’s sister is also in prison and that his older brother has ‘O.D’d / three years back’, being left to die by friends who ‘were too shit scared to ring / an ambulance’. Larissa, in the book’s second section, details comparable problems – a father who is in prison for molesting her and a mother who has become a helpless gambling addict.

Given all this, it is remarkable that the reader is left with considerable optimism. As Larissa and Carl are about to become teen parents in the kind of situation that spoiled Bec’s earlier years, Bec, in a crucial scene, gives them advice that will almost certainly prevent the cycle’s happening again. Unlike Carl’s somewhat
pretentious middle-class teachers, Bec speaks from experience and with determination.

Larissa recalls how Bec unceremoniously drags her and Carl out of bed on their first night of sleeping over: ‘she went on for some time about / teenage pregnancies / & how they limit what life can offer // she said she understood where we were / coming from / (then talked about falling pregnant with Carl / at fifteen) / & talked about raging hormones / how we really had to learn to think / long term’. This is the core of Goodfellow’s novella. In the last section, Sean says: ‘I don’t want to make too many excuses / but I didn’t get much of a start.’ Just before this, he tells us: ‘I grew up / with alcoholic parents / both of ‘em on the piss seven days a week / and blueing like a pair of mongrel dogs.’

Goodfellow strikes a nice balance. Certainly, much of the dysfunction of the addicted poor is environmentally determined (and could be addressed structurally by a more sympathetic and discerning society) but there also remains the continuing possibility of actually taking Bec’s advice to ‘learn to think / long term’.

A mark of the author’s artistry is that, in such a short space, he makes us care for, and truly understand, these people and their profound predicaments, without falling into either a fatalistic apathy or mere sentimentality. 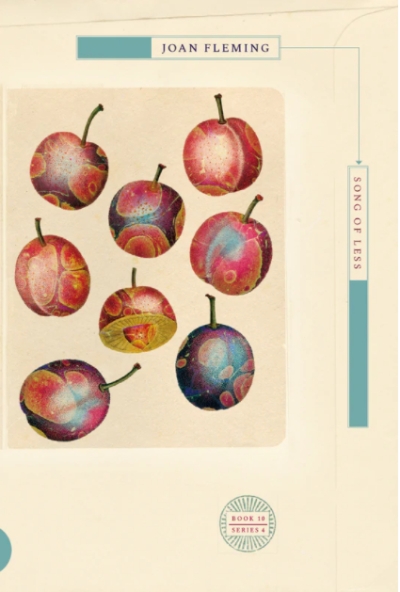