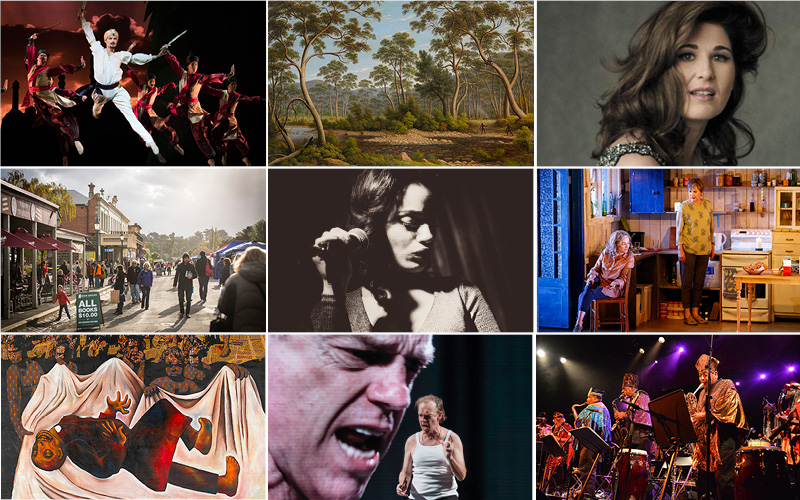 According to Artistic Director Michael Tortoni, the overarching theme for this year’s Melbourne International Jazz Festival is the search for common ground: jazz as a musical form capable of embracing a multitude of styles and influences, from classic to funk, hip-hop to electronica. 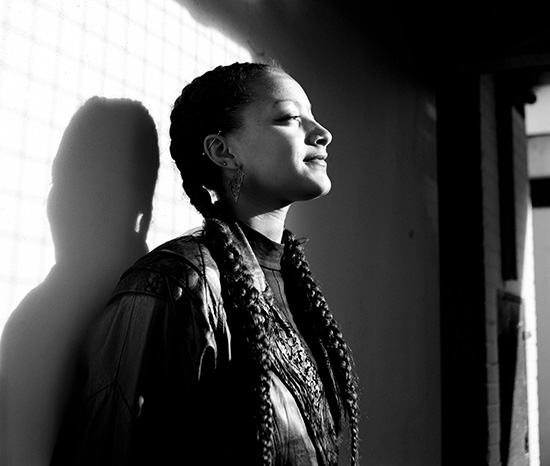 High-profile international names appearing include Branford Marsalis; French-American singer Madeleine Peyroux; the Sun Ra Arkestra, under the direction of ninety-four-year-old Marshall Allen; singer Gretchen Parlato; percussionist Terri Lynne Carrington, who will be fronting her sextet Social Science; and exciting young saxophonist Nubya Garcia, who is in the vanguard of the new wave of jazz in the United Kingdom. Saxophonist Maceo Parker, known for his pioneering work with James Brown and George Clinton, will lead a large ensemble in a tribute to the music of Ray Charles; and bassist Christian McBride will perform with his latest quartet New Jawn in a series of intimate club gigs at Jazzlab. 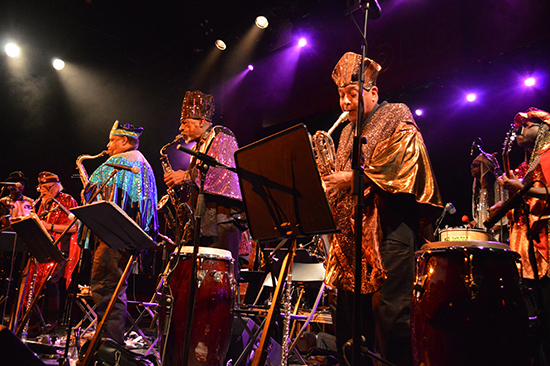 Sun Ra Arkestra under the direction of Marshall Allen

There are several ambitious collaborations scheduled, including the première of Paul Grabowsky’s Gravity Project, combining local and Japanese musicians; a reprise of The Others – an eclectic trio comprising James Morrison, Paul Grabowsky, and Spiderbait’s Kram – whose performance was a highlight at the 2017 Wangaratta Jazz Festival; and leading New York saxophonist Tony Malaby, who will perform in trio with Sydney drummer Simon Barker and Canadian pianist Kris Davis, and also with the Monash Jazz Ensemble. Harry James Angus, well known for his work with Cat Empire, presents his new project fusing Greco-Roman myths with gospel music; pianist Barney McAll will perform new arrangements of the work of the great gospel composer Doris Akers; and pianist and vocalist Brenton Foster, the recipient of the 2018 PBS Young Elder of Jazz Commission, will unveil the première of Love As We Know It, developed in collaboration with US poet Christopher Poindexter. 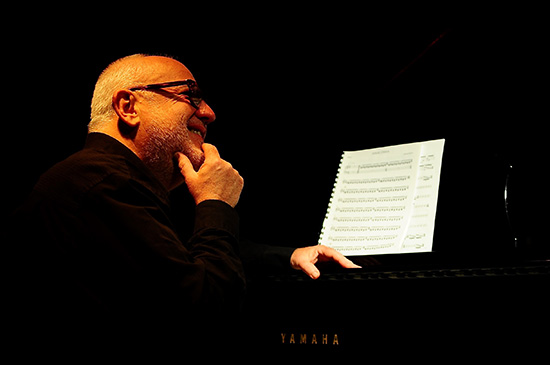 Once again, the 2018 Festival promises to be a diverse and wide-ranging event, with more than 100 performances scheduled at twenty-six venues across the city, including Hamer Hall, the Melbourne Recital Centre, Jazzlab in Brunswick, the newly opened Southside Jazz Room in Elsternwick, and others. The full program can be found at: http://melbournejazz.com/

This month, Nicole Car is making her début with the Australian Chamber Orchestra in a program featuring Mozart, Beethoven, and Verdi. In addition to the Ave Maria from Verdi’s Otello, she performs three concert arias by Mozart and Beethoven’s great essay in the form, ‘Ah, perfido’. 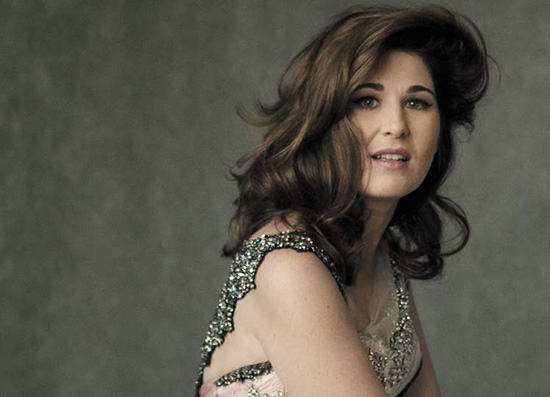 Nicole Car comments: ‘I feel like in their stand-alone concert arias – because they knew that the singer wouldn’t have to sing an entire three-hour opera – they were composing to stretch the voice just as much as they could. So I’m really looking forward to the challenge involved in singing these concert arias, as well as getting into these strong female characters.’.

The ACO’s Nicole Car concerts also feature performances on a rare 1726 Stradivarius violin, which was purchased by ACO Chairman Guido Belgiorno-Nettis and Michelle Belgiorno-Nettis for long-term loan to the ACO. The custodian of this rare instrument, named the Belgiorno Stradivarius, will be ACO Principal Violin Satu Vänskä, who will perform Beethoven’s Romance for Violin and Orchestra in F major.

The ACO’s Nicole Car concerts will tour nationally until 24 April 2018.

Thanks to the Australian Chamber Orchestra, a new or renewing subscriber to ABR will receive a double pass to Nicole Car’s ACO concert in Sydney on 20 April 2018. To learn more, see the giveaways section below.

The picturesque country town of Clunes, located ninety minutes north-west of Melbourne by car, will again be turned into ‘Australia’s largest book shop’ when the twelfth annual Booktown Festival is held over the weekend of 5–6 May. Festival goers can browse rare and collectible books, explore heritage buildings, listen to live music, watch street performers, and sample local food and wine. Richard Flanagan, Josephine Wilson, and Eddie Ayres are among the guest speakers.

‘Not only does the festival celebrate the love of books, and everything about them, but it also shines a light on regional Victoria generally, and specifically on Clunes: a small rural town in country Victoria renowned across the globe as a hub of ideas and arts,’ said Tim Nolan, Chair of Creative Clunes. 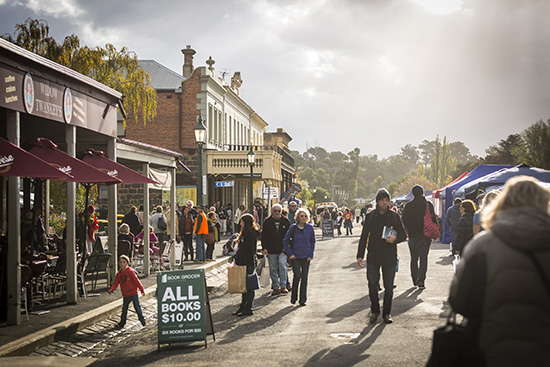 This year Clunes will be hosting a conference of the International Organisation of Booktowns, of which Clunes is the only Australian member. A ‘booktown’ is defined as a community-focused regional town with a high concentration of mainly secondhand and antiquarian booksellers – such towns include Ascona (Switzerland), Wigtown (Scotland), and Selfoss (Iceland).

Fortyfivedownstairs and Future Leaders are inviting submissions from emerging Australian visual artists for the Emerging Artist Award 2018. The Award is open to works of art that ‘exemplify innovation and originality’ across a range of media and styles. According to fortyfivedownstairs, the Award is an opportunity to ‘examine developing trends in the contemporary art scene while allowing emerging artists to gain exposure in a professional setting and kick-start their careers’. Two successful applicants will each receive $3,000. A selection of works will be chosen for a two-week exhibition from 19–30 June at fortyfivedownstairs. For more information, visit the fortyfivedownstairs website.

Recently, Melbourne lost its last great outlet for recorded music: Thomas’ Music on Bourke Street. According to the ANU Press, practitioners of classical music and jazz are being squeezed out of the recording industry, as ‘record labels are no longer able to make their projects financially viable’. Composer and recording artist Dr Kim Cunio of the School of Music at the Australian National University has been the driving force behind a new ANU Press initiative to publish music under its own new label from 2019 to distribute music projects with ‘a focus on innovation, research, and accessibility’.

‘Fifteen years ago a record sold for $25-$30 and if you sold 10,000 copies in Australia, which is a very good run for a classical or jazz record, your record company could make a good profit. With online distribution, that same record is selling for about $6. If it’s on Spotify, your work can get thousands of plays and you take home cents, not even dollars. The music that is supported by commercial record labels is surviving, but other musicians across classical and jazz just aren’t able to make a living anymore.’ For more information, visit the ANU website.

Highlights include musical acts St Vincent, Laurie Anderson, and Einstürzende Neubauten; Olivier Messiaen’s Quartet for the End of Time performed at Port Arthur (the perfect venue for it, some might say); a live performance by Canadian Inuk throat singer Tanya Tagaq, to a screening of Nanook of the North (1922); and ‘Dark and Dangerous Thoughts’, a two-day symposium of literature, film, ideas, and conversations. A number of fixtures from previous festivals will return, including Ryoji Ikeda’s xenon light show, the Twin Peaks-inspired Bang Bang Bar, Dark Park, Winter Feast, and the nude solstice swim. 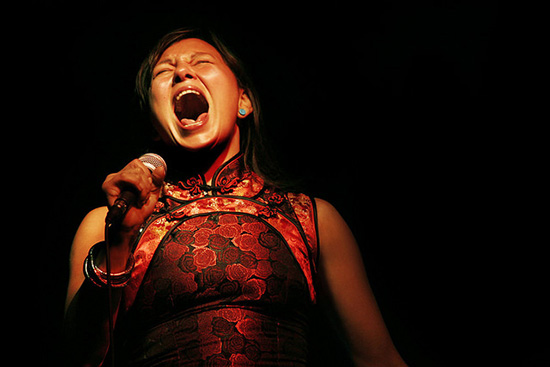 Tanya Tagaq (photograph by Shelagh Howard, courtesy of the artist)

‘We’ve pulled together our most expansive lineup yet … it’s always difficult to know how the festival will unfold for the audience. We just strive to try and find new ways to experience the darkness, and hope that people will continue to embrace it, and enjoy Hobart’s longest nights,’ said Dark Mofo’s Creative Director Leigh Carmichael.

Sydney Symphony Orchestra will be mentoring sixty-four students from regional New South Wales as part of its annual pop-up music camp Playerlink! at the Central Coast Conservatorium from 13–15 April 2018. This three-day program will provide students with the opportunity to work alongside thirteen SSO musicians, culminating in a free ‘work in progress’ community concert on Sunday, 15 April.

‘Many of these students have limited opportunities to play in a full orchestra, while others might be the only young person learning their instrument where they live. The Sydney Symphony Orchestra believes that music is for everyone,’ said Linda Lorenza, SSO Director of Learning and Engagement. Playerlink! has supported young musicians in regional New South Wales since 1994.

New York-based musician and film director Laurie Anderson will take up residency at Gold Coast’s Home of the Arts (HOTA). She will perform five pieces during her stay (20 to 24 June), including one world and two Australian première concerts, using ‘multimedia soundscapes and technology’. Première performances include ‘Sol’, a recording she made in 1972 for her teacher, the artist Sol LeWitt, which has been expanded to be played with a quartet; Songs from the Bardo, a musical representation of texts from the Tibetan Book of the Dead, in collaboration with Tenzin Choegyal; and Concert for Dogs, a twenty-minute concert of ‘violin, vocals, keyboards, and electronics’. 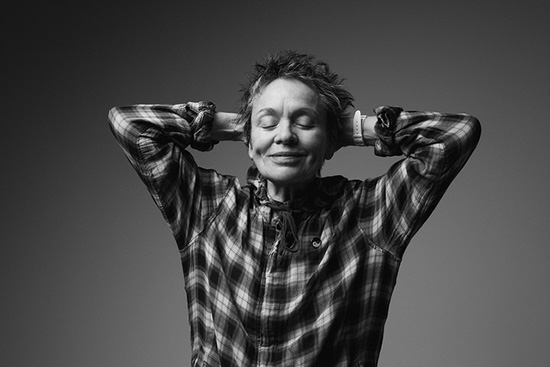 Laurie Anderson (photograph by Ebru Yildiz, courtesy of the artist and Dark Mofo)

‘Laurie is a leading light on the global stage of innovation and experiment in music and performance … it’s a huge honour for the Gold Coast that she has accepted the invitation to be our first international artist in residence,’ said HOTA Chair Robyn Archer. For more information, visit the HOTA website. 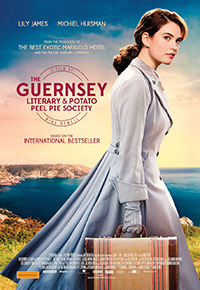 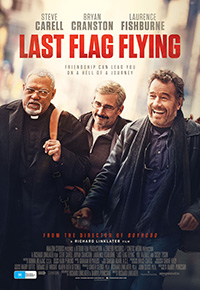