The Animals in That Country by Laura Jean McKay

Talking animals in fiction have, for the most part, been confined to children’s or otherwise peripheral literature. Yet they often serve a serious purpose. Aesop’s fables, with their anthropoid wolves, frogs, and ants, have been put to use as moral lessons for children since the Renaissance. The ‘it-narrative’, fashionable in eighteenth-century England and perhaps best exemplified by Francis Coventry’s History of Pompey the Little: Or, the life and adventures of a lap-dog (1752), saw various animals expatiate their suffering at human hands.

In a similar vein, the equine hero of Black Beauty (1877), the creation of Victorian Quaker-reformist Anna Sewell, railed against life as a taxicab horse. The habit of contemporaneous critics has been to dismiss such works as irredeemably sentimental, anthropomorphic, or merely curious, even when – as with George Orwell’s political fable Animal Farm (1945) or Virginia Woolf’s Flush (1933), a ‘biography’ of Elizabeth Barrett Browning’s cocker spaniel – starkly adult concerns are operating.

What each of these examples has in common is that the animals depicted in them nevertheless remain indexed to the human realm, their otherness and agency – in a word, their animalness – elided. By contrast, a recent flurry of ‘serious’ Australian literature – including Eva Hornung’s novel Dog Boy (2009) and Ceridwen Dovey’s short story collection Only the Animals (2014) – offers complex, unvarnished portraits of the inner lives of animals, and of the often fraught entanglements between them and us. To this emerging body of work we can now add Laura Jean McKay’s début novel, The Animals in That Country. 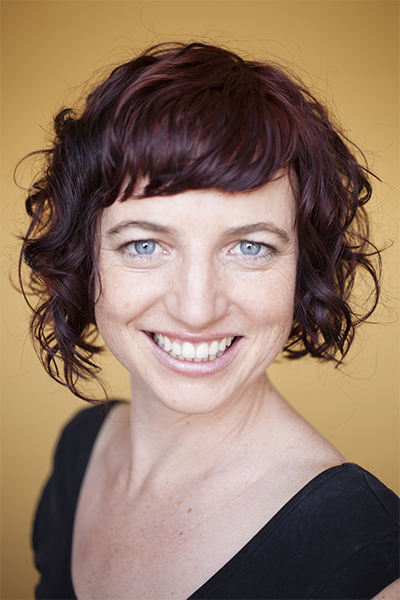 Its unconventional narrator is not, in fact, an animal, but a human: grandmother Jean Bennett, a tough-as-nails, possibly alcoholic guide in an outback wildlife park. ‘Tourists just want to stare into the eye of a four-metre croc,’ she says, ‘hold a blonde python, then sit on the zoo train with the breeze in their faces while I chug them on down to the back of the Park, to where we keep the dingoes.’ It’s the dingoes Jean likes best, and one in particular: ‘sweet’ Sue. Dingoes are one-person animals – and here the novel feels indebted to the demonological trope of the witch’s familiar. In the opening chapter, Sue even bites Jean and draws blood, as familiars are said to need to do in order to live – but Jean, characteristically, is under no illusions: ‘You can’t pop them in a backyard and expect them to be there when you get home from work. They’ll jump clean over your fence, be out ripping up chickens, finding a pack before you can blink.’

Jean’s relationship with the humans in her life is even thornier. She clashes with Angela, the Park manager who is also her daughter-in-law. Jean, separated from her ex, Graham, has a ‘weakness for… sausage-like guys [that] look like they’re about to burst out of their skin’, drunkenly bedding a succession of them. Only Kimberley, her granddaughter by Angela and troubled son, Lee, commands her unalloyed affection. Having established these characters with vivid economy – Kimberley is ‘like a toothpick in checks with a mop stuck on her head’ – McKay introduces the novel’s fulcrum with equal concision: a ‘superflu’ that becomes an epidemic in less than a week.

The parallel with the coronavirus pandemic currently sweeping the world is too eerie to miss, but the effects of ‘zooflu’ are altogether stranger: anyone who contracts it begins to understand the language of animals – mammals initially, then even the birds and insects too. Overwhelmed by the babble of strange voices – McKay’s animals don’t merely ‘talk’ but issue meaning, often of an oblique kind, through the sum of their minds and bodies – many are driven to a kind of madness, some drilling holes in their own heads to stop the voices getting in. Animals are released en masse, scorned, and killed. Civilisation begins to collapse.

Lee, effectively kidnapping Kimberley, takes off down south, seemingly intent on communing with a pod of whales. Jean, also infected, follows, unable – like Sue, whom she cannot bring herself to abandon – to resist the pull of her kin. All of this is sketched out in prose that is spare but colourful, viscerally imagined and alive with a distinctively Australian gallows humour. The book errs, perhaps, only in its resort to a deus ex machina-style development to tie off the plot.

What is so striking about the way that McKay depicts human–animal communication in the wake of the epidemic is its avoidance of mawkishness or wish fulfilment (Doctor Dolittle this isn’t). The animal language, appearing on the page in bold typeface with poetry-like line breaks, carries a harsh, uneuphemised logic of survival. In ‘animalese’, petrol is ‘dead whales’ and crows are ‘sky meat’. As Jean says: ‘They’ve got it in their heads we’re out to kill them and keep dropping food along the way. We’re just messy predators too clumsy to catch them. That’s how all these animals see us. We’re not “friend or foe”; we are the enemy, every single time.’

The novel’s boldest stroke is to recast the dream of interspecies communication as a nightmare, in the process reasserting rather than diminishing the alterity of animals (which here, in a further alienation, inhabit a temporality distinct from our own). In turn, McKay exposes our own animality anew, and challenges us to reconsider our unstable relationships with the non-humans in our lives without providing a pat moral.

This is an absorbing and affecting book, and one to which I’m able to pay the highest compliment: that, in the days after finishing it, the world felt different to me, its animals not speaking but not silent either. 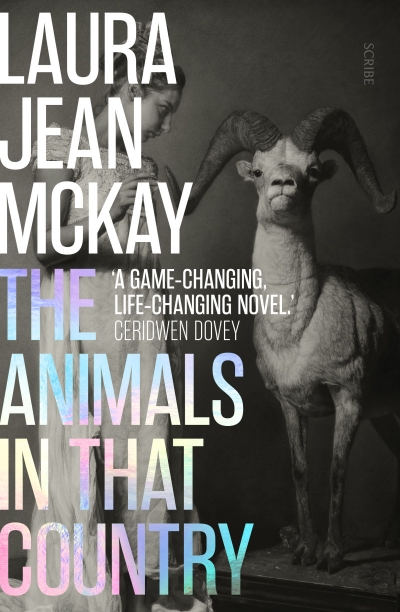 The Animals in That Country