When the stars align, in art as in astronomy, the results can be exhilarating and revelatory. This winter in Melbourne, as July’s ice began making itself felt, you could hear some of the greatest music ever written out of seasonal and psychological darkness – Franz Schubert’s three song cycles, Die schöne Müllerin (The Lovely Miller-Girl), Schwanengesang (Swan Song), and Winterreise (Winter Journey). And by serendipity (plus some inspired scheduling by the Melbourne Recital Centre), you could also hear and read a new generation of Schubert exponents and scholars reminding us just how profoundly these songs, composed almost 200 years ago, speak to us now.

Austrian bass-baritone Florian Boesch and Scottish pianist Malcolm Martineau are instinctive musical partners (forget any hierarchical notion of singer and accompanist), and in the Elisabeth Murdoch Hall’s limpid acoustic both their ensemble and distinctiveness were given full play. The seamlessness of their performance made one wonder what it might have been like to be present when Schubert first sang and played Winterreise to his coterie of friends – every nuance of meaning and effect of sound understood and embodied in the composer himself. No wonder his friends were disconcerted, unable to take in what he had created, and reluctant to absorb its implications. The audiences for Melbourne’s Schubert Journey were not reluctant, but their prolonged intake of breath, particularly at the end of Die schöne Müllerin and Winterreise, was like a barometer registering the emotional toll of the music and the resounding gravitas of Boesch’s and Martineau’s performance.

Florian Boesch is a formidable presence, his pale eyes intense under the dome of his shaven head, but his voice flexible and expressive in its mighty dynamic range. He reminds me of the writer Colm Tóibín, also formidable, but who transforms from saturnine to mercurial the minute you hear his Irish inflection, or catch the flash of irony in his eyes. For Die schöne Müllerin, Boesch’s body language was diffident, almost disconcerting – very much the disconsolate young man out of his depth (though never out of his vocal range). His performance was a sharp reminder of how vulnerable and young Schubert’s miller lad is, and how young (twenty-six), and yet how old and prematurely burdened too – he had already been diagnosed with syphilis – was Schubert himself when he set Wilhelm Müller’s poems and altered their sequence, making sublime tragedy out of a familiar trope and tale. Or perhaps, as Florian Boesch would have it, making comedy in the Shakespearean sense, where darkness is fully known but transcended. The miller-boy, as Boesch sings him, suffers but does not die of love. 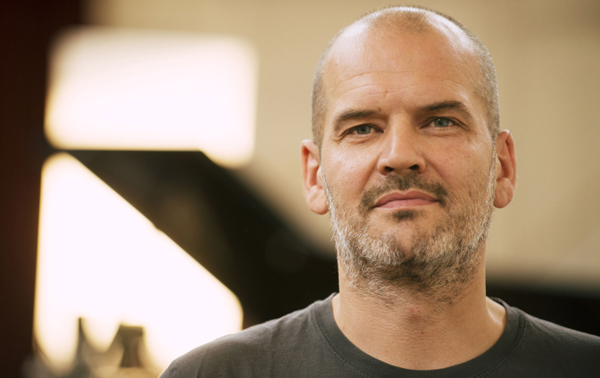 Schubert’s multivalent first song cycle is complex and layered enough to admit of many interpretations. And because Boesch and Martineau wove their dramatic narrative on a stage wrapped around by the Recital Centre’s hoop-pine arabesques, one had extra reason to imagine turbulent streams and Lorelei enticements. In ‘Tränenregen’ (‘Shower of Tears’), for example, the acoustic décor conspired with Boesch’s ebony bass to draw one down into mythic currents: ‘und wollte mich mit hinunter / in seine Tiefe ziehn’ (and wanted to draw me too / into its depths). And at song’s end, Martineau’s crystalline articulation turned the song’s final cadence into stark foreboding.

Over the three nights, Boesch and Martineau helped remind one what a master dramatist Schubert was, and how deftly he could switch moods while still building emotional pressure. ‘Tränenregen’, for example, is followed by the allegro jaunt of ‘Mein’, but the miller lad’s broad apostrophising of nature soon narrows into hysterically stressed assertion: ‘Di-e ge-lie-bte- Mül-le-rin ist me-in, ist- mein! Me---in, ist---mein!’ As his voice held the high fortissimo, Boesch’s face became a mask of agony.

Such an embodied performance (especially in Die Schöne Müllerin) is not going to be to everyone’s taste. But if in the days after the performance you went back to your old Schirmer score (as I did) and traced the notes while following the ABC FM re-broadcast, you would see how faithfully singer and pianist followed every dynamic marking, every accent, every grace note. Their performance was utterly distinctive, and we will never see another like it, but it was also a fresh re-imagining of a great lieder tradition of emotional capture. I was reminded of something Dietrich Fischer-Dieskau himself said – about lieder and opera – late in his life:

One has to listen to what the music says. Nothing can be done merely with calculation. One must be penetrated by the same warmth as the composer when he wrote. Then, and only then, comes the true interpreter who, with his heart filled with emotion for what he sings, will transport you into another sphere.

And how much the music says! Encoded in its poignant lilt, its irony, anguish, in its melodic and harmonic invention, is a history of European turmoil (the Napoleonic wars only a decade distant), of Vienna’s Biedermeier constraint and aspiration, of titanic and domestic literature. Schubert was a voracious reader. He mined his predecessors, contemporaries and friends – Goethe, Heine, Ludwig Rellstab, Johann Mayrhofer, Wilhelm Müller among them – for inspiration and for words to set. All the while he was also devouring whatever books he could lay his hands upon. In his last weeks he asked his brother to bring him more James Fenimore Cooper. He had already read The Last of the Mohicans. Why the idea of a fatally ill Franz Schubert, who never left Austria, turning his mind to the heroic tragedy of an American Indian tribe should be so moving I don’t know. But I am glad that there is currently much new material available to help explain why Schubert feels so close to us now, so much a companion in strife as in joy. This is the composer who could follow his sombre Winterreise by The Shepherd on the Rock, (the last song he wrote) with its rising exultant strains: ‘Der Frühling will kommen / Der Frühling, meine Freud’’ (Spring will come / Spring, my delight); the composer who was beloved of Samuel Beckett; the musician who leads seemingly naturally to Ravel and Debussy; the image maker whose created worlds can seem as bizarre or eerie as those of René Magritte (think of ‘Irrlicht’ – Will-o-the-wisp – or ‘Die Krähe’ – The Crow – in Winterreise), or as shocking as that of Edvard Munch. 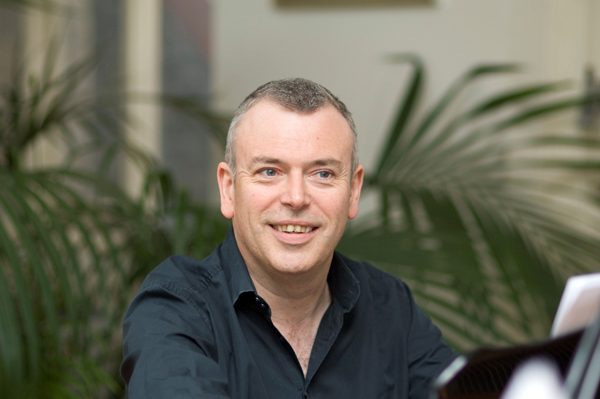 The Boesch/Martineau Melbourne recitals followed the recent concert appearances in Australia of English tenor, writer, and historian, Ian Bostridge, whose Singer’s Notebook (much of it devoted to lieder) and his deliciously wayward but enlightening Schubert’s Winter Journey, Anatomy of an Obsession offer a trove of Schubert lore and contemporary thinking about everything from vocal technique to Germany’s (now privatised) postal system. It was Bostridge who glowingly reviewed Graham Johnson’s monumental three-volume Franz Schubert, The Complete Songs (2014), in the New York Review of Books in April this year, and who quoted Benjamin Britten’s claim that:

It is arguable that the richest and most productive eighteen months in our music history is the time when Beethoven had just died, when the other nineteenth-century giants, Wagner, Verdi and Brahms had not begun; I mean the period in which Franz Schubert wrote the Winterreise, the C major Symphony, the last three piano sonatas, the C major String Quintet, as well as a dozen other glorious pieces.

‘Over the three nights, Boesch and Martineau helped remind one what a master dramatist Schubert was’

Whether or not one goes as far as Britten, it is not hard to accept his conclusion, that ‘The very creation of these works in that space of time seems hardly credible; but the standard of inspiration, of magic, is miraculous and past all explanation.’

You will find about as much musical analysis and contextual explanation as you are likely to absorb in Graham Johnson’s exhaustive (and charmingly personal) study of Schubert’s songs and musical milieu. An accompanist of renown himself, Johnson gives a vivid sense of how, where and when Schubert’s songs were performed, lending credence to Bostridge’s dictum that ‘music lives in performance’.

Schubert never heard Schwanengesang performed. Put together after his death, though probably in a sequence he had envisaged, it employs the tonally very different poetry of Ludwig Rellstab and Heinrich Heine to create songs of insinuating beauty and pounding heroics. Boesch’s elastic bass-baritone was equal to the cycle’s shifts of moods, and in his rendering of Heine’s ‘Das Fischermädchen’ there was a tantalising glint of a Don Giovanni. The famous Serenade (‘Ständchen’) he sang with perhaps more nonchalance and crooning ease than one expects. Martineau’s agile fingers made every transition from song to song significant: he can do irony and passion both, all with the subtle and varying pressure of his disciplined muscles. It was often impossible to choose where to look, whether at singer or pianist. For this performance they altered the sequence of Schwanengesang to end with a thunderous ‘Der Atlas’, more Heine than Schubert in its emphatic self-consciousness: ‘die ganze Welt der Schmerzen, muss ich tragen’ (the whole world of sorrow I must bear). After ‘Atlas’, and an unexpected departure from the stage, they came back with the hip-swinging, ragtime syncopation of ‘Die Taubenpost’ (The Pigeon Post) – and rapturous applause. Relief?

‘It was often impossible to choose where to look, whether at singer or pianist’

But after Winterreise, no such relief, and none wanted. Britten is right: this is one of the greatest works ever conceived. It has the energy, the manic extremes and harrowing depths of King Lear. To sing it, Boesch seemed to gather all his expressive strength into the voice, only his eyes being a visible conduit of emotion, sometimes demented, sometimes so far seeing he could have been in another dimension. Narcissus, nature, myth, Beckett’s tramps, Lot’s wife, Bach’s Christ, ‘despised and rejected’ – all are comprehended in Schubert’s modulations. And when he imitates himself in the heart-breakingly simple melody (‘poco animato’) of ‘Frühlingstraum’ (Spring dream), the impact is nigh-on unbearable, as was Martineau’s silvery precision – like a ghostly laugh. Finally, after the virtuosic, impressionistic intensity and gravity of the last songs comes the haunting ostinato of ‘Der Leiermann’ (The organ-grinder). It would be the musical equivalent of Lear’s devastating English monosyllables (‘She’s dead as earth’), except that it is radiant, shimmering with the afterlife of Schubert’s magical voice in song:

‘Wunderlicher Alter! / Soll ich mit dir geh’n?
Willst zu meinen Liedern / Deine Leier dreh’n?
(Strange old man / Shall I go with you?
Will you grind your organ / To my songs?)

Note: The Recital Centre is welcoming and generous to its audience, providing free and helpful program notes and translations, and offering free (and well attended) pre-concert talks and performances, in this instance by Songmakers Australia and friends.

Books referred to in this review are Ian Bostridge’s A Singer’s Notebook (2011) and Schubert’s Winter Journey, Anatomy of an Obsession (2015), both published by Faber. Graham Johnson’s three-volume Franz Schubert, The Complete Songs was handsomely produced and published by Yale University press in 2014. It carries the following epigraph from Peter Porter’s poem ‘The History of Music’:

And Paradise till we are there
Is in these measured lengths of air.