No Document by Anwen Crawford

I have been made by what was done, by what gets done, what I have made, and I can’t redeem one part of this.

No Document begins with a description of the opening sequence of Georges Franju’s Le Sang des bêtes (Blood of the Beasts, 1949) in which a horse is led to slaughter – a significant misremembering that Anwen Crawford rectifies later. Franju’s black-and-white documentary actually begins with a collage of scenes shot on the outskirts of Paris; surreal juxtapositions of objects abandoned in a landscape devastated by war and reconstruction.

Cinematic structure informs the narrative composition of No Document and permits Crawford to draw seemingly arbitrary connections through time: parallels between impressionistic memories of the friend to whom No Document is dedicated, their collaborative art practice, their shared activism, and historical snippets. She identifies with artists whose lives were abruptly curtailed, in particular Franz Marc and August Macke of Der Blaue Reiter school, whose work was declared ‘degenerate’ by the Nazi regime. Crawford links Marc’s Blue Horse (1911) and The Tower of Blue Horses (1913) to freedom of expression; his death in World War I to the slaughter of animals; the Nazis’ removal of Marc’s paintings to absence, detention, and Australia’s reprehensible treatment of asylum seekers.

Crawford graduated in photography from Sydney College of the Arts, has a Master of Fine Arts in poetry from Columbia University, and is best known for her critical writing on music and film. Her diverse interests inform a text that defies easy categorisation. It is an inventive combination of poetic devices and documentary fragments in a paean to friendship and creativity, and an elegy for a lost friend. Crawford positions her life in a historical and political context, intertwining personal grief with a meditation on the suffering caused by inhumane, self-interested actions. The combination is not without precedent. Like French memoirist Annie Ernaux, she writes to guard against ‘future absence’ (The Years, 2018), against forgetting; to salvage the past and make sense of the pain of absence. For Crawford, the present is a repetition of battles fought in the name of a better future. She finds herself ‘afflicted by the sadness of thinking that it is too late to remember the futures they were dreaming of’, and pictures herself

hand-in-hand inside a loop of

the violence of the state. I gather
I am gathered in the ghosts round.

The final passage of The Years begins with the words ‘to save’, followed by a list of evanescent moments. It ends: ‘To save something from the time where we will never be again.’ Crawford addresses the friend whose ghost is ever present (and whose name we only learn towards the end): ‘seriously what about our plan to take over the world, don’t think I’ve forgotten about it ’.

Crawford’s conjunctions – visual, linguistic, technical – between the processes of photography, filmmaking, and art production are pathways to understanding the enormity of loss, destruction, and sorrow; the calamitous scars wrought on body and mind by resisting injustice. Meanings multiply with repetition, seemingly innocuous terms assuming the significance of politically expedient euphemisms, like ‘rendition’ to refer to the forced repatriation of asylum seekers.

‘Latent within the word asylum is the notion of something inviolable, without right of seizure,’ she says of a word that has been used to denote a place of incarceration, the antithesis of sanctuary. Crawford is candid about her week in a psychiatric ward on suicide watch and about the self-inflicted scars that crosshatched her torso. She draws a comparison between her own body and the carcass of the slaughtered horse. She was ‘teenage in the 90s and it felt like the answer was to die, but what was the question?’ Though Crawford and I are a generation apart, I remember this feeling from my art school years, when despair and suicide attempts pervaded my peer group, as if we were ‘going crazy’ together, as if suicide were infectious. Psychology’s remedy was to advise Crawford to distinguish her own moods from ‘the state of the world’. Her response was characteristic: ‘But what if the problem, I said, is capitalism? ’

The accuracy of memories and the veracity of photographs that purport to document reality are brought into question. As Crawford says, ‘the photograph will frame a truth only the photograph contains’. She remembers scenes and places (Indigenous names meticulously cited), but conversations escape her: ‘There must have been many days and evenings when we sat in the shed where you lived / on Gadigal country […] and yet what we might have said has left me.’ African-American poet Claudia Rankine says that ‘a share of all remembering, a measure of all memory, is breath and to breathe you have to create a truce—/ a truce with the patience of a stethoscope’ (Citizen: An American lyric, 2014). Breath and the cessation of breath have, of course, taken on horrifying significance for the Black Lives Matter movement. But breath also informs poetic syntax and rhythm. In No Document it is represented by the space between thoughts and the pauses in lines of text. Ruled lines inserted in the text serve as fences, borders, redacted sentences, spaces that signify the unspeakable: the anomaly between some Australians’ belief that ‘we don’t behave barbarically’ and the shocking reality. The black-bordered rectangle that reappears periodically on a white page is an enclosure, a corral, but also an absence made visible; ‘the failure to remake a world where there is no place now that contains you’; the ‘no document’ of the title.

Perhaps Crawford feels guilty about her absence overseas when her friend died. She never saw his body, and ever since she has wondered if it would have ‘helped to have the fact of this |: body in my mind | to not be saying this |: goodbye.’

I don’t know if she found the redemption she sought by writing No Document, but what she has achieved is a stunningly crafted testament to the enduring power of art and literature. For a world often bereft of empathy and compassion, she quotes Franz Marc: ‘New ideas kill better than steel and destroy what was thought to be indestructible.’ 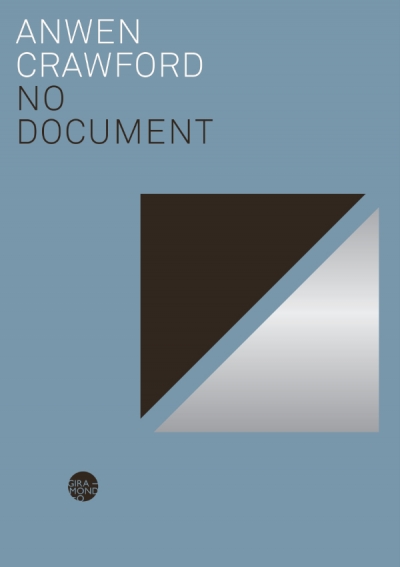