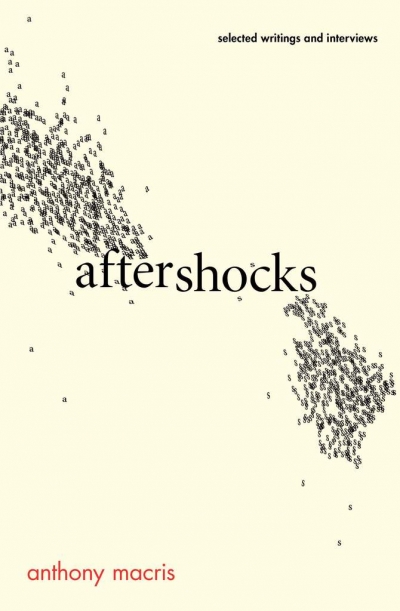 At the beginning of this wide-ranging collection of criticism by the novelist, critic, and academic Anthony Macris, the author notes wryly that an early candidate for the book’s title was Personality Crisis, such is its diversity of topics and styles. The implication here is that reviews and essays form a kind of autobiography. I’m not sure I would use the word ‘crisis’ to describe it, but certainly the portrait we have in this case is of a writer driven by very different kinds of curiosity: about literature and writing but also the art forms that lie beyond them – and, as centrally, by a social and political curiosity about the ways those forms change when they respond to the world around us.

Macris’s own part in that world began in Brisbane in 1962, where he grew up in a house at the back of his parents’ fish-and-chip shop. In 1998, Macris’s first novel, Capital, earned him a place in the Sydney Morning Herald ’s list of Best Young Australian Novelists. The work was the first in a series about the impact of market forces in people’s lives; the second novel, Great Western Highway, appeared in 2012. Along the way, Macris has worked as a Creative Writing academic at the University of Technology Sydney, has been a regular reviewer in the national media, and has published a memoir and, most recently, a collection of short stories.