Three recent début novels employ the genre of the Bildungsroman to explore the complexities of female experience in the recent historical past. 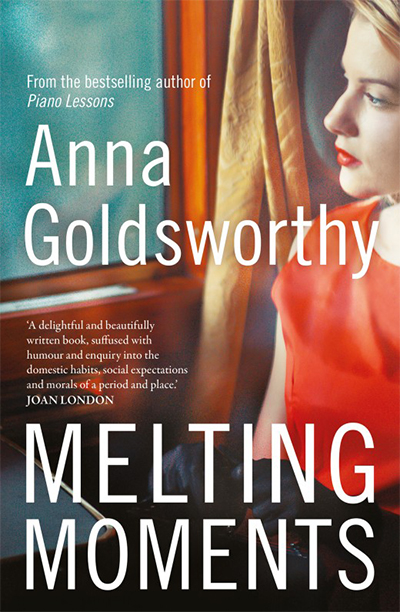 Anna Goldsworthy, widely known and admired as a memoirist, essayist, and musician, has now added a novel, Melting Moments, to her list of achievements. Set mainly in Adelaide from the 1940s until the end of the century, the novel charts the life of Ruby Jenkins from youth to elderly widowhood during a period of rapid social change. The title refers to sweet biscuits and acts as a metaphor for the domesticity with which Ruby defines her identity and sense of purpose. But while she remains a model of feminine compliance and middle-class respectability, she also has ‘moments’ of yearning or regret. Her discontent is partly symbolised by a recurring memory of sexual frisson with a married man, which she describes as ‘a summons. As if she had somehow misplaced her life.’ Her compensation is her ‘dream home’ and garden: ‘It seems to her that if she had this house – this one thing – it would allow her to give [her husband] everything else.’

Ruby also becomes adept at avoiding the unpleasant or disturbing. One striking example is her refusal to hear the details of what she intuits as her husband’s wartime trauma. When he finally gives her the opportunity to ask, she ‘suddenly feels dizzy’ and makes a cup of tea. The novel implies that there is a price to be paid – in this case, the loss of a more meaningfully intimate marriage – for adhering to bourgeois seemliness.

Ruby’s story is also that of a changing social landscape, sometimes plotted through the contrast between the lives of mother and daughter. A child of second-wave feminism, daughter Eva chooses to become a doctor; disdainful of traditional ideas of femininity, she reads Gray’s Anatomy with ‘an avidity that strikes Ruby as unladylike’. Her expectations of marriage also differ from those of her more conservative mother. Indifferent to public opinion, Eva divorces her unfaithful husband. When her mother praises him for continuing to be a good provider, Eva protests: ‘Is that the best I can hope for? Provision?’

A skilful blend of wit and pathos, Melting Moments is also a formally interesting narrative. Unlike the traditional Bildungsroman, which works through a gradual unfolding and amplification of events, the novel’s dominant mode is the moment or the scene. This narrative strategy makes for many deeply moving insights into Ruby’s inner and external worlds, from an early scene of fumbling marital sex to a late scene in which Ruby bathes the body of her elderly father. But this mode can also create gaps in which significant events tend to be summarised rather than imaginatively realised. This includes Ruby’s loneliness as a young mother; her son’s maturation; her husband’s physical decline; and a granddaughter who changes from a toddler to a university student with startling alacrity. Nevertheless, there is much to enjoy in this accomplished novel: resonant moments of tenderness or acerbic observations; the contradictions and complexities of character; and a stylistic poise that makes the writing feel uniformly, deceptively effortless. 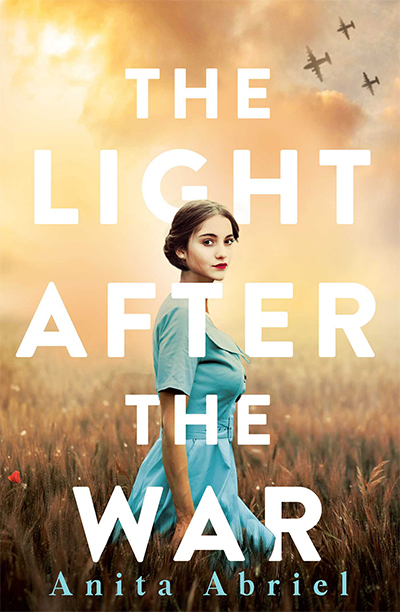 The Light After the War by Anita Abriel

In contrast to the familiar setting of Adelaide, Anita Abriel’s novel The Light After the War is set in ravaged, postwar Naples and various locations across the globe. Based on the true story of Abriel’s mother’s escape from a train bound for Auschwitz and her struggle to forge a new life, the novel follows the journey of a young woman, Vera, and her childhood friend Edith as they search for emotional stability and financial security in Naples, and then in economically prosperous but stiflingly patriarchal Caracas in Venezuela, and then, for Vera, a more liberated and autonomous life in 1950s Australia.

There are sections in the novel of considerable ethical and emotional power, in which survivors of concentration camps recall the dehumanisation to which Jews were subjected. Here is one anguished recollection: ‘First they took my suitcase with the photographs and pieces of jewellery sewn into dresses … Then I was taken into a dormitory with nothing but a prisoner uniform, and I thought, they can’t hurt me anymore, they have taken everything … But every day they took something more: the gold fillings in my teeth, the flesh that covered my bones.’ Such moments, rendered with eloquent simplicity, remind us of the ethically imperative injunction – one that Abriel recalls in the preface – that we must ‘never forget’.

What also matters in this novel is courage, resilience, and a fundamental belief in human goodness. However, the depiction of romance – a central source of hope in the novel – is marred by the use of pulp-fiction clichés. Bodies tremble; hearts race or pound; a man’s eyes are ‘liquid brown’, his cheeks ‘smooth as butter’. Pedestrian dialogue is further weakened by the fact that the characters rarely ‘speak’; in distractingly overwritten speech tags, they variously retort, muse, soothe, murmur, announce, declare, protest, gush, or implore. There is also a problem with narrative priorities. The arrival of Vera and Edith on Ellis Island, for example, is dismissed with a mere reference to ‘pass[ing] the health test’, while descriptions of social outings, glamorous dresses, and handsome suitors are often lavishly detailed. Even allowing for the youth of the characters and the novel’s focus on hope, such choices are symptomatic of a novel that at times hovers uneasily between Holocaust literature and popular romance. While the ethical intentions of The Light After the War are laudable, these stylistic and formal problems detract from the powerful story it wishes to tell. 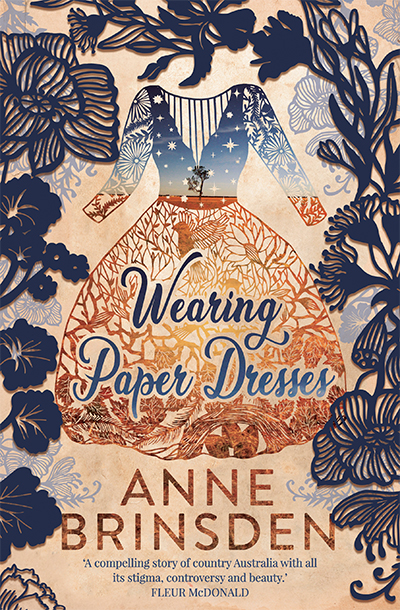 Anne Brinsden’s novel Wearing Paper Dresses returns us to Australia. Set mainly in the Mallee region in northern Victoria in the 1950s and 1960s, the novel is a sensorially vivid evocation of nature’s influence on the rural community. The creation of the social environment is similarly convincing: resisting the temptation of nostalgia, the rural community is represented as insular as well as emotionally generous, as shadowed by domestic violence while also supportive of the vulnerable.

Wearing Paper Dresses is also centrally concerned with gender. Rural masculinity in 1950s Australia, embodied in husband and father Bill, his father Pa, and the schoolboy Jesse, is either stoical and emotionally inarticulate, curmudgeonly, or compassionate. But it is troubled femininity that dominates the novel. Bill’s wife, Elise, is a psychologically astute and deeply moving portrait of the creative urban outsider who, isolated and frustrated, descends into depression and psychosis. Her daughter Marjorie, at first defiantly unconventional, becomes a pitiable figure of abjection. Stricken by an irrational sense of guilt, she leaves the family farm for the city and for a life of anonymity and emotional paralysis.

Here, too, there is the possibility of hope in a blighted psychological landscape. Hope is symbolised by the ‘magic’ of Elise’s paper dresses, made for the local school play; the Juliet costume she fashions is ‘a work of art, drifting in the late-afternoon light, surrounded by the ministering spangles of Mallee dust’. A ‘delicate papery creation’, the dress symbolises Elise’s creative ingenuity and her gift of beauty to the community. Hope also underpins the steadfast love of the father and grandfather, and the skilfully rendered meetings, late in the novel, between Marjorie and her mother. Marjorie’s friendship with Jesse is also tenderly affirming; they are two young people who ‘sculpted a tiny, secret life for themselves in the middle of the night, hidden inside the reality of their wintry daytime lives’. The tentative intimacy of these relationships is one of the highlights of this increasingly dark but ultimately uplifting novel of suffering and recovery. In real life, and some years ago, Brinsden has referred to the encouragement she was given by the acclaimed Indigenous writer Bruce Pascoe, who having awarded her first prize in a short story competition, urged her to ‘keep writing, girl’. Wearing Paper Dresses – an intelligently written, thoughtfully paced, and moving novel – is evidence of Pascoe’s faith in its fledgling author. 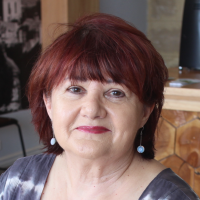