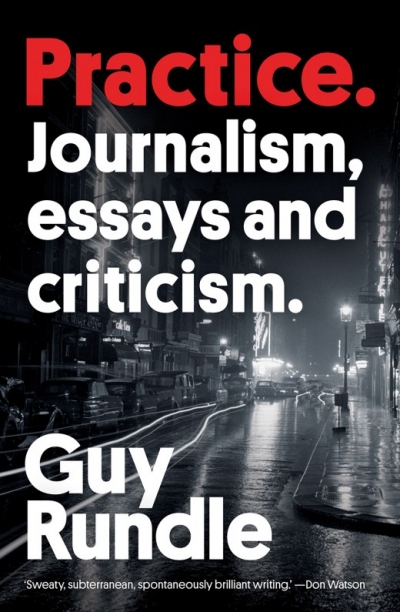 Not long into the Obama era, the American comedians Jon Stewart and Stephen Colbert hosted a high-profile ‘Rally to Restore Sanity and/or Fear’ in Washington, DC. In front of an enormous crowd of well-intentioned liberals, Stewart made a case for a return to the sensible centre. ‘We live in hard times, not end times,’ he declared. ‘The press is our immune system. If we overreact to everything we actually get sicker.’

The Australian writer–activist Guy Rundle, who was in the crowd that day, did not see things so simply. Modern politics was indeed a shouting match, he reported on the news website Crikey, but political dilemmas this complex would never be solved by ‘asking everyone to play nice’. Not all responses to problems were even equally valid, and some, like those floated regularly on Fox News, were ‘pernicious in their error’. Was it possible that this model of liberal progressivism – one that made rational appeals to a mass of sensible citizens in a universal political language – had reached a dead end?

This short essay does not appear in the new collection of Rundle’s writing, Practice: Journalism, essays and criticism, but its theme – the tension between the breakdown of political communication and the urgent need for progressive action – appears throughout. In pieces for Crikey, the socialist magazine Arena, and elsewhere, Rundle pulls the rug out from under our politics, insisting that we’re plunging headlong into economic, social, and ecological disaster, and that there doesn’t seem to be anything we can do about it.

Ryan Cropp is a Sydney-based writer and historian. He is a PhD candidate at the University of Sydney.

Ryan Cropp is a Sydney-based writer and historian. He is a PhD candidate at the University of Sydney.