Liberalism at Large: The world according to The Economist by Alexander Zevin

Few media institutions are revered across the mainstream political spectrum quite like The Economist. Since its founding in London in 1843, The Economist – which insists on calling itself a newspaper despite switching to a magazine format in the mid-twentieth century – has developed a reputation for intelligent, factual reporting and forthright advocacy for free trade and economic expansion. And it has weathered the digital storm far better than most publications, with print circulation now higher than it was prior to the arrival of the internet.

It is also, as City University of New York historian and New Left Review editor Alexander Zevin shows in this outstanding new history, an excellent prism through which to study and evaluate the record of ‘actually existing liberalism’. The Economist, Zevin writes, is where the bourgeoisie has spoken, ‘not as the only, or purest, expression of liberalism, but as the dominant one, with the greatest global impact for 175 years’.

Specifically, Zevin analyses how The Economist has responded to the three broad material and ideological forces that have shaped liberalism since the mid-nineteenth century: ‘radical demands for democracy, the ascent of finance in the global capitalist order, and imperial expansion, conflict, cooperation and continuing dominion’. His conclusions make for uncomfortable reading for all those who cherish their subscription to The Economist as an indicator of their capacity for reasoned and civilised thought.

Scottish hat-maker James Wilson was initially moved to establish The Economist as a way to campaign against Britain’s protectionist Corn Laws, but the enthusiastic free marketeer and internationalist, soon had much grander ideas. ‘We seriously believe,’ he wrote in his prospectus for the newspaper, ‘that FREE TRADE, free intercourse, will do more than any other visible agent to extend civilization and morality throughout the world – yes, to extinguish slavery itself.’ The Economist’s founding, writes Zevin, was ‘a milestone in political and economic thought, a bugle blast of the first age of global capitalism’.

The influence of the publication – and its editor – grew quickly. Wilson entered the House of Commons in 1847, and thereafter advised prime ministers on economic matters in both formal and informal capacities. Amusingly for Australian readers, he was later put forward for the role of governor of Victoria, but the appointment was blocked by the sovereign herself: Queen Victoria was not having a commoner in charge of the colony that bore her name.

Instead, Wilson was sent to India to work on taxation and financial matters in the aftermath of the Rebellion of 1857. Here, in Zevin’s telling, Wilson resembles a proto-neoliberal, relishing the power of his office and ‘seeking to apply in under one year policies that had taken decades to enact in England’. One is immediately reminded of the shock therapy carried out by Milton Friedman’s ‘Chicago Boys’ in Pinochet’s Chile, or imposed by the International Monetary Fund on the former Soviet states in the 1990s.

For all of Wilson’s passion and influence, however, it was his son-in-law, Walter Bagehot, editor from 1861 to 1877, ‘whose output and reputation are in a class by themselves in the history of the Economist’. Bagehot carried on Wilson’s habit of exerting political influence, with Gladstone calling him a ‘supplementary Chancellor of the Exchequer’ and consulting him on matters of finance. Bagehot’s reputation continued to grow throughout the twentieth century, and his The English Constitution (1867) is still considered a seminal work on the British political system. (Many students of politics have no doubt returned to it in the futile hope of making sense of the Brexit mess.)

While acknowledging his contributions as a prolific writer on an extraordinarily wide range of topics, Zevin presents Bagehot as somewhat less of a model liberal thinker than his admirers choose to imagine. He was an unabashed élitist, hostile to all attempts to expand the franchise to the ‘lower classes’. Virtually alone, he regarded Louis-Napoléon as a genius, and praised his Second Empire to the bitter end. During the American Civil War, he was scathing about Abraham Lincoln and sympathetic to the Confederacy. With regard to the British Empire, ‘Bagehot showed the same breezy, flexible confidence in imperial destiny as he did in English political economy.’

As Zevin demonstrates with great panache, this strain of imperial adventurism has been a mainstay of The Economist’s pages ever since. Whether Britain was seeking to prolong its centuries-long subjugation of nearby Ireland, or conquering far-flung territories in southern Africa, the Middle East, the Indian subcontinent, East Asia, and almost everywhere in between, The Economist urged it on. An exception to the rule occurred in the lead-up to and during World War I, when editor Francis Hirst urged neutrality and then a negotiated peace. For such heresy he was sacked in 1916.

The Economist became even more jingoistic as Western imperial power shifted across the Atlantic, forcefully backing the United States as it invoked the communist threat to bully smaller nations into serving its political and economic interests. It was outrageously wrong about almost every aspect of the US débâcle in Vietnam: the massacre at My Lai was a ‘minor variation on the general fallibility of men at war’, it shrugged. The Economist maintained its support for the war long after most sensible observers had acknowledged its immorality and futility.

As American imperial incursions and atrocities piled up – Indonesia, the Dominican Republic, Greece, Cambodia, Chile, Nicaragua, Grenada, Iraq, Afghanistan – the cheerleading continued. The Economist ‘never saw a war it didn’t like’, as its veteran foreign editor Johnny Grimond said to nervous laughter at his retirement party in 2012. Even after the disaster of the second invasion of Iraq in 2003, it remained adamant that US military might is a force for good in the world.

The Economist was similarly unrepentant in response to the global financial crisis of 2008. The near-total collapse of the international banking system did nothing to shake its belief in neoliberal economic orthodoxy and the institutional power of unregulated finance. ‘Steadfast,’ writes Zevin, ‘it acted as a kind of automatic stabilizer for a liberal ideological order suddenly racked with self-doubt.’

So, how has The Economist responded to democratic demands, imperial expansion, and the ascent of finance over the course of 175 years? Zevin persuasively and comprehensively shows it to have been spectacularly wrong on all three questions. Further, it remains blissfully unaware of the consequences of its worldview: ‘Averting their gaze, liberals have scratched their heads at the political volatility of the present, unable to recognize their handiwork.’

‘The Economist,’ we are told on its website, ‘considers itself the enemy of privilege, pomposity and predictability.’ Zevin has proved the emptiness of such claims with this masterful book. 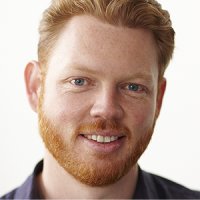 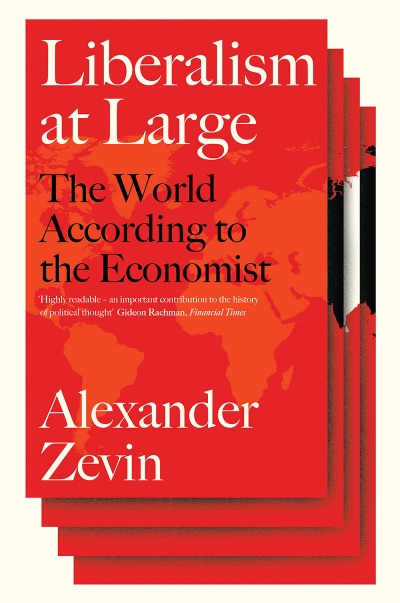