When the Calibre Essay Prize, now in its fourteenth year, closed on January 15, there was an oddly shaped, menacing elephant in the room. Few people were aware of the coronavirus, though it had been detected in China the previous month. Not until January 25 was the first case diagnosed in Australia. By the middle of March, of course, the full extent of the catastrophe was apparent, with untold consequences for society, the economy, and the arts.

For Calibre, the theme uppermost in people’s minds was undoubtedly climate change and the recent bushfires that had ravaged large part of Australia – some of them previously unaffected by bushfires. Then there was the customary range of subjects: literary criticism, philosophical speculation, travel writing, personal memoir, childhood memories, and domestic subjects, often poignant, sometimes harrowing.

Next year, we suspect, the balance will be upset by something called the pandemic.

Often, the two winning Calibre Essays are very different, reflecting the multifarious nature of the field. Last year, for instance, Professor Grace Karskens, the overall winner, introduced us to the remarkable Nah Doongh, one of the first Aboriginal children to grow up in conquered land, while the second prize went to Sarah Walker’s highly personal account of an abortion. (Sarah, who went on to become one of the first ABR Rising Stars, has a wonderful essay titled in this issue, 'Contested Breath', on the loss and commemoration of her mother at the start of the pandemic.) 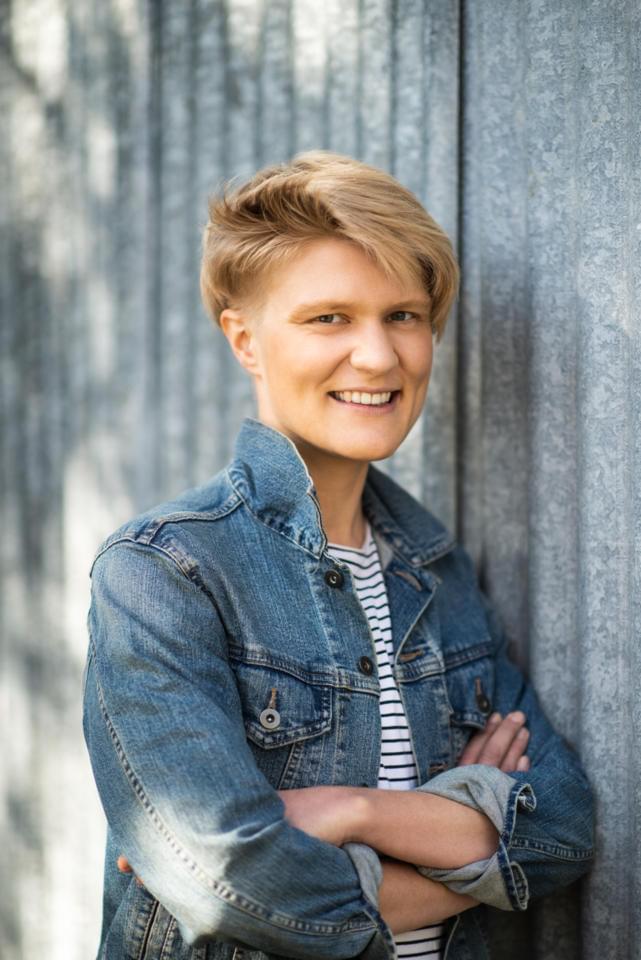 The winner of this year’s Calibre Essay Prize is ‘Reading the Mess Backwards’ by Yves Rees, a writer and historian who teaches at La Trobe University. Dr Rees has published widely on Australian gender, economic, and transnational history, and also writes on transgender identity and politics. ‘Reading the Mess Backwards’ is an absorbing account of ‘trans becoming’ in a personal context, addressed without rancour or self pity. It explores how we come to understand and perform our gender in a world of restrictive binaries and male dominance.

I am honoured to be awarded the Calibre Essay Prize. In my essay, I’ve sketched the kind of narrative I hungered to read: a story of trans becoming that digs into the messiness of bodies, gender and identity. My hope is that, as such stories proliferate, we will all – men and women, cisgender and trans – be liberated from the prison of patriarchy, with its suffocating gender binary. The recognition afforded by the Calibre Essay Prize is an important step in that struggle.

Our runner-up this year is Kate Middleton, the Sydney poet and critic, who began contributing to the magazine while still a student almost twenty years ago. Kate’s essay, entitled ‘The Dolorimeter’, is a riveting meditation on ill health over many years. We look forward to publishing it in the next issue.

In addition, the judges commended five other essays. They are Sue Cochius’s ‘Mrs Mahomet’, Julian Davies’ ‘A Small Boy and Cambodia’, Mireille Juchau’s ‘Only One Refused’, Laura Kolbe’s ‘Human Women, Magic Flutes’, and Meredith Wattison’s ‘Ambivalence: The Afterlife of Patrick White’. We look forward to publishing some of these essays in coming months.

ABR gratefully acknowledges the generous support from Mr Colin Golvan AM QC and Peter and Mary-Ruth McLennan, whose donations make the Calibre Prize possible in this form.

We look forward to presenting the Calibre Prize for a fifteenth time in 2021.

Most poets’ centenaries go unnoticed in this country, but Gwen Harwood’s feels different. When she died in Hobart in 1995, aged seventy-five, she was ‘undoubtedly Australia’s most loved poet’, as Peter Porter, not exactly unpopular himself, noted in an illuminating review of her posthumous Collected Poems (University of Queensland Press, 2003).

Most loved? So Harwood perhaps remains twenty-five years after her death, certainly among Australian poets. When ABR invited a number of them to contribute to a special podcast tribute, the response was swift. Readers include old acquaintances of Gwen’s – Stephen Edgar, Andrew Taylor, Chris Wallace-Crabbe, Andrew Taylor, Stephanie Trigg, our Editor, whose first collection she launched in verse back in 1990 during a rare visit to Melbourne (her travels were few, and she never left Australia; perhaps, like Emily Dickinson, she felt, ‘To shut our eyes is Travel’); her biographer, Ann-Marie Priest (whose long-awaited book has been pushed back to 2021 because of the pandemic); her editors Alison Hodinott and Gregory Kratzmann; and composer–collaborator Larry Sitsky, who reads ‘Night Music’, Gwen’s 1963 response to his music.

Porter’s review – well worth revisiting (TLS, 9 May 2003) – is illuminating. He notes that Harwood’s poetry is ‘suffused with music’ and rates her as having ‘as natural a feeling for tetrameter as Auden’ – high praise coming from him. Then there is this classic Porterism:

Harwood’s regular metric and rhymes swathe the lurking horrors in suburban reasonableness. She might have found another way to shock her contented nation, but she chooses to outfit her demons with the reassurance of perfected form.

Porter, who regarded Harwood as ‘a great thinker in poetry, very much the Empson “argufier”’, rightly considered her neglect overseas ‘deplorable’. What more did they want in London or New York? At the time, Porter’s closing remarks may have seemed a little surprising, even heretical to some – but not in 2020, when Harwood’s wit, emotional range, and metrical gifts seem ever more treasurable. Porter wrote:

It looks, after all, as if lovers of Australian poetry have been getting their messages crossed. Gwen Harwood turns out to be the most accomplished poet the country produced in the twentieth century.

A coming episode of the ABR Podcast (due to be released on June 4) features some of Harwood’s most celebrated poems, including ‘The Twins’, ‘Dialogue’, and ‘Suburban Sonnet’. The podcast concludes with ABR Laureate Robyn Archer’s sung version of the latter poem.

Advances liked this anecdote about another of the featured poems, ‘Carnal Knowledge I’. When The Australian published it in 1972, an editor asked Harwood to change the title to ‘Love Songs’. She declined. Years later, she remarked to Greg Kratzmann, ‘What other kind of knowledge is there?’

We’re delighted to be able to reprint ‘Carnal Knowledge I’ in the June–July issue.

A nation of thinkers

What authors need most – especially right now – is a sense of security: the freedom to advance a major project with the kind of financial ease that the rest of the community takes for granted. Right now, with a noticeable tightening in the publishing sector and the postponement of many trade titles, this security is in short supply.

Which makes the Copyright Agency’s Fellowships for two creative writers and one visual artist even more significant. As Kim Williams, Chair of Copyright Agency has stated, ‘We’re really pleased to be able to offer even more support for our members who work so hard to make Australia a creative nation as part of a broader aspiration to be a nation of thinkers.’

Each Fellowship – two of them literary, one artistic – is worth $80,000. Applications for close on 29 June 2020. More information is available on Copyright Agency’s website.