On Robyn Davidson: Writers on Writers by Richard Cooke

The women that Robyn Davidson had a powerful effect on, Richard Cooke tells us, include author Anna Krien, adventurer Esther Nunn, and his wife. ‘I watched as the power of this book and its author, their energy and weight, worked an entrainment across cultures and generations,’ writes Cooke. In some ways his essay charts his struggle with that power. How not to fall into the trap that others who have tackled Davidson have fallen into? ‘I lagged decades of writers and pilgrims, interlopers and fans. Reading interviews to try to chicane through the questions already asked was pointless. They most often sought answers about the same thing – her first book, now published forty years ago.’

That book, of course, was Tracks. Everyone wanted a piece of Davidson before, during, and after its publication, but the more she insisted on her desire to be alone the more people wanted to get close to her. There was a deep, slightly pervy fascination with a twenty-six-year-old woman undergoing a 2,500-kilometre journey from Alice Springs to the coast of Western Australia, with three camels and a dog, in the late 1970s. The people who made versions of that journey not irregularly, Indigenous Australians, were treated with contempt. A white bloke would not have garnered the same attention. In Tracks, Davidson talks at length about the racism and sexism that fuelled social relations in central Australia, and Cooke draws on this to make interesting observations on the ways in which Davidson’s book changed the way we understood our First Peoples and their lands (though even as recently as 1996 the difference between Davidson’s first book, Tracks, and her fifth, Desert Places, was reviewed thus by Rosalind Sharpe in the Independent: ‘Australia, with its empty, hygienic spaces, sprinkled with people who understand English, was unimaginably different from India.’)

Cooke also does a good job of conveying Davidson’s extraordinary charisma – informed, to be sure, by a real intelligence, grit, determination, and all-consuming rage – a charisma that catapulted her across a continent, into the public’s consciousness. I appreciated his insight into one of the sources of that charisma: the desert itself. ‘By venturing into the desert, Robyn Davidson was also entering a literary landscape.’

As I read Cooke on Davidson, however, I was aware of a distance between the critic and his subject, one that was not in the other Writers On Writers books I have read. In On Patrick White, Christos Tsiolkas discusses the impact of Manoly Lascaris, Greece, and spirituality on White’s work in ways that convey intense excitement. In On Kate Jennings, Erik Jensen takes us behind the scenes of a life to create a portrait that changed how I read Jenning’s work. In On Shirley Hazard, Michelle de Kretser homes in on Hazard’s craft and art. These books are enlivened, even electrified, by the unexpectedness of these writers’ responses. That passion is missing in On Robyn Davidson. Perhaps that is a good thing. Other writing on Davidson has been heavy on the passion and light on perspective and analysis.

Cooke, an intelligent and forceful writer, lays out the problem he’s up against. Not only is Davidson too much written about: she does not, in fact, consider herself a writer.

We should start with something she is not: Robyn Davidson does not like to call herself a writer, or at least not a Writer.This was self-deprecation, I thought at first, but her hesitancy was so pronounced and recurrent when we spoke that it had to be something more. A writer is ‘the thing that I mostly am’, she would admit, while a ‘real writer’ is someone ‘who knows that’s what they want to do’ ... A writer was someone else, in other words. After forty years and five books – one of which has sold more than a million copies – Davidson is still not sure that writing is what she is good at, or what she wants to do.

I would have loved to see Cooke interrogate Davidson’s self-representation more, see him pick the fight Davidson is always spoiling for. If not a writer, what is she? Is Davidson’s assertion that a real writer is someone who knows what they want to do in any way a meaningful one? Not by my reckoning.

Cooke does, however, acknowledge that Davidson equates the written word with constraint and with loss of freedom. He nudges us towards what is interesting about Davidson’s position: the way she interrogates the meaning, or erasure of meaning, in the creation of narrative. In Tracks she writes, ‘I did not perceive at the time that I was allowing myself to get more involved with writing about the trip than the trip itself. It did not dawn on me that already I was beginning to see it as a story for other people, with a beginning and an ending.’ This is similar to her rage about being looked at. Feeling as if some essential part of herself is being stolen, commodified, she is angry – with herself as much as anyone – for allowing this to happen.

Is Davidson contrary just for the sake of it, or is her position a more profound interrogation of narrative and the self? Or both? Cooke at times seems defeated by Davidson’s refusal not just of easy answers but of any answers at all. By the end of the book, he decides to take her at her word. She may never finish her final trek – the hard slog of writing her memoir, a project that has hung over her for twenty-five years – and if she does finish it, it might take many years yet. 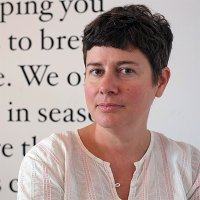 Sophie Cunningham has been a writer and publisher in Australia for thirty years. A former publisher and editor, she is the author of two novels, Geography (2004) and Bird (2008). For the City Series, she wrote Melbourne (2011). Warning: The Story of Cyclone Tracy, her most recent book, was published by Text Publishing in 2014 and was long-listed for both a Walkley Award and the Kibble Prize. She is a former Editor of Meanjin, and until recently was Chair of the Literature Board of the Australia Council. She is a founding and current board member of The Stella Prize, a prize for Australian women’s writing. She lived in Brooklyn, New York, in 2014 and is now based in San Francisco, California. She is currently writing a novel called This Devastating Fever, about Leonard Woolf’s time in Ceylon in the early 1900s, and a collection of linked essays, tentatively entitled 50. 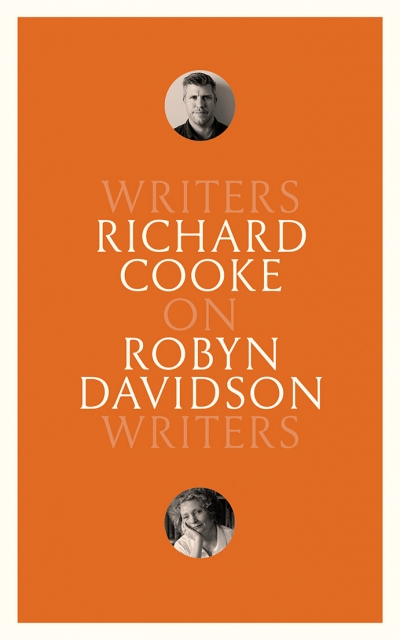 On Robyn Davidson: Writers on Writers