As a teenager, I was a Greek tragedy tragic. While my friends had crushes on George Michael and Boy George (in retrospect, not the most promis­ing objects of desire), I was crushing on Sophocles. It was 1983: shaggy perms, rolled-down leg warmers, cheap syn­thetic leggings, winklepickers, and a school Portakabin that reeked of fumes from the paraffin heater. It was a miserable Tuesday in January, with nothing but three more months of winter and a new set text to look forward to. The text was Sophocles’ Electra.

We began without much enthusiasm. Our hennaed, green eye shadow-wearing, CND-lapelled teacher allo­cated parts and we started to read. Frankly, it was dull: two blokes talking about a shrine to some god and one of them being like an old racehorse, all conveyed in the toneless nasal drone of adolescent girls with runny noses. But then, something extraordinary happened. At line eighty-two, a cry from inside the palace – a woman’s cry, one of total pain that the men ignore as they turn their backs and walk away. For the next 800 lines we live with the echo of that cry, entering the world of women and words, of pas­sion and hatred and desire and agony and humiliation and defiance and despair and yet more unending pain.

And that was it; I was smitten. I had fallen for Sopho­cles’ Electra, the twisted, degraded, haggard remnant of the most dysfunctional of all families in Greek mythology – a character with such an extraordinary ability to seize the whole expanse of being that she stole my passions whole.

I was in love, I was obsessed, and I had to do everything in my power to make that love requited. So I learnt Greek every Saturday morning with our retired vicar, devoured books on acting, and wrote letters to the artistic directors of the Royal Shakespeare Company and National Theatre begging them to program the play. Three years later, I found myself studying Classics at Cambridge, still trying to make a go of a relationship with my beloved.

In January 1989, my wishes, I thought, came true. The RSC was to do Electra, with Deborah Warner directing and Fiona Shaw playing the role. I was already a fan of both: I’d regularly binged on RSC productions at Stratford, staying at the youth hostel and hanging around the stage door to talk to my acting idols (Fiona included). I had been turned into a gibbering mess by Warner’s extraordinary Titus Andronicus (1987) that had left me feeling more sick and more exhilarated that any production I’d ever seen.

The production was agony, not because it wasn’t good, but rather because it was so good. Or at least Fiona’s perfor­mance was. She was my Electra – the raw, endlessly picked scab I had imagined and had longed to act. She had stolen my beloved and made her her own. But the revelation that came from watching that performance, in its naked, brutal honesty, was a sudden understanding of what acting could be. Not the attitudinising I had thought of as great acting, but the ripped-open vulnerability of a performer who lays herself bare, who delves into the abject so deeply that she becomes sublime and the ugliness makes of her pain a thing of beauty.

Three years later, my relationship with Fiona Shaw and Electra entered a whole new chapter. The production was to be remounted and so, of course, I bombarded Warner with letters until she agreed to meet me and then cast me as company understudy. ‘This will be the most painful job of your career,’ she warned me, and she was right. I held eight separate roles in my head with only the faintest of chances of ‘going on’, I made tea for everyone, gave Fiona shoulder massages, nightly screamed the death cry of Clytemnestra (who didn’t want to strain her voice), and sat in my under­study’s perch watching each nuance of Fiona’s performance. I admired her tricks, I watched her technique, I noted the waxing and waning of energy, and I learned more from that experience than from any drama school training.

Ten years later I did end up playing Electra on a six-month national tour that was more gruelling yet more exquisite than anything I could have imagined in my teen­age fantasies. This was now a new Electra, my Electra, but I remembered what Fiona had taught me. I remembered to search for the beauty in the ugliness and the sublime in the abject. I remembered the epiphany that she engendered, and for that I’ll always be grateful. 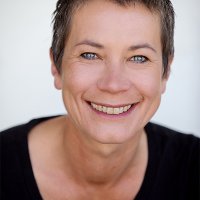