See What You Made Me Do: Power, control and domestic abuse by Jess Hill

Domestic violence and rape are not easy topics to write or read about. It’s not just because of the subject matter itself, as grim and distressing as the details can be. The writer must grapple with centuries of cultural baggage, competing theorisations and research paradigms, and the politicisation of these issues, for better or worse. They have responsibilities to those affected, including among their readership, and there may be legalities to navigate. There’s the question of what language to use; some terms – like ‘domestic violence’ – may no longer be fit for purpose, if they ever were, while others – like ‘rape’ – retain a rhetorical power that can flatten out the complexities. Statistics, inevitably, must be presented but also qualified and carefully deployed. Persistent myths and assumptions should, at the least, be dutifully considered. Gender, of course, has to be reckoned with, including in relation to class, race, and religion. Looming over all of these concerns are overarching questions – what’s the intervention here, is it useful, and who will pay attention?

Walkley Award-winning investigative journalist Jess Hill spent four consuming years researching domestic violence, or ‘domestic abuse’, a term she convincingly prefers because in ‘some of the worst abusive relationships, physical violence is rare, minor or barely present’. To elucidate both the range of behaviours that encompass domestic abuse and their astonishing uniformity across different families and relationships (as though plucked from what she calls ‘the perpetrator’s handbook’), Hill spoke to survivors and perpetrators, experts and activists. She sifted through decades of research to distil the main approaches to comprehending domestic abuse. This included canvassing explanations for the higher rates of family violence in Aboriginal communities where, as she notes, Indigenous women are thirty-five times more likely to be hospitalised and eleven times more likely to die from their injuries. Children, oft-neglected in or peripheral to previous studies, are given a dedicated chapter, but they are present throughout. Current legal options for dealing with domestic abuse, namely the police and the courts, are scrutinised and revealed as mostly failing. The Family Court system, in particular, is nightmarishly depicted. With cautious optimism, Hill offers examples of positive initiatives from within Australia and across the world. See What You Made Me Do is a thorough, thoughtful, solutions-oriented examination that demands to be taken seriously.

In her new book, Rape: From Lucretia to #MeToo, an English-language translation and revision of the 2016 German first edition, writer and cultural commentator Mithu Sanyal takes a radically different approach to her subject than Hill. Both writers are obviously feminists, but Hill’s exemplary reportage stands in contrast to Sanyal’s more freewheeling and self-consciously provocative style. The title ambitiously suggests a sweeping history that takes us from a foundational ‘rape myth’ through to the contemporary moment. But Sanyal is no historian, though she does draw substantially on Joanna Bourke’s Rape: A history from 1860 to the present (2008), a deeply researched and thought-provoking work I would recommend to any reader seeking out the historical approach Sanyal’s title references, but only intermittently provides. Rape is instead an emphatically contemporary book, primarily concerned with joining in on and extending current conversations about rape and ‘rape culture’, a loaded term she dissects with some skill. Rape may be a depressing subject, Sanyal writes in her introduction, but ‘this doesn’t have to a be a depressing book’. On this front, Sanyal delivers. Hers is a rather jaunty book, in the mode of Laura Kipnis or Laurie Penny, two feminist commentators she quotes liberally throughout. 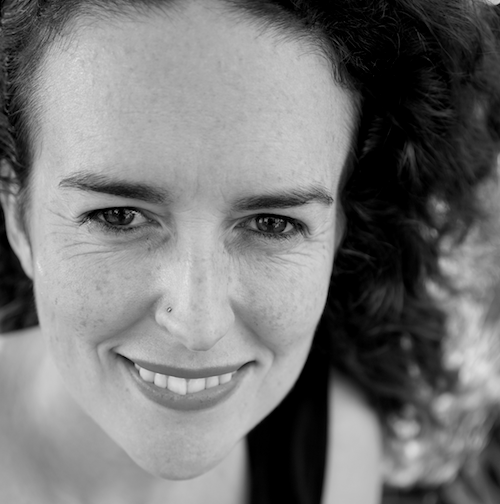 Jess Hill (photograph via Black Inc.)Given the heightened visibility of both domestic violence and sexual assault in recent years, both books are obviously timely publications. This is a point each author makes more than once, Hill somewhat hyperbolically in her introduction. ‘For the first time in history,’ she declares, ‘we have summoned the courage to confront domestic abuse.’ In Australia, the horrific murder in 2014 of eleven-year-old Luke Batty in broad daylight was the ‘decisive turning point’, eventually leading to the Royal Commission into Family Violence in Victoria, the most comprehensive political response to the problem thus far. But as Hill also recognises, the current moment is not unique insofar as, for decades now, violence in the home has circled in and out of public consciousness as a serious issue in need of attention. In some ways, we’ve gone backwards. The system of emergency refuge for women and children fleeing violence is ‘practically broken’, and governments have stopped properly investing in affordable housing. New technologies have produced new forms of coercive control. While maintaining a firm grip of essential details and a carefully calibrated narrative, Hill does not hold back from sharing her own despair at the lack of options available or her fury at failures in policing and social services that have sometimes led to death. Hers is a book to shake readers out of their complacency, not through sensationalising the issue but by doing the necessary work of giving every essential facet of the problem due consideration.

As feminists, Hill and Sanyal are necessarily invested in the larger project of cultural change, which they both recognise takes time and must include men. In various ways, they each extend, complicate, and occasionally refute feminist analyses from the 1970s. For Sanyal, the obvious touchstone is US author Susan Brownmiller’s landmark text on rape, Against Our Will (1975), so influential that its legacy endures in contemporary discourses and activism around rape, including in racist stereotypes about alleged perpetrators. In contemplating Brownmiller’s influence from her European vantage point, Sanyal’s book offers a refreshing perspective on how and what feminists should prioritise. For Sanyal, the project of sexual self-determination is not served particularly well by feminist constructions of rape that reproduce retrograde notions of female sexual passivity and vulnerability on the one side, and male sexual aggression on the other.

In addressing men who have been raped, Sanyal achieves her goal of opening up alternative narratives, though at times she overstates her case. Not unlike Germaine Greer’s short, shambolic essay On Rape (2018), Sanyal’s is a somewhat messy book, perhaps inevitably so considering the myriad themes that attach themselves to the topic of rape. But it’s also a more engaging and sustained provocation, including her analysis of the racialised dynamics of the alleged ‘mass sexual harassment’ in the streets of Cologne on New Year’s Eve 2015; the evident Islamophobia of which is transferable to the Australian context.

Mindful of how some men’s rights activists have succeeded in bringing a misleading counter-narrative about male victims of domestic violence to public consciousness, Hill is more careful than Sanyal in contemplating feminist interpretations of the problem. She notes the benefits and limitations of both feminist and psychological explanations and advocates for an approach that incorporates the best elements of both. A chapter is devoted to women who commit violence against men. She takes seriously the ways hegemonic notions of masculinity harm women and men. The notion that gender equality can eradicate or reduce rates of domestic abuse is scrutinised and mostly dismissed. Having done all of this, Hill’s ultimate framing of the problem as rooted in patriarchy – a term which, she notes, was still a ‘dirty word’ before #MeToo came along – is both persuasive and reductive. 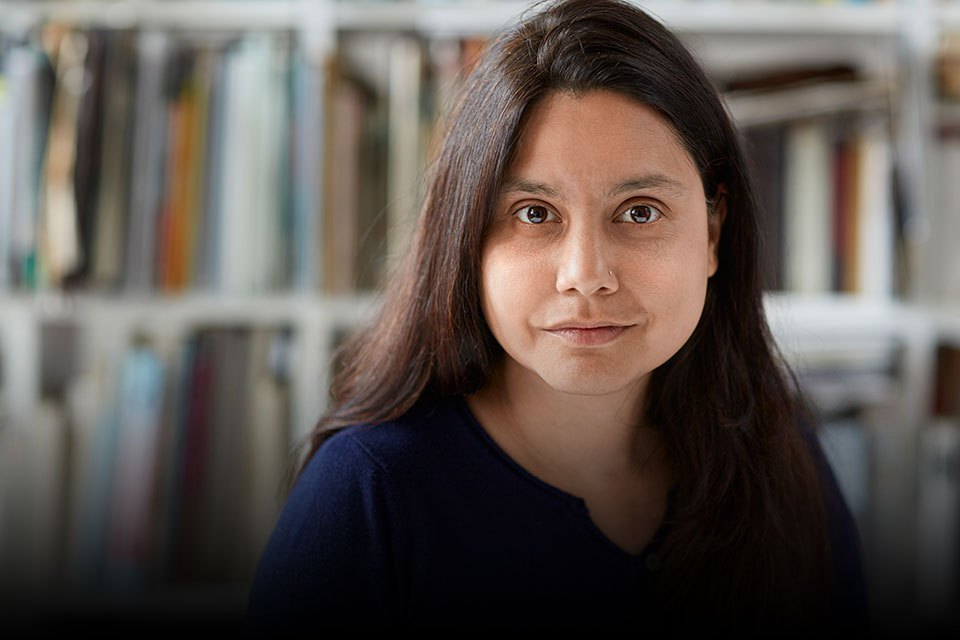 There is no question that See What You Made Me Do is a feminist book. Occasionally, I did wish for more direct engagement with feminists who have struggled with similar dilemmas to those posed by Hill – such as how to attend to the macro and micro dimensions of the problem. A notable exception is her illuminating and powerful chapter on violence in Indigenous communities. Here, Hill prioritises the work and activism of Aboriginal women such as Judy and Caroline Atkinson, Marcia Langton, Josephine Cashman, Melissa Lucashenko, Hannah McGlade, Amy McQuire, and Celeste Liddle, as well as community-based initiatives.

To return to my opening questions, See What You Made Me Do and Rape: From Lucretia to #MeToo are both useful books, especially the first. Hill has given the topic of domestic abuse the gravitas and attention it demands, but she is also right to be concerned with its reception and possible impact. As she notes, increased visibility of the problem can have mixed effects – incidents of domestic violence have spiked after documentaries focused on the issue have aired in prime time, but it may be that the coverage has made it easier or more possible for victims to speak out. At the policy level, governments have set national targets without concrete goals, and have funded expensive awareness campaigns but not refuges. I hope her hefty tome lands with a thud on the desk of every politician in Australia and that each one reads it. I predict it will be the most important work of Australian non-fiction this year. 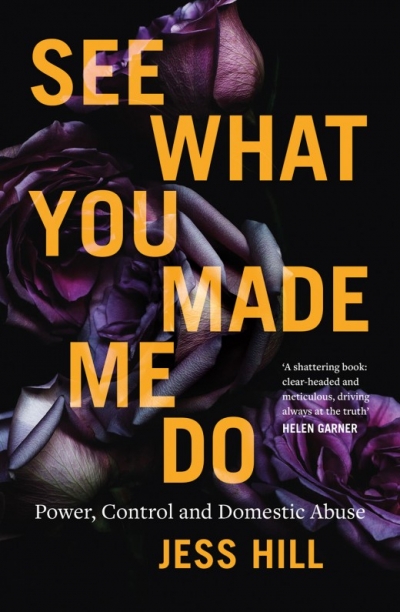