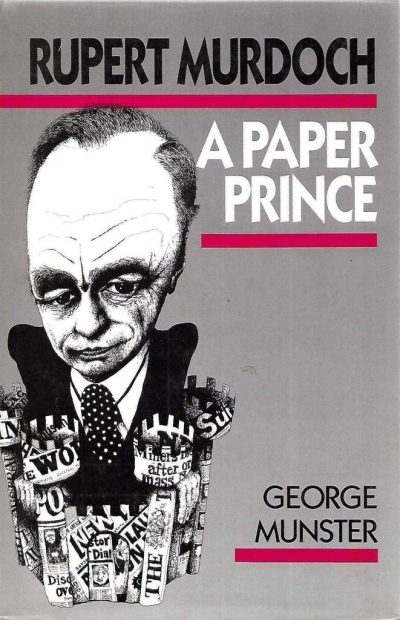 Our newspapers participate in debate on public issues in their respective communities and have a role of importance. The News Corporation is a citizen of the global village, and such citizenship carries with it obligations and responsibilities as well as opportunities. We will continue to serve our communities, providing them with clear and unbiased reporting of matters of importance.

The report, which resembles a glossy magazine, shows the chief before a mirrored tabletop. Behind him is a painting of what appears, in its lower half, to be a lot of lopped skulls, while above is a wolf, and a clown-like figure standing on a horse. He always was an agile balancer, this Murdoch. How else does an owner of newspaper and television stations also get licences from governments to run an airline and a state lottery? The conservative columnist William Safire was forthright in the New York Times when Murdoch’s New York Post endorsed Jimmy Carter for president following a Murdoch–Carter White House lunch which, in turn, paralleled a $US290 million loan from the Export-Import Bank in New York at an extraordinarily low rate of interest to Ansett for new aircraft. ‘The press cannot defend the First Amendment with its hand out,’ said Safire. ‘Journalism cannot shut its eyes to the danger of conglomeration, where one division scratches a government back that in turn scratches the back of another division.’ Safire advised Murdoch to learn the lesson that when journalism and government get too close, both suffer. The evidence seems to be that Murdoch applied an opposite, and equally American lesson: go for the main chance.

Kevin Childs is a Melbourne journalist.

Kevin Childs is a Melbourne journalist.