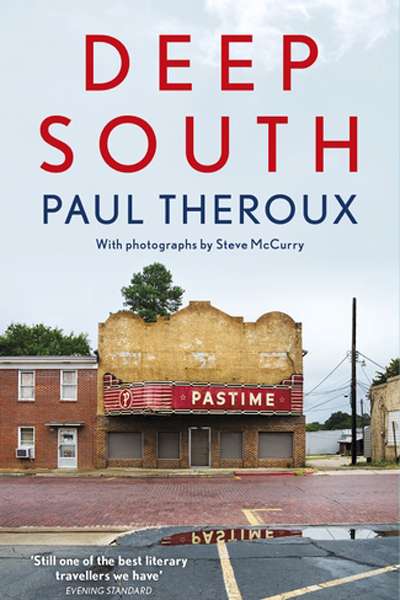 The traveller, as V.S. Naipaul describes that role in A Turn in the South (1989), 'is a man defining himself against a foreign background'. Over the past forty years, Paul Theroux has built his career writing books, nearly fifty novels and travelogues, to become an exemplar of that definition. He seeks always to go farther and deeper, often journeying, to borrow one of his titles, to the ends of the earth. He has visited the far reaches of Asia (The Great Railway Bazaar, 1975), South America (The Old Patagonian Express, 1979), the Pacific (The Happy Isles of Oceania, 1992), and Africa (Dark Star Safari, 2002). In those places and others – also occasionally in his fiction – Theroux keeps a leading role for himself while the locales and their denizens support. His occasionally egocentric persona and often acute observations as an outsider in exotic lands have made him one of the most distinct voices in contemporary travel writing.

Theroux's journeys have typically pushed him beyond America's borders. In Deep South – a book that includes pedestrian photographs by the usually impressive Steve McCurry – the Northerner stays in his own country, venturing well beyond the Mason-Dixon line into South Carolina, Georgia, Florida, Alabama, Arkansas, and Mississippi. Like Naipaul, who covered similar terrain in A Turn in the South, he ignores Louisiana. Early in Deep South, Theroux, the author of thirty novels and collections of short stories, writes, 'Fiction often highlights a landscape and suggests a future, but fiction can be misleading. A good reason to travel is to put fiction in context.'