Every poet has his or her addictions: words they use over and over again, ones they own ‘by right of obsessive musical deed’ (to quote Richard Hugo). For Emily Dickinson, it was thee, thou, and Death. For Sylvia Plath, it was him, nothing, go, and gone. For Gabriel García Lorca, it was sangre, lagrimas, negro, and corazón. For Jordie Albiston, it just might be world, the word that aims to contain everything.

A will to capture world, to thoroughly catalogue internal experience, is the engine of Albiston’s latest collection, Fifteeners. One substantive sequence titled ‘Omegabet’ orders twenty-six poems from ‘Apple’ to ‘Zed’ – a constraint that gathers meditations ranging from the mite to the matriarch; that gathers angels, Tuesdays, Father Time, and the chaos of the self under the primary rubric of the building blocks of English. Another sequence titled ‘The Five Wits’ invokes the Elizabethan tabulation of all human psychology according to just five faculties of the soul: ‘Reason’, ‘Instinct’, ‘Imagination’, ‘Fantasy’, and ‘Memory’.  Another longish poem composed of multiple conjoined ‘fifteeners’ – Albiston’s invented form, the fifteen-line sonnet – is titled ‘Poem on Life’. What could be a more fitting title for a poem on the totality of living and being? ‘You summon the sea’.

The trouble with the cataloguing impulse, of course, is that it is impossible to appease. How can a collection of poetry – even a poet’s entire oeuvre, thirteen books in Albiston’s case – capture and contain world ? Worlds, perhaps, is more doable. (Albiston has said that she knows when a poem is done: it clicks physically into place like the door of a Porsche.) The plural worlds grants a multiplicity of perspectives and a multiplicity of containers for experience, releasing a poem, or a book, from the task of unrealisable totality. Totality, to my mind, is connected to perfection: another impossibility.

Ben Lerner supposes that this tension between the actual (a finished poem in the world) and the virtual or the dreamed-of (an ideal song in a realm of pure possibility) underlies the suspicion and awkwardness non-poets often express upon first encountering those of us imprudent enough to identify ourselves as poets. In The Hatred of Poetry (2016), Lerner writes, ‘We were taught at an early age that we are all poets simply by virtue of being human … Most of us carry at least a weak sense of a correlation between poetry and human possibility that cannot be realized by poems. The poet, by his very claim to be a maker of poems, is therefore both an embarrassment and an accusation.’ It follows that The Ideal Poem – personal enough to be true to life, universal enough to connect with everyone – is a dream, a value (‘Poetry’) that real poems can never achieve.

Albiston, in an interview from 2017 in Cordite Poetry Review, cheerfully disagrees with this sentiment. If anything, upon finishing a poem, and hearing the ‘click’, she experiences ‘an upward fall’ – a glimpse of transcendence? Transcendence is present throughout this collection. The first poem in Fifteeners versions the anonymous Christian mystic text ‘The Cloud of Unknowing’, with the word ‘God’ replaced by ‘Poem’ or ‘Poetry’. The speaker here affirms that the poem is not for ‘fleshly janglers’, ‘open praisers’, or ‘tellers of trifles’, but is, rather, intended for

Here, Albiston invokes the Poem as reverent container, encompasser of Life, transcendent song. The tension between the virtual and actual, the realm of the ideal song and the compromised crash-to-earth, is an unmistakeable preoccupation of ‘The Cloud of Unknowing’, ‘Boy’, and ‘Poem on Life’:

Later in the collection, playful irreverence comes to the fore, to undercut the idea of the Poem’s perfect music: the fall, the apple, the song that’s impossible to hear, the fact of the poet impossibly ‘fastened to / words by a leash of longing’. (I have my own ‘leash of longing’ for a better cover design, something at least as carefully made as the music of the superb poems inside.) In fact, by their very form Albiston’s ‘fifteeners’ insist on imperfection. The fifteeners are decasyllabic quintains with strange sonic textures and vertiginous, funny line breaks. These anomalous ‘sonnets’ are mapped imperfectly over the ‘perfect’ (which is to say, Shakespearean) form, like a picture copied on tracing paper then knocked askew of its source. Instead of meter, the lines are mapped by syllables, creating a live throb of idiosyncratic rhythms. The rhymes a reader would expect to encounter at the end of a line are kicked forward, and drop to the line below. The chime of the couplet is often found in a single line, or at the centre of a stanza. The last stanza of ‘Elephant’ is typical:

Joy and zest, paeans to family, motherhood, and love, and the delight of offbeat rhythms are constants in these poems. Sober meditations on disaster, of which there are of course several – look at the times we are living in – are upended with a weird sonic jollity, an injection of fizz that bubbles the worlds’ shadows and makes them dance. Albiston’s Everything in Fifteeners is made with great tenderness. It puts me in mind of a poem called ‘Hills’ by Aotearoa poet Dinah Hawken, where she asks, ‘Who put the el / in the word world, / changing things forever?’ It’s an old woman, of course, ‘in the days before writing / when words dwelt in the body’, resting her tongue, ‘by chance and lovingly, on the roof / of her mouth before sounding the d / that is always ending the word word’. The roof of the world appears, and with it, hills, ‘lovely / and potentially touchable’. 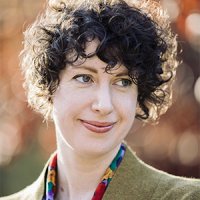 Joan Fleming is the author of the collections Failed Love Poems (2015) and The Same as Yes (2011) from Victoria University Press, and the chapbooks Two Dreams in Which Things Are Taken (Duets, 2010) and Some People’s Favourites (Desperate Literature, 2019). Her post-collapse verse novel Song of Less was released in 2021. She holds a PhD in ethnopoetics from Monash University, and lives in Bulleke Bek, Melbourne. 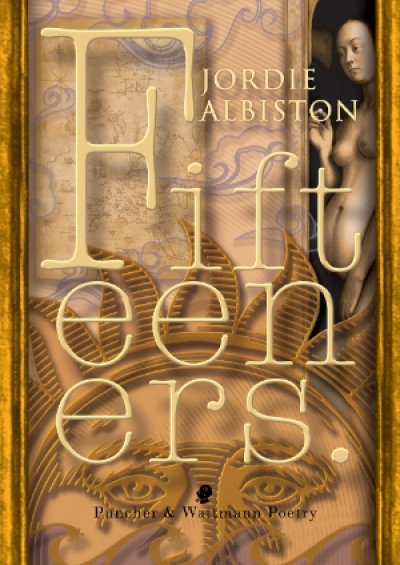