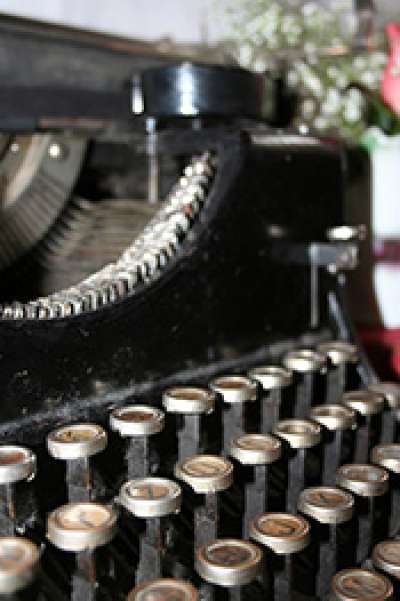 Last month, in conjunction with Melbourne Conversations, we presented ‘An Evening with David Malouf’ in front of a capacity house at Deakin Edge, Melbourne. Fittingly, the subject being poetry, this was held on 23 April (Shakespeare’s 450th birthday).

After the formal conversation, we named David Malouf as the inaugural ABR Laureate. He is of course one of our most distinguished authors, with an internationally renowned body of work in fiction, poetry, essays, libretti, and memoir. The Laureateship reflects the Editor’s and the Board’s high regard for David Malouf’s artistry, for his principled and eloquent advancement of literature, and for his generosity to readers and writers – and indeed to this magazine.

In creating the Laureateship (which we intend to offer from time to time), our intentions are twofold: to celebrate our finest writers, but also to advance the work of a younger writer admired by the Laureate. Accordingly, we invite the Laureate to nominate an ABR Laureate’s Fellow, who will work closely with the Editor over a period of weeks or months, and who will give the magazine a substantial work for publication – an essay, a suite of poems or long poem, a short story, or a memoir. For this the Fellow will receive $5,000 – as with our
ABR Patrons’ Fellows.

We will name the first of the ABR Laureate’s Fellows in coming weeks.

Four poems comprise the shortlist for the 2014 Peter Porter Poetry Prize, now in its tenth year. They are Elizabeth Allen’s ‘Absence’, Nathan Curnow’s
‘Scenes from the Olivet Discourse’, Paul Kane’s ‘VFGA  ’, and Jessica L. Wilkinson’s ‘Arrival Platform Humlet’. The winner will receive $4,000; the other poets will each receive $500. Our judges – Lisa Gorton (Poetry Editor of ABR) and Felicity Plunkett – chose the quartet from almost 700 poems. Their report appears below.

This was the first time that all poets writing in English were eligible to enter the prize – not just Australians (a new feature of all our literary competitions, including the Jolley Prize, which closes on 1 May). Pleasingly, ten per cent of entries came from overseas. One of our shortlisted poets is indeed an American: Paul Kane, who will be well known to ABR readers. Professor Kane, who lives in New York and teaches at Vassar College, has for many years been artistic director of the Mildura Writers’ Festival and chosen the poetry in Antipodes, the journal of the American Association of Australasian Literary Studies. His last ABR poem was an elegy for Peter Steele (‘Co. Kerry’, September 2012).

The winner will be announced at a special ceremony at Boyd on Wednesday, 7 May (6 pm). Three of our poets will read their works (Paul Kane has a very good excuse). This is a free event but bookings are essential: This email address is being protected from spambots. You need JavaScript enabled to view it.. If it’s anything like last year’s Porter ceremony, when Kevin Brophy and Jessica L. Wilkinson herself gave a bravura reading of Dan Disney’s daunting shortlisted poem, ‘Procedures in Aesthetics’, it will be a hoot.

All four shortlisted poets appear in this issue. We almost had a fifth: Eileen Chong’s ‘City Lights, San Francisco’, but on learning of her shortlisting Ms Chong informed us that it had just appeared in her newly published book, Peony (Pitt Street Poetry). Regretfully, we had to disqualify the poem, with a commendation. We will publish it next month. This prompts us to remind future entrants (in all our prizes) about the unequivocal stipulation: ‘Entries must not be on offer to any other publications, prizes, or anthologies for the duration of the Prize.’ We don’t want other writers be similarly disappointed.

Four markedly different poems are on this year’s shortlist. This variousness seems to suit a poetry prize that remembers Peter Porter, a poet of unsnobby erudition who was remarkable for the range and variety of his achievement.

Judging this prize was difficult, if rewarding, because of the number of poems that demanded serious consideration. The judges longlisted more than thirty. After much consideration, we shortlisted four of them. They showed a thoughtful and inventive approach to the traditions that they were drawing on, and achieved a distinctive and memorable poetic vision.

Taking the shortlisted poems in alphabetical order: ‘Absence’ is a lyric poem remarkable for its restraint and intimacy. Not at all showy, it grows in power with each rereading. ‘Arrival Platform Humlet’ is at once exuberant and reflective. Much of its life comes from its play with form, a play not imposed on but generated out of its concerns. Very different in tone, ‘Scenes from the Olivet Discourse’ has the abrupt rancorous energy of one of Persuis’s Satires. On the other hand, ‘VGFA  ’ takes strength from its lucidity and emotional directness.

We thank all the poets who submitted poems to the Peter Porter Poetry Prize.

Many readers have been struck by Christine Piper’s Calibre-winning essay, ‘Unearthing the Past’ (April 2014). Our essayist responds to an appreciative letter from Alison Broinowski.

It’s proving to be a stellar year for Christine Piper, who has just been named the winner of The Australian/Vogel’s Literary Award. The Vogel, first presented in 1980, is Australia’s most prestigious award for an unpublished manuscript. It is worth $20,000, plus publication by Allen & Unwin. Dr Piper, who currently lives in New York City, returned to Sydney for the ceremony and the simultaneous publication of her novel, After Darkness. It is set in Australia during World War II. The protagonist, Dr Ibaraki, held in an internment camp in South Australia, confronts aspects of his dark past. Stephen Romei, one of the judges, described it as ‘a brave, profound meditation on identity, trauma, loss, and courage’.

Also shortlisted for the Vogel were Aidan Anderson’s The Collapse, Stephanie Bishop’s Dream England, Sam Carmody’s The Windy Season (not, apparently, about Essendon’s dramas in 2013), Katherine Ryan’s At the Last, and Gretchen Shirm’s Into a Turquoise Pool.

Meanwhile, apropos of Calibre, this month we publish the first of the other shortlisted essays: Ann-Marie Priest’s ‘“Something very difficult and unusual”: The Love Song of Henry and Olga’.

Clearly, the eighties are the new fifties. After celebrating David Malouf’s eightieth birthday – and welcoming the simultaneous publication of his two new books – we acknowledge two other improbable octogenarians, both of whom have poems in this issue.

Chris Wallace-Crabbe, who has his significant birthday on 6 May, is one of our most laurelled and prolific poets. His first collection, The Music of Division, appeared in 1959; twenty more have followed to date, plus a novel, scholarly texts, anthologies, artists’ books – and countless reviews and poems in ABR. To mark his new milestone, MUP will publish a Festschrift in May, with poems and tributes from Chris’s colleagues and admirers.

New Zealand poet Fleur Adcock, long resident in London, has been publishing poetry for almost as long as Chris Wallace-Crabbe (her first volume, Eye of the Hurricane, appeared fifty years ago), but this is her first appearance in ABR. Seventeen collections have followed; also major anthologies for Faber and OUP, among others. Her many awards include the Queen’s Gold Medal for Poetry (2006) and the Companion of the New Zealand Order of Merit.

Lest we be accused of inverted ageism, we’re looking forward to publishing the September issue, in which all the contributors will be thirty-five and under (Advances may be sadly superannuated). Deputy Editor Amy Baillieu – emphatically in her twenties – will guest-edit this issue, which will be largely devoted to fiction. The centre-piece will be the three stories shortlisted for this year’s Jolley Prize, worth $8000. We will launch the issue at the Melbourne Writers’ Festival on Saturday, 30 August (5 pm). Expect a few surprises.

This new annual issue entrenches our commitment to broadening our team of writers and introducing bright young things to Australian readers. In our first four issues this year, forty contributors were new to ABR, and almost as many were thirty-five and under.

Diaries are eclectic, almost zeugmatic records. The entry for 11 January 2013 in Bob Carr’s Diary of a Foreign Minister opens thus: ‘In Sydney, bushfire threat somewhat abated, I have lunch at Rockpool …’ It reminded Advances of this from William Gerhardie: ‘Played tennis in the afternoon; then had a woman; then a bath, and afterwards witnessed a revolution.’

Neal Blewett – no mean cabinet diarist himself – will review Diary of a Foreign Minister in the June–July issue.