Fractured Times: Culture and society in the twentieth century by Eric Hobsbawm

As he approached his fiftieth birthday, Eric Hobsbawm finally won recognition. His Primitive Rebels (1959) was an innovative study of millenarian rural movements. In 1962 he published The Age of Revolution, the first of four books that encompassed the modern era with unrivalled powers of synthesis, and his volume on Labouring Men (1964) gathered up incisive essays on labour history that had appeared over the previous decade. Hobsbawm’s academic career, which had been held back by membership of the Communist Party, was prospering: in 1959 he was promoted to Reader in History at Birkbeck College in London. He worked as the jazz critic for the New Statesman, and in the same year Penguin published his wide-ranging account of The Jazz Scene.

It was a measure of Hobsbawm’s standing that the Times Literary Supplement commissioned him in 1964 to review two books, one by Umberto Eco on mass culture and the other by Stuart Hall (and a colleague) on the popular arts. He began by recalling the social history of the horse, for so long the chief source and standard measure of motive power, a status symbol for the landed rich, and an object of admiration for artists. Now displaced by the car and the tractor, it survived as a luxury item, but ‘horse-age thinking’ was obsolete.

So too, he argued, with the arts in the second half of the twentieth century. Handicraft had yielded to industrialisation, which provided the technology that rendered individual work redundant and the mass demand that made it inadequate. As with the printing press and then photography, cultural products were now manufactured in a continuous flow. Hobsbawm sketched the different approaches to this cultural industry: that of the Americans who discovered, described, and measured it, the continentals who analysed and theorised, and the English commentators who replaced aesthetic with social interpretation. His examples were striking: Hammett and Simenon, the Marx Brothers and the Goons, Cole Porter and the Rolling Stones, Anita O’Day and Helen Shapiro, Gunsmoke and Z-Cars, Superman and Snoopy. Hobsbawm was immersed in contemporary culture and unimpressed.

That review appears in this book, thirty years older than the other pieces. The rest date from the 1990s, when Hobsbawm had achieved international eminence and was turning to the history of his own times, the epoch that stretched from the Russian Revolution to the collapse of communism. Some of the essays were written originally for the London Review of Books, some delivered as lectures, some presented in Germany or France and now translated, some retouched, and some new. He brought them together shortly before his death in 2012.

The preface explains his purpose. He is concerned with the art and culture of the bourgeois society that suffered a mortal blow in World War I and collapsed over the course of the last century. This bourgeois society was European, and in the nineteenth century it established domination over the rest of the world through conquest, technological superiority, and economic globalisation, carrying with it a set of values and beliefs that constituted bourgeois civilisation.

Drawing on the older culture of patronage and display, it dispensed with aristocratic authority and traditional religion by constructing its own public institutions. Here Hobsbawm recalls the Vienna of his childhood, where the old medieval and imperial centre was ringed by the Stock Exchange, the university, the City Hall, grand museums, the Burgtheater, and the Grand Opera. These were the places where cultured people worshipped culture and the arts, displacing the church as ‘a worldly temple of the intellect’.

One group of essays describes this culture, with particular attention to Germany, Mitteleuropa, and the Jewish contribution. Hobsbawm argues that the release of Jews from segregation and self-segregation released an intellectual energy in science, the professions, and the arts, and he draws attention to the conscious assimilation of Westjuden to the German language and culture. Throughout central Europe, he argues, ‘German was the language of freedom and progress’, and educated Jews made up a substantial part of the intellectual stratum. Their desire to be German brought the double tragedy of their destruction and the failure to foresee that fate.

Subsequent essays on gender and art nouveau trace the shift from abstinence and accumulation to comfort and display. The meritocratic principle allowed for recognition of female talent (four women won Nobel Prizes between their inception in 1901 and 1914), while sexual emancipation allowed women to become the bearers of culture, the spenders, and decorators of the home beautiful. Within the international styles the state became the sponsor of culture, so that the classics were translated into national languages and the intellectuals nationalised.

A second group of essays explores the breakdown of this bourgeois civilisation. High culture was restricted to a small educated minority – he points out that on the eve of World War II the universities of Germany, France, and Britain contained no more than 150,000 people, or one per cent of their combined population. Their authority survived so long as this order provided peace, stability, and progress, and satisfied the basic needs of the poor, but it could not resist the forces that Hobsbawm explained in his Age of Extremes (1994). First came the Great War, then the ideological mobilisation of the masses, and subsequently the economic transformation that destroyed the old ways of earning a living to create a mass consumer society.

This provides the framework in which Hobsbawm explores the artistic manifestos of the avant-garde, the new cultural forms, and the predicament of high culture. Several of the most incisive essays began as addresses to the Salzburg music festival and must have struck a discordant note. He noted how such festivals had multiplied like rabbits – there were then 2500 of them in the United States alone – as a component of cultural tourism. He also pointed out that festivals occur outside the centres of cultural production. There are none in New York, London, Rome, or Paris, and after Melbourne featured Boris Johnson at its most recent Writers’ Festival, it is difficult to resist the conclusion that the literary festival is a mutually convenient device for branding and marketing.

Another of the Salzburg addresses gave a mordant diagnosis of the predicament of high culture. It had once provided reverence and spiritual improvement but was now a form of entertainment. He saw a future for architecture but not the visual arts, which had long since lost ‘the shock of the new’. He thought the book would survive on the dubious grounds that it was more durable than text on the screen. Fractured Times pays little attention to the novel or verse, though the predictable lines from Matthew Arnold’s ‘Dover Beach’ provide its epitaph.

At Salzburg, Hobsbawm worried most about music, his own jazz reduced to life support at festivals, and the classical canon frozen with a shrinking and ageing audience. He hazarded the guess that the principal orchestras depended on no more than two hundred works – surely too low an estimate – composed over the past two and a half centuries. Theatre and opera strove for novel productions of staple works, in his words freshening eminent graves by putting different flowers on them.

Finally, there are essays that interpret mass culture, and these too display a nonagenarian’s seemingly inexhaustible knowledge. In the last of them, he returns to the horse and the working men who rode them, the Cossacks of southern Russia and the Ukraine, the Hungarian csikós, the Andalusian puszta, the gauchos, llaneros, and vacqueros of the Americas. All provide powerful myths, so why is it that the American cowboy prevailed? The answer, it appears, is not simply the power of Hollywood to turn an invented tradition of the late nineteenth century into a global commodity, but the Hobbesian qualities that the High Plains drifter embodies.

Eric Hobsbawm never came to terms with Australia. Its stockmen and drovers appear here as ‘proletarian cattlemen’, bracketed with the ‘sheep-shearers and other hobos’ who generated ‘Waltzing Matilda’ and supposedly represent the Wild West, as if it had been organised by Wobblies. He thought this country the most derivative and least interesting of the settler societies, for it was a blind spot in his restless curiosity, but I doubt we shall ever again see such a brilliant and versatile historian. 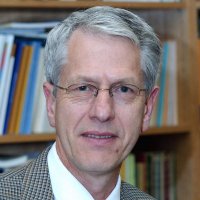 Stuart Macintyre (1947–2021) was an award-winning academic and popular historian. Born and educated in Melbourne, he received his PhD from the University of Cambridge before returning to Australia in 1979. Throughout a long and distinguished career, Stuart authored many award-winning monographs and references titles, including The Oxford History Australian History, Volume 4 (1986), The Reds: The Communist Party of Australia from origins to illegality (1999) and with Anna Clark, The History Wars (2003). 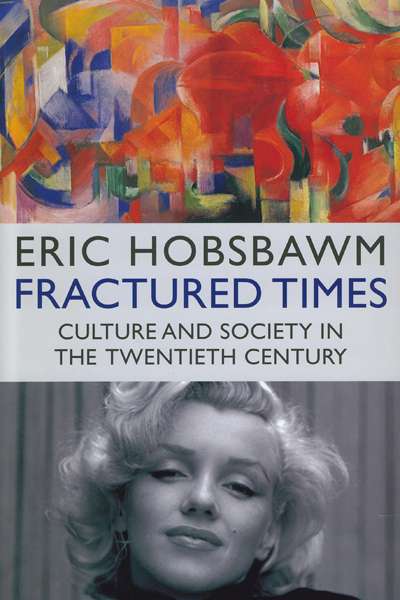 Fractured Times: Culture and society in the twentieth century