Australia Day brought the usual gallimaufry of national honours, with fewer politicians this year and due recognition of the performing arts. Creative writers, as usual, were hardly represented. Theirs is a largely disorganised class, not suited to this bureaucratic process. But Advances was pleased that John Bryson – author of Evil Angels (1985) – was awarded an AM. John McLaren, founding editor of ABR, was similarly honoured.

Double Down (W.H. Allen, $55 hb) – Mark Halperin and John Heilemann’s ‘explosive inside account of the 2012 presidential election’ – proves every bit as incendiary as this subtitle suggests, and no less devourable than its predecessor, Game Change: Obama and the Clintons, McCain and Palin, and the Race of a Lifetime (2010). These two voracious American journalists have moles everywhere, at the highest levels. No politician or staffer appears capable of resisting them. Spookily, they even seem to know what Mitt Romney (often confusedly) thought.

Advances raced through the book towards Election Day, only to find the authors, skipping a day for once, moving straight to the dénouement: Romney’s belated concession and a series of entertaining recriminations within the Grand Old Party. In one treasurable vignette, Rupert Murdoch, a furious opponent of Barack Obama, watches the election returns with a four-star general. As the president claims victory Murdoch mutters, ‘Our nation is ruined’. For someone who has – how to put it? – presided over so many victories in Britain and Australia, it must have been a galling defeat for this four-star mogul.

Meanwhile, the Murdoch literature grows apace. Next up is Rodney Tiffen’s Rupert Murdoch: A Reassessment (NewSouth, $34.99 pb). We will review it in a coming issue.

Hundreds of readers have responded to our reader survey – and we are grateful to all of them. Your ratings and comments have been encouraging and most helpful.

There is still time to complete the online survey, which will remain live until the end of February.

Critic of the Month 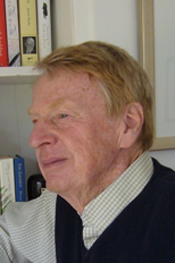 Many respondents have expressed the desire to read articles about the publishing industry and the role of critics. We’re planning a series of interviews with key publishers, and this month we introduce a new feature: ‘Critic of the Month’. Each month we will invite an ABR reviewer (long connected to the magazine or a relative newcomer) to reflect on his or her craft.

Brian Matthews, who has been writing for ABR since 1981 and who reviews the latest volume of ADB for us this month, is our inaugural Critic.

‘Critic of the Month’, one of several new features we have planned for 2014, complements ‘Open Page’. Rest assured, Open Page will be back in March.

Geoffrey Robertson QC is the busiest of author–silks. Not content with the series of ruminations on his native land collected in Dreaming Too Loud: Reflections on a Race Apart (which Frank Bongiorno reviews here), Robertson has just published a small book on Stephen Ward, the ultimate victim of the Profumo affair. Perhaps the most infamous osteopath of the 1960s, Ward killed himself on the eve of his conviction for supposedly living on the earnings of a prostitute (viz. Christine Keeler).

The title of Robertson’s brisk philippic is unambiguous – Stephen Ward Was Innocent, OK: The Case for Overturning His Conviction (Biteback Publishing [NewSouth], $24.99 hb). Robertson deplores the home secretary’s vengeful role in initiating the police investigation, and argues that the ensuing trial was grossly unfair. Ward, for Robertson, is a British Dreyfus. He invokes Dr Evatt on the Tolpuddle Martyrs to describe it as a case of ‘injustice within the law’.

Six mourners attended the once-fashionable Dr Ward’s funeral. The inimitable Kenneth Tynan – another committed libertine – sent a wreath. The card on it read, ‘To Stephen Ward, Victim of Hypocrisy’.

Supported by the Bjarne K. Dahl Trust, we are seeking applications for the twelfth of our writers’ fellowships – the ABR Dahl Trust Fellowship. We welcome proposals for a substantial article on any aspect of eucalypts. The chosen Fellow – who will work closely with the Editor – will receive $5000.

This article will form the cornerstone of our first Environment issue in October 2014.

First up we have Glenda Adams’s Longleg, Geraldine Brooks’s People of the Book, Steven Carroll’s The Art of the Engine Driver, Robert Dessaix’s A Mother’s Disgrace, Nikki Gemmell’s The Bride Stripped Bare, Peter Goldsworthy’s Maestro, Janette Turner Hospital’s Due Preparations for the Plague, and Drusilla Modjeska’s Exiles at Home. What an inexpensive feast for lovers of fine Australian writing of the past forty years.

We hope you enjoy our first issue for 2014. This month we have almost fifty contributors, seventeen of them new to the magazine – a promising start. Each year we publish about 230 writers in our ten issues (twenty issues really, counting ABR Online). This number is likely to grow because of our digital publishing and the growing number of articles that are exclusive to ABR Online (particularly those in Arts Update). Of those 230 writers about fifty are new to ABR, and at least half of that cohort are in their early twenties.

ABR is proud of this tradition but also conscious of the importance of assisting new reviewers and of replenishing our team of contributors. We encourage bright young things to contemplate writing for ABR. Familiarise yourself with the magazine first. Peruse the Editor’s ‘Advice for New Reviewers’ (‘Editors relish wit and irony – though not the comedy festival kind … We don’t all have to write the same way … No hissy fits!’). Then drop him a line outlining your interest and experience (attaching a couple of examples of your work). Email Peter Rose at This email address is being protected from spambots. You need JavaScript enabled to view it..