This is the Story of a Happy Marriage by Ann Patchett

In 2006, novelist Ann Patchett found herself in the midst of intense controversy. Truth and Beauty, an account of her friendship with the late writer Lucy Grealy, had been allocated as a text for freshmen at Clemson University, South Carolina. One parent objected because the book depicted an intense affection between two women, discussed premarital sex, and ‘encouraged (students) to find themselves sexually’. Clemson banned Patchett’s book, branding it ‘pornographic’. Her 2007 Atlantic Monthly essay, reprinted in This Is the Story of a Happy Marriage, is an eye-opening account of her confrontation with American academic fundamentalism. Written with unflagging dry wit, her subsequent address to the Clemson University student body is a courageous, blazing defence of intellectual, academic, and artistic freedom.

Part memoir, part retrospective, the twenty-two essays in this collection build up a composite portrait of Patchett as writer, friend, granddaughter, wife, and investigative journalist. ‘I was always going to be a writer. I’ve known this for as long as I’ve known anything,’ she recalls. Selling her first short story to the Paris Review when she was twenty, she published her début novel, The Patron Saint of Liars (1992), seven years later. Since |then she has written six more novels and three works of non-fiction, winning the Orange Prize for Bel Canto (2001).

For many years she combined novel writing with journalism for publications as diverse as the New York Times and Vogue. The discipline of writing precisely and to word limits is evident in her fiction. She generally underwrites, preferring taut to florid, banishing the unnecessary phrase.

Take her personal response to anti-police riots in Los Angeles, ‘The Wall’, sealed with her own memories of growing up the daughter of an LAPD cop. She takes the gruelling Academy entrance exams because ‘I want to tell a story about people who do hard work. I want to explain that living beneath the weight of all those three-ringed binders filled with the neighbourhood dead takes its toll … that being the one to discover children entombed in cement wears you down … To show what’s good. But good, like the police, turns out to be complicated.’

These essays confirm that Patchett’s initial premise for writing is frequently turned on its head by the force of experience. She sets off for a camping holiday in a Winnebago, ‘to expose it for the gas-guzzling, fitness-eschewing underbelly my editor knows it to be’. After discovering the vast open spaces of America, she recognises ‘the Winnebago has set me free. It has made me swim in cold rivers and eat pancakes with strangers and turn down obscure roads with no worry about where I have to be or when.’

Her revisionism is particularly evident regarding her personal life, and here Patchett is unabashedly candid. There’s her hopeless, short-lived first marriage, an eventual rewarding second marriage to a Tennessee physician, and several mistakes in between.

‘The Sacrament of Divorce’ and the title story reveal much about her, but these essays also celebrate common links between women who fail at relationships, dust themselves off, and start over. ‘I was as grateful for divorce as I was for my own life, but it had done me in … I saw a much simpler path: if I never married again I would never again be divorced. In short, I had found a way to beat the system. I was free.’

Free – that word again. Free to cock a snook at political correctness and write, blithely childless and content withher dog in her lap, ‘I wonder if there are people out there who had a baby when all they really needed was a dog?’ Patchett’s enthusiasm for new passions discovered in adulthood (including dogs and opera) is infectious.

Some of the most illuminating essays concern her attitude to her craft. Nothing if not practical, casual jobs and an apprenticeship at Seventeen magazine allowed her to pay the bills as she wrestled with her early fiction (proudly, she notes that she was the first to get a perfect score in the T.G.I. Friday’s waitress test).

A former student of Allan Gurganus, Grace Paley, and Russell Banks, Patchett sets out a road map for wannabe writers: challenge yourself and write what you don’t know; be consistent; ‘writer’s block’ is just an excuse for procrastination. Amusingly, she banishes forever the notion that everyone has a book within them. ‘Does everyone have one great floral arrangement in them? ... One algebraic proof? ... One Hail Mary pass? One five minute mile?’

As editor of The Best American Short Stories 2006, Patchett in her introduction uncovers an admiration for a form she visits only rarely herself. ‘The stories offered me their companionship, each one a complete experience in a limited amount of space,’ she writes. The same could be said of this book. Dive in and savour the essays at random, although in a recent interview Patchett suggests reading them sequentially.

Two years ago, Patchett opened Parnassus Books in her home town, after the last bookstore in Nashville closed. Her journey from writer to successful entrepreneur is recounted in her Atlantic Monthly essay, ‘The Bookstore Strikes Back’. It sums up her unflagging energy and optimism. ‘Maybe we just got lucky. But my luck has made me believe that changing the corporate world is possible. Amazon doesn’t get to make all the decisions … If what a bookstore offers matters to you, then shop at a bookstore … This is how we change the world: we grab hold of it. We change ourselves.’ 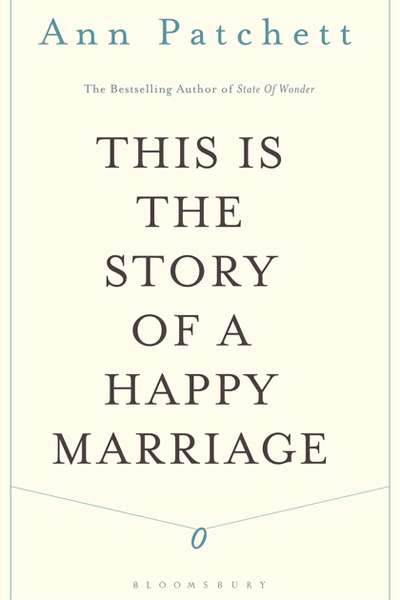