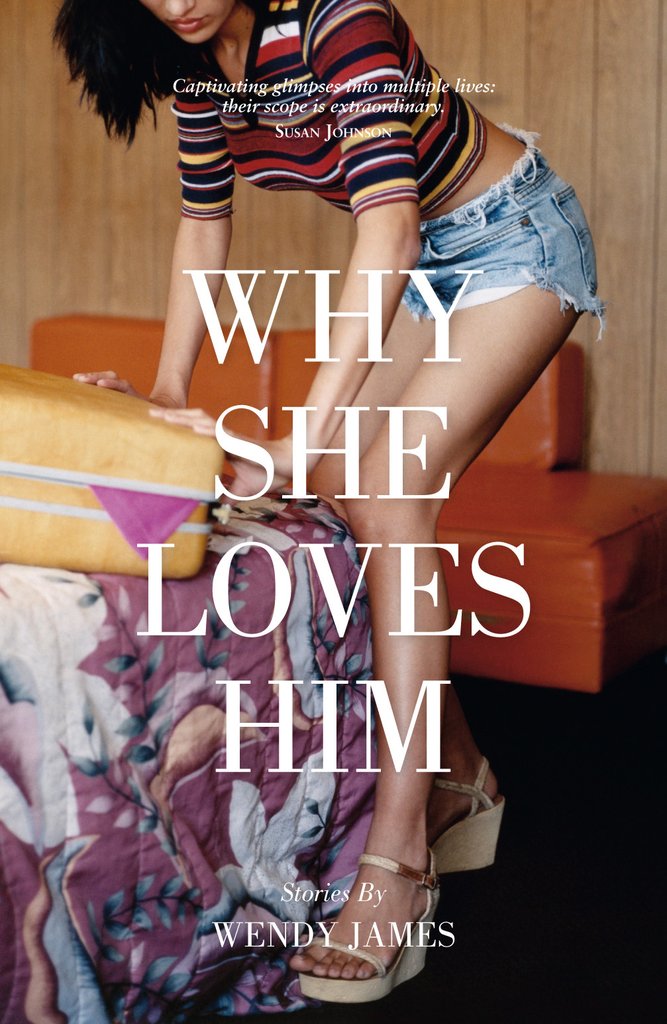 Why She Loves Him

Self-evidently, the short story demands precision. The term ‘short story’ more than likely brings to mind the magazine-length sprint or the rapidly delivered epiphany. John Updike was a master of this demanding form. In his Olinger and Tarbox tales, characters are assembled quickly and sent to their fate with little delay. Never cursory, this was writing performed under haiku-like restraint. In the short stories of Wendy James and Tom Cho, we are presented with similarly brief and precise tales of two different Australian landscapes: one as small as a kitchen, the other as capacious as an arena. Why She Loves Him is James’s first story collection after two well-received novels. For the most part, the stories are quiet and domestic affairs. Her characters are frequently repressed and restrained, filled with rage that is rarely given voice. If the short fiction of some novelists feels too constrained, James’s evocation of despair is perfectly suited to these short bursts.

The stories, even by the genre’s standards, are fragmented creations. Rather than offering the reader unbroken chronological narratives, James’s stories, often within a page of starting, are halted by sudden retreats into the past or fractured by the intrusion of new voices. This method allows for what a single narrative strand often precludes: ambiguity, uncertainty, complication. The stories are skilfully compressed. The voices here commingle but never connect, ultimately resigned to communication in a void.

The price the collection pays for its sustained look into suburban alienation is the absence of almost any kind of humour. Offering little relief to the reader, James’s carefully sketched creations border on caricature. Another problem is the book’s terse paragraph construction. Prose seemingly in rude health is soon cut off. It starts to get samey. Very samey.

Though the collection spans ten years, the recent stories tend to be the strongest. One of these later stories, ‘Brush Off’, is a telling investigation into modern manners (or the lack thereof), centred on a lunchtime meeting of old friends. The story employs James’s standard method of toggling between present and past. What is lost in momentum is gained in precisely observed frustration and disappointment. Another strong piece, ‘How It Is’, this time about the unspoken terror of motherhood, is in its quiet way as bleak and terminal as its Beckettian namesake.

James’s language rarely seeks escape from the familiar. Skies are always ‘deep blue’; girls are frequently ‘tall and brown’. Occasionally, she reaches for an opening of fugitive poeticism, a brief escape from blunt sentences to come. This is the evocative opening of ‘Flat Earth’: ‘From her kitchen window she can see her son’s cubby, one end of the clothesline, a patch of lawn, a piece of sky.’ Or this, from ‘Diving’: ‘The little girls clamber up onto the rock, wave, shout, pose, then swoop like two thin ribbons of water.’ Her other habit, perhaps too frequently deployed, is the sudden burst of italicised interiority (‘Oh Christ, I can’t even remember if I brought it with me. Christ. Did I have it this morning? Think. Think. Think’).

James is attempting an exceptionally difficult mode of writing. It seeks to portray honestly the lives of trapped or disillusioned characters, in unvarnished and clear-eyed language. Nonetheless, James pays her creations sufficient respect, and allows them the intermittent escape of rhetorical flight. That her stories are occasionally marred by flatness or overwriting is a small price to pay. They are otherwise quiet marvels.

Look Who’s Morphing, Tom Cho’s first collection of stories, is a radically different affair. In his best writing (‘Pinocchio’, ‘Learning English’), there is a witty and playful approach to notions of stable sexuality and identity. In place of the old boundaries and certainties, Cho’s world is vertiginous and slick, and sincerity is the first thing to go. With a supporting cast of relatives along for the ride, Cho tries on pop forms with a Twitter-like impatience: Dirty Dancing, Godzilla, The Bodyguard and The Sound of Music. From story to story, these modern myths are rejigged and recast as porno comedies, rockstar fantasies, daytime confessions.

For a while, the book is fast-paced and breezily amusing. Somewhere mid-point, weariness descends. No one ever asked much of the material Cho is utilising for parody and pastiche, but between covers, in that old-fashioned object called a book, something more is required. Rather than using junk, the junk begins to use Cho. What possible reaction can one have when presented with sentences such as, ‘On Oscars night, Whitney Houston is understandably nervous about her safety’, or ‘I was part of a menagerie of Muppets that was accompanying guest star Roger Moore in his closing number’? Try a paragraph of it on for size, this time taken from the title story:

We decided to skip lunch and instead drove straight to my place to have sex, me as the construction worker from The Village People and her as the man who was wearing a leather cap and leather jeans. We were already kissing each other frantically as I opened the front door. Tara wanted sex very badly. She told me that she had never done it with an Asian guy who had morphed into Dr Quinn from Dr Quinn, Medicine Woman, then into the construction worker from The Village People.

This is writing as karaoke: bliss for the person with the microphone and his inebriated friends; mounting impatience for everyone else.

At this point, I feel the need to lay my pop credentials on the table, or at least assert my love for a healthy amount of cultural detritus. To speak of the pop culture morphed and mangled in the book with such a slighting tone may perhaps be the sign of a dedication to embarrassingly dated standards, but the book, with its often playful but finally exhausting triviality, goads the reader. By the book’s end I wanted to slap the Bodyguard DVD out of Cho’s hand and replace it with a Fassbinder compilation, the whole time insisting in an entirely foolish manner that there was such a thing as objective quality. The world that created Dirty Dancing also produced The Band Wagon. The culture responsible for Fantasy Island is also responsible for Hancock’s Half Hour.

Of course, any dropped name is as ‘good’ as any other in this realm of po-mo mix and match, based as it is solely on private enthusiasms. Surely this is one of Cho’s points, and the trash of the past has of late returned too often with a new-found cultural prestige for me to dismiss the possible immortality of a Patrick Swayze vehicle. Still, the relativism tires. That the relentless polymorphic shapeshifting in the book carries with it the cultural weight of migrant experience and gender swapping is, finally, beside the point. The extended conceit isn’t strong enough, or vigorous and various enough, to sustain a thematically linked story collection. Eventually, some morphs really are better than others.

Cho, to be fair, is operating in a complicated field, and handling apparently simple yet fundamentally unstable material. The transience of pop is, hysterical tone acknowledged, a dangerous thing indeed to allow into the realm of literary fiction, filled as it is with old-fashioned notions of timelessness. Too much product placement and junk kills literary prose. Besides, pop sustains itself with a remorseless logic. It does not need literature’s approval, and it certainly does not need extended homage and worship in the place of critique and satire. The book’s back-cover blurb, offering the possibility of a ‘fundamental questioning of the nature of identity’, seems optimistic at best. Beyond Look Who’s Morphing’s surface excitement and drollery, little is truly interrogated. The playfulness contains no higher aims than its own delight, which is, inevitably, an ever-contracting circle of narcissism. It is a glimmering and occasionally dazzling début, but weightless and, finally, affectless.

Adam Rivett is a Melbourne-based reviewer. He contributes to The Slow Review. 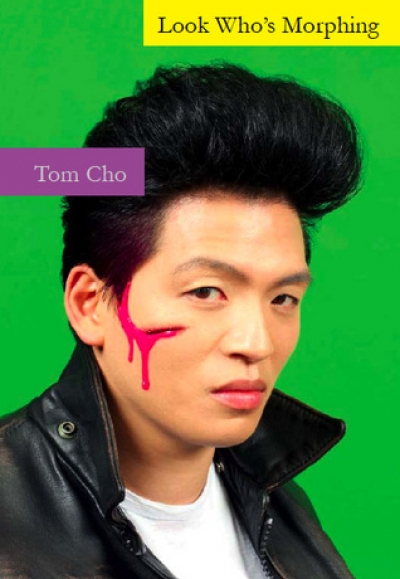 Why She Loves Him