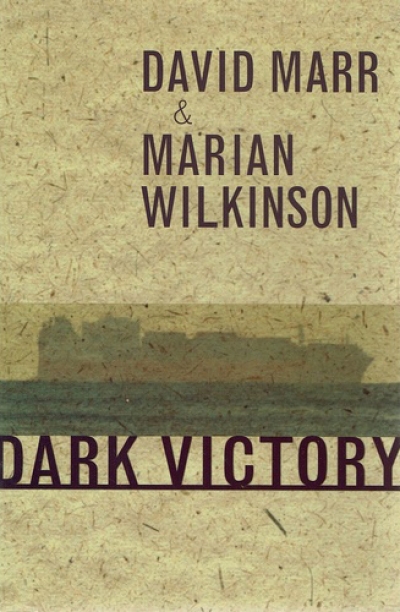 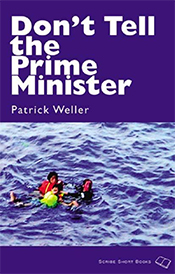 Dark Victory opens with a coup: in a deep-etched narrative, joint – and seamless – authors David Marr and Marian Wilkinson make human beings out of the anonymous acronyms of John Howard’s border protection strategy. Explicitly rejecting the gulag language of numbers, of SUNCs in SIEVs (Suspected Unauthorised Non-Citizens in Suspected Illegal Entry Vessels), they begin with people – stirring, then waving. These are men and women with names, professions, histories, family:

[Khodadad] Sarwari, a teacher, sat jammed between his wife, their three children and his brother on the boat’s flimsy upper deck. The family was fleeing the Taliban. So were most of the people on the Palapa.

The effect is sudden and bracing. Here are names, contexts, explanations. These were the kind of people Australians feared so much that they would endorse – even applaud – sending them back out to sea. These were John Howard’s ‘people like that’. In a dramatic and deliberate way, Marr and Wilkinson put flesh on shadows. They make asylum seekers responsive players, not passive victims or malign invaders. ‘Rajab Ali Merzaee, an Afghan medical student, watched two sailors come down to the foot of the stairs. “They were two very strong men. Very lovely, very good persons.”’