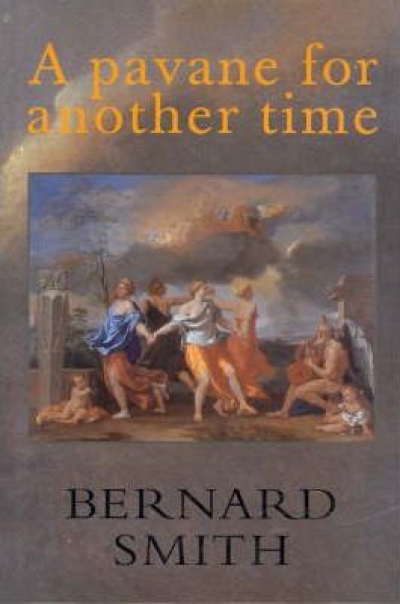 A Pavane for Another Time

It’s a Proustian title, or at any rate a Powellian one, that Bernard Smith has produced for this memoir of his life in the long-ago 1940s, and, yes, there on the cover is Anthony Powell’s hero, Poussin. That’s doubly appropriate because one of the more vivid figures (though also one of the more saturnine ones) in this remembrance of things past is Anthony Blunt, great scholar of Poussin’s work, master spy, eminent director of the Courtauld and critical educator of the Young Bernard.

Blunt is a fascinating shadow in this story, not least because of the younger Smith’s Marxism and his hope that the great art historian will remember his own affinity for Marxist approaches. Instead, Blunt (who at this very period is providing information to the Soviets via Burgess) is all patrician superciliousness. He has renounced his Marxist trappings – possibly as a form of cover – and he gives Smith’s Place, Taste and Tradition a cursory flick, only to remark condescendingly, ‘Oh, you have surrealist painting there, too, do you?’

Still, it is Blunt who introduces Smith to Charles Mitchell, the man who will become his Socrates, teaching him not to write ‘too well’ and introducing him to the ideal, as well as the rigours, of research. And it’s not hard to see England as something more than Bernard Smith’s blacking factory, indeed as a kind of salvation. Smith goes to Britain as a young colonial – albeit one with considerable belief in himself – who has renounced the expressionist painting that might have been his destiny, but he comes back as a critic who has had his intellectual epiphany with Ernst Gombrich and has discovered – in Freudian terms – his dream painting in a work attributed to Rogier van der Weyden. More particularly, the iron has entered his soul. He has mastered art historical method. He is a man of the Warburg Institute and has published in its journal. He is now in a position where he can set about writing European Vision and the South Pacific 1768–1850 (1960).

A Pavane for Another Time