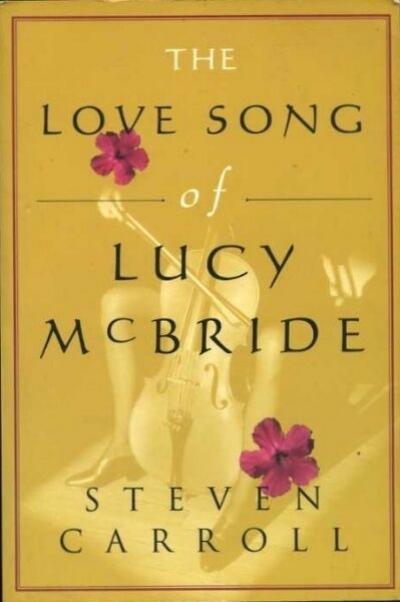 The Love Song of Lucy McBride

In his third novel, Steven Carroll continues to work on those questions, obsessions, scenes and images that preoccupy him as a writer – the characters and personalities of women, and in particular that figure of a sexually charged and sophisticated young woman so disturbing to Helen Garner in The First Stone; the language of infatuation; the placement of characters in their particular city; mismatched lovers as the centre of a love story; and a certain trick Carroll has of overlaying the inner lives of characters with the narrative of events in the story being told. It is as though his characters swim, groggily, up out of their fantasies into the harsh, ironic events that have been provoked by their inner dreams. Life in his novels operates as a merciless commentary on the evasions and hubris of each character's consciousness.

Carroll’s interest in mythic figures of the Jungian kind, with a keen wit keeping the work from being ponderous, his control of his prose, the fun he has with long sentences and even a tendency to adopt a fruity sort of alliteration are nicely displayed in one of his images of a young woman near the beginning of the novel:

When she walked, the whole school stopped. Whether they despised her, admired her, loathed her or loved her, the legs of Helena Applegate would stop the school. In the February heatwaves or the cool months of June, the eyes of the school would lift, be still, and become arrested by the spectacle of Helena Applegate walking. If there was a crowd out there, she never noticed. A pity she was so stupid and had nothing to say, they muttered. What a pity she was almost mute with stupid­ity. Of course, Lucy knew she wasn't. But with perfect legs, and a walk that had the power to stop the whole school she had to be stupid.

The Love Song of Lucy McBride