Both the poetry and prose are different from what has gone before. Les Murray tells us what he thinks the difference is in his cover note:

Rhyme is used far more often than in the past … The poet also sets out to recover, or learn, the arts of brevity. In his fight against prolixity, in fact, he has even dropped his middle initial.

The reasons for rhyme, and the rhyme of his reasons, can be found in the prose work in the pieces ‘Poems and Poesies’ and ‘Poemes and the Mystery of the Embodiment’, the general underpinnings of which are outlined in ‘Embodiment and Incarnation’. He argues that art is a product of a trinity: the forebrain (the seat of waking reason), the limbic reptilian brain (the dream) and the body (the dance of ecstasy). God can reach us through all three, and poetry is a uniquely placed art which exploits all of these areas. Any deep integration of the three is a poem. Hence a theology (Christianity), an ideology (Marxism), or a breath-taking design (Porsche cars) can be a poem. Using the analogy from phoneme, Murray calls this large unit a ‘poeme’. ‘Poem’ he reserves for its traditional meaning, arguing that a poem is the most perfect and integrated art-form there is.

Rhyme is poetry’s dance, hence its importance. In an article on the two editions of Anthony Conran’s Penguin Book of Welsh Verse (1967, 1986), Murray clearly indicates his very early and continuing debt to Hopkins (who was himself influenced by Welsh poetic forms). He indicates also his more recent interest in using the musical resources of that language’s poetry. I suspect that the more recent the poem, the more aural decoration it has. Sometimes it is there for comic effect, as in ‘On Removing Spiderweb’ which is, perhaps, a children’s poem (the dustcover promises some):

But most often the effect, though playful, is a decoration which lives inside the poem, not outside:

The fiddle stitching through this
quilt lifts up in singing flights, the other’s mourning, meaning tune
goes arching up and down
as life undulates like a heavy snake
through the rocked accordion.

That poem, ‘Accordion Music’, is fit to read after ‘Bagpipe Music’ at a real poetry reading. Even when the subject is the serious one of floods, the aural patterning doesn’t overwhelm or trivialise the subject:

Over the terra cotta
speeds a mirrored sun
on bare and bush-mossed water
as a helicopter’s stutter
signals a stock-feed run,
and cubic fodder-bombs splash open on sodden islands.
In their yolk of orange squash, tugging out each mud galosh, sheep climb those twenty-inch highlands

Here there is an equal balance between the verbal decoration and Murray’s great gift, his acute visual awareness which presents us with metaphors which rearrange the world. Without that balance, these new poems would tip precariously toward the raptures of sound (or dance) for its own sake. On occasions that happens. The collection ends with a celebration of the dance of humanity and a river in an epithalamium. There is a marriage, certainly, and a comprehensive vision of the cosmic dance, but the language strains to embody it. ‘Love never gave up the rhyme’, we are told, but the rococo couplets which follow aren’t as rooted in the visual and don’t have that clarity which is the mark of Murray’s poetry. Perhaps I’m not yet used to their strangeness:

I am listening now to women who
from brew and bouillon of old
caste
hoist up on soda-gnawed dowels the
huge coiled cloths of the past
crying Who didn’t know the cobbles
might glimmer out at nothingness?
Of you, the best knew that gravity
from underneath isn’t levity
but when you were called from broad
pleasing and required to impress
you sacrificed rhyme, the lovelier
proof that impoverished less,
that added, and skip-turned, and
added, on over the abyss.

Other poems are rooted in the visual. The bravura description of ‘Araucaria Bidwilli’ ends with the poet’s recognition that:

These are the trees that teach me again
every tradition is a choke on metaphor
yet the limits to likeness don’t imprison its ends.

Tradition, the forebrain and reason, might choke the dreaming metaphor, but the vegetative life of the body and dance can release that blockage. The tree has its ends ‘climbing above gullies, through mote-drift on the mountain’, and so has the poet in making the poem.

In both these books you can see Murray drawing in the threads of the past few years, consolidating and expounding an idiosyncratic apologia for poetry and this poet’s life and lifestyle. The inventiveness and the certainty, despite an acknowledged recent nervous breakdown in the Preface to the prose, moved this reader. The last time I reviewed one of his collections I compared him to a tourist-bus driver; now he seems more like one of the guides at the Jenolan Caves, conducting us around the chthonic mysteries and renaming all the well-known formations and making them new again. Despite the wish for brevity, sprawl is still with us, not in the individual poems so much as in the collection as a whole, which has a go at the domestic, the national, the religious, the well-told story, the historical and, as he is keen to point out on the cover, a poem in blues form.

The collection of prose overall seems to me more considered and less cranky than some of the offerings in the past. There is also in the final piece, ‘In a Working Forest’, marvellous evidence of the poet’s ability to write simple, hair-raising prose. Even those who pick up Blocks and Tackles thinking it is about Rugby league rather than polemic will not be disappointed. There are ideas here for everyone. And besides, it was the sports master, among others, who turned the young Les on to poetry at Taree High School (‘From Bulby Brush to Figure City’).

Julian Croft was first published in Australian Letters in 1962 and has been writing ever since. He has published a novel, several books of poetry, critical studies of Joseph Furphy, and the Anglo-Welsh poet T.H. Jones, as well as edited collections of poetry. He has been an active reviewer over several decades. He lives in the New England region of NSW. 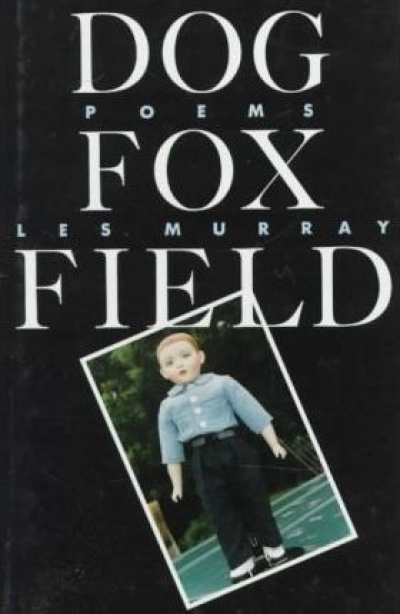