As I became more and more engrossed in this wonderful novel, I asked people I came across ‘Thea Astley?’ And they’d answer vaguely ‘I keep meaning to read her’ or ‘she’s meant to be good’ or ‘I don’t know why I haven’t, she’s written quite a few, hasn’t she?’ Who does read Thea Astley? Me, now; and people I come across will. I’ll make sure of it.

It’s Raining in Mango is the story of four generations of a white Australian family. It begins where it ends, with a violent conflict between chanting greenies and relentless bulldozers in a Far North rainforest. In the book’s prologue, the aging Connie, watching her son, falls to the ground and falls into a kind of delirium, and her present is overshadowed by the past and memory and the stories told by the old family photo album.

After all, despite all those by-chance places and their strangers who become intimates ... despite all that, only the family as she knows it has cohesion, provides a core.

And Connie gradually fades away until her natural reappearance, as the story begins with her grandfather Cornelius Laffey. An Irish-born journalist, he comes to Australia by way of Canada at age twenty-four in 1861. He takes his wife and children from Sydney to the goldfields near Cooktown, where he scribbles away as others dig, ‘My gold’s in my pen, sir.’ His career comes to an end when he decides to report -and editorialize as we’d say these days – thoroughly on the horrific slaughter of a tribe of Aborigines, witnessed by his wife and children too. An expose, we’d call it. It’s never printed.

Cornelius and his family, unlike the other whites, have an empathy for the dispossessed inhabitants of this country. So do his descendants. And the greenies at the end might tell us something about a new generation of Australians whose roots go back long enough – only just – for them to feel love for the land deep enough to be an identification, strong enough to defend it with their lives, as primitive in their own way as the blacks were, as badly equipped with their slogans and indignation as the blacks were with their spears. And as likely to win in the end. Or maybe they’re just dope-addled and infantile, maybe their rebellion has no real substance. (There are no glib conclusions allowed.)

One Aboriginal child, who escaped the slaughter, befriends Cornelius’s son, and his own descendants turn up at each generation. Their stories, unsentimentally but feelingly told, particularised in character and incident, remind of the horrors perpetrated against the race: children brutally kidnapped by police for missionaries; small town rednecks seeking a target for their hostility ...

Now, these are the fashionable lefty-liberal sentiments in this the year of the Bi, and it is greatly to the writer’s credit that she has enough faith in the narrative and its characters never to underline the points they implicitly make. She is far too intelligent to simply tum conventional moralisms upside down. While her women are as fiercely independent as the men, it is this reader, not the author, who makes sure you note that.

Well, the rest of the story is marvellous. The decades go by, the young become older, and each character takes his/her turn centre-stage. Historical events – settlement, Depression, war – shape the incidents; social conflicts are reflected in the lives of individuals. Vivid visuals, a flood sweeps a whorehouse out to sea; a swaggie resuming a vast solitary walk; hippies taking over old Will’s property ...

Each of the novel’s chapters is a self-contained narrative. The novel’s aims might have created an unwieldy epic, an airport novel, but the whole is only three hundred and forty pages. It seems to be dense with detail, while, paradoxically, elegant and uncluttered. While it is beautifully cohesive, dislocation and restlessness echo through its pages.

I’d be surprised if a better Australian novel appeared this year.

Inez Baranay was born in Naples, Italy, and grew up in Sydney, Australia. She has published twelve books of fiction and non-fiction, and has lived in and taught creative writing in countries including India, Indonesia and the United States. Most recently Inez taught at the university in Canakkale, Turkey, on the shore of the Dardanelles. She now lives in Sydney. 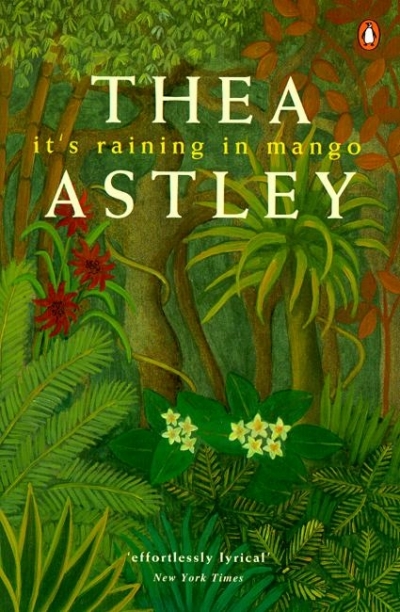