Do not attempt to judge this book by its amazingly beautiful but iconographically confusing cover. A close-up photograph of a single leaf shows its veins and pores in tiny detail. The colours are the most pastel and tender of creamy greens. Superimposed over this lush and suggestively fertile image is the book’s one-word title: Drylands.

I love Thea Astley’s writing and always have. I love its densely woven grammar, its ingrained humour, its uncompromising politics, its demented metaphors, and its undimmed outrage at human folly, stupidity, and greed. I love the way that even at its most savage and despairing it has always had a suggestion of redemptive energy working away somewhere in the plot, no matter how subterranean, outmanoeuvred, or comprehensively beaten down.

Her new book has all these qualities except, alas, the last. Drylands is Astley’s Waste Land, with a cast of exhausted and alienated characters wandering through it in the death­grip of entropy, pursued by fin de siècle furies and other personifications of failure and defeat. In the small town of Drylands, there are no fragments shored against anybody’s ruin (well, there are, but even the fragments get vandalised and tossed), and there is certainly none of the peace that passeth understanding.

In one of these Eliot-like character/narrative strands, Benny Shoforth, unacknowledged son of a violent white-boss rapist father and a twelve-year-old Aboriginal housegirl mother, has been driven out of his home and has taken up residence in a cave in the bush, accompanied by his late mother’s three­piece Genoa velvet lounge suite. Eventually, his malevolent white half-brother Howie Briceland, town councillor, drives him out of there as well. Benny confronts Briceland in a public meeting – ‘I’m your brother!’ – and is hushed up and hustled out by a couple of self-appointed bouncers. On one level, as is clear from this sequence of events, Drylands can be read as a dystopian millennial fable and national allegory, a grim encapsulation of Australian history in general and race relations history in particular on the eve of its Federation centenary.

Astley’s body of work over the last forty years adds up to a protracted study in the way that full-scale violence and tragedy can flower extravagantly from the withered seeds of malice and resentment, and this book is no exception. The perps are all her usual suspects: racists, developers, hypocritical gung-ho civic do­gooders, and assorted unreconstructed male-supremacist swine. This time, though, a new kind of offender has been added to the mix: computers. It’s difficult for a reviewer when a novel by a writer she likes is largely based on three premises with which she disagrees: that kids can’t read and don’t care that they can’t read; that the world is going to hell in a handbasket; and that computers are the invention of the devil. One would conclude from this book, moreover, that these three things are closely linked.

The first of the classic Astley drifters to whom we are introduced, the widowed Janet Deakin, is ‘writing a book for the world’s last reader’. Janet spends much of her time in mournful meditation on the odium of screen culture in general, and on the passing, as she sees it, of the pleasures of reading and writing:

Out there, yes, out there all over the wide brown land, was a new generation of kids with telly niblets shoved into their mental gobs from the moment they could sit up in a playpen and gawk at a screen, starved of those tactile experiences with paper, the smell of printer’s ink, the magic discovery that black symbols on white spelled out pleasures of other distances.

Print literacy is figured in this book as the thing that could have saved us but is being destroyed; the page and the screen are presented as mutually exclusive and morally opposed.

If you simply don’t believe this, it makes Dryands hard to read because you want to keep arguing with it. Some people like to read and others don’t; this has always been true and will go on being true. Literacy isn’t vanishing, and neither are the tactile pleasures of reading. After all, Astley wrote this book; it got published; it smells lovely, like all new books; and now I’m sitting here writing about it and soon you will be reading what I write. In front of me there are 294 pages and two screens (one of which, while it has no smell, is a beautiful golden colour) and they all appear to be co-existing quite harmoniously.

I am reminded by this book of a non-literary friend who often claims that words are cheap. If she really thought that, surely she wouldn’t bother to say it; but they are words in whose power and value she clearly believes. Astley’s case seems to me to be much the same. If she really believed that the screen had horribly taken over from the page, would she have written a book about it? 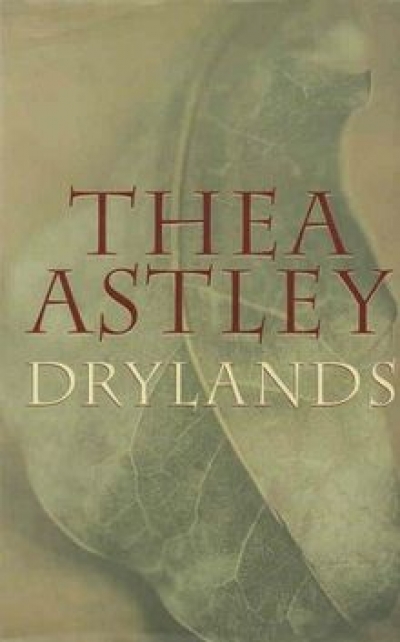