Caryl Churchill’s 2016 play, Escaped Alone, finally receives its Australian première at Red Stitch, and it is as succinct and devastating a piece as we are likely to see all year. Those interim years since the play’s arrival in the United Kingdom have only sharpened its edges.

Churchill is arguably the world’s greatest living female playwright; indeed, her closest rivals – one could, for example, make a case for US playwright Annie Baker – owe such a debt to Churchill that they seem like acolytes. Cloud Nine [1979] and Top Girls [1982] may have cemented her reputation as an anti-capitalist, feminist firebrand, but the constant revivals of those works suggest that her influence is unlikely to diminish. In the years since Top Girls, Churchill has expanded her reach and her interests, so that her works must surely rank among the greatest of the modern era. 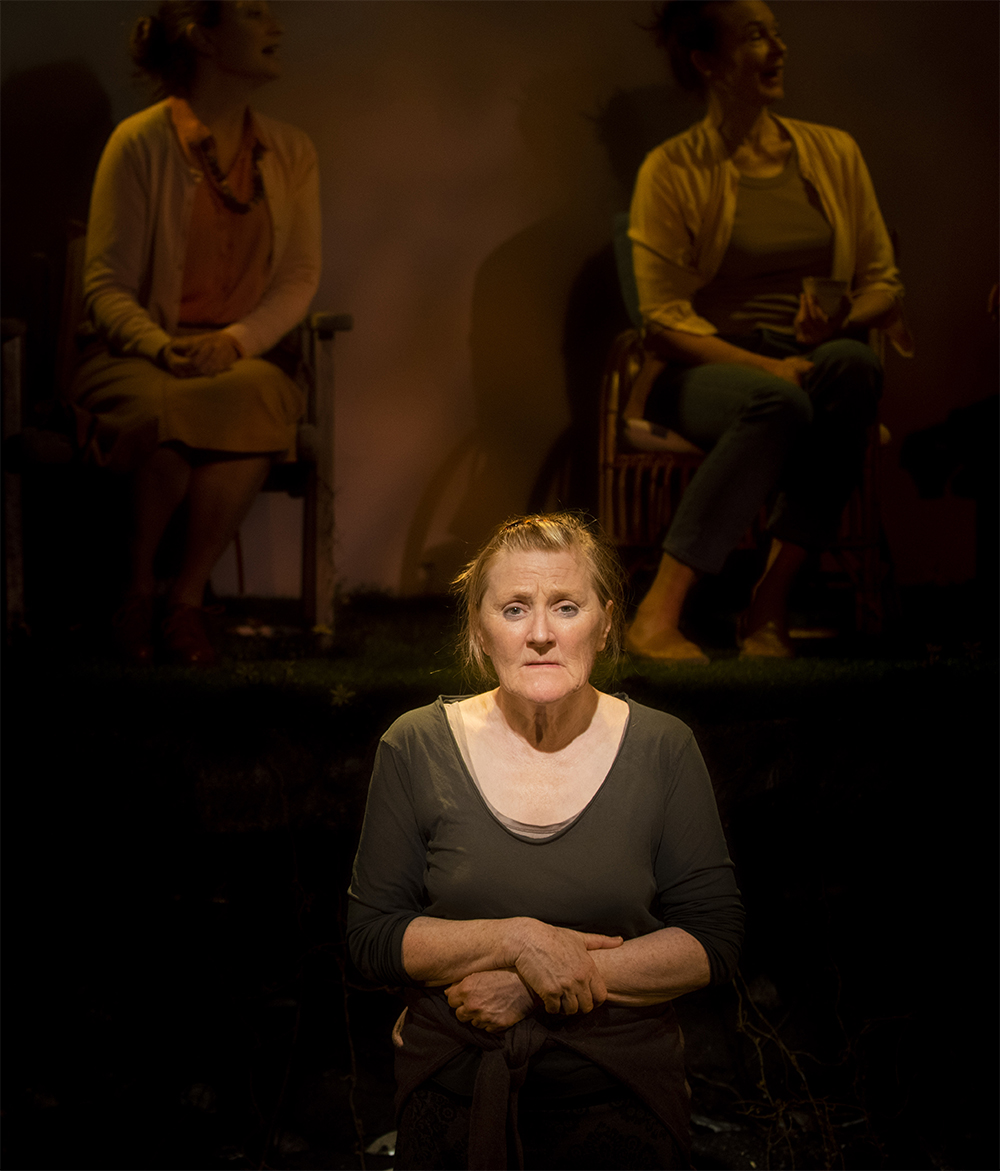 Escaped Alone has most in common with Churchill’s one-act play Far Away (2000): at just under an hour, it’s short; it is fascinated by the relationship between the personal and the apocalyptic, and it makes of our social contract something sinister and unnerving. We open with three neighbours – Sally (Caroline Lee), Vi (Margaret Mills), and Lena (Marta Kaczmarek) – remarking on the unlooked-for but not entirely unwanted addition to their group, Mrs Jarrett (Julie Forsyth), who has slipped through the fence and accepted the obligatory offer of a cup of tea. The women have clearly gathered together to shoot the breeze for years, and yet the accommodation of a stranger doesn’t so much reiterate the associations between the old friends as reveal their chinks. Mrs Jarrett looks on initially with a kind of detached bemusement, but eventually she becomes another cog in this well-oiled, if only intermittently connected, social machine.

The playwright contrasts these half-hearted group reveries with suddenly detached and pressingly detailed monologues of social collapse and ecological catastrophe, delivered by Forsyth at the front of the stage – although the use of the word ‘contrast’ here is probably an understatement. From the quotidian, if slightly offbeat, conversations between the women, we are plunged into the increasingly bizarre descriptions of an end of days, one that feels both far away and awfully present. Churchill’s gift for rhetorical flourish is given full rein in these soliloquies of destruction and horror. ‘Chemicals spilled through the cracks in the money’, while ‘cities uprooted and re-established themselves on their roofs’. ‘Obese people sold off strips of themselves, and when they got hungry survived on their own rations.’ Some of the details are hilariously pertinent, as when crowds of starving people are prescribed cooking shows, so they can at least watch food. The overall effect is like Titania’s ‘forgeries of jealousy’ speech churned through the medium of contemporary popular culture. 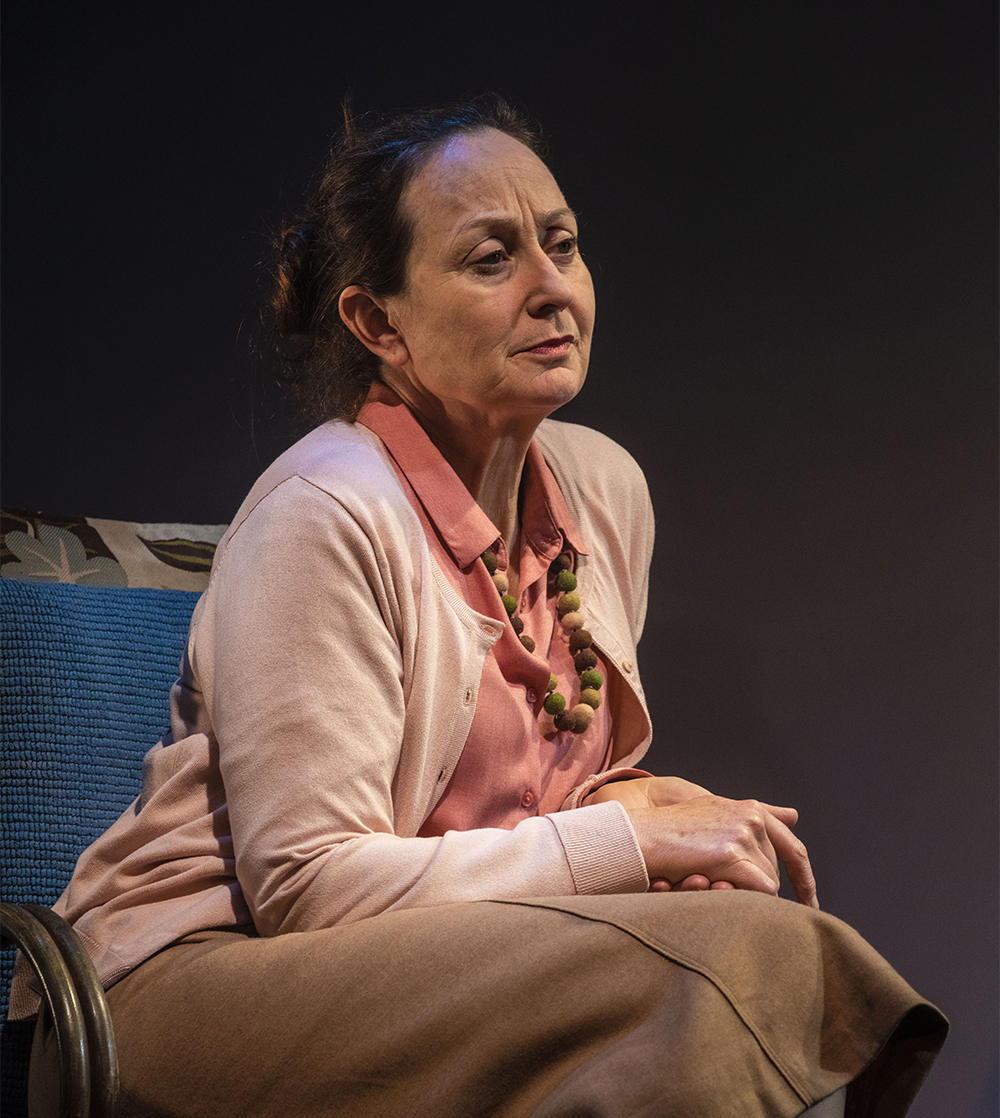 Jenny Kemp is so perfectly suited to the role of director here that it’s hard to imagine how previous productions have managed without her. The syncopated rhythms of the neighbourly chat, with its half-formed ideas and interruptions, are precisely regulated; this gives it a vaguely ominous edge, but Kemp never lets it become mannered or predictable. The performances, by some of the country’s finest actors, are uniformly magnificent. Lee is prim and guarded, until an extraordinary monologue on her seething hatred of cats – which she delivers with a scrunched, almost murderous loathing – reveals the pathology she nestles just under the surface. Margaret Mills is stately and self-assured, outwardly impervious but wracked with a guilt she can’t acknowledge. And Marta Kaczmarek, as the seemingly untroubled if watchful Lena, unveils a cavernous despair in her speech about her debilitating depression that is heartbreakingly credible.

These long, anguished asides, along with Forsyth’s ‘terrible rage’, are delivered directly to the audience and remain unacknowledged by the other characters on stage; it’s as if the curtain that separates us from existential terror can only be drawn back so far, lest the whole crushing monstrosity of living starts pouring in. Julie Forsyth’s Mrs Jarrett is the soul of the work, the only character capable of seeing that horror, the only one willing to face the absurdity of the modern world and the march towards its peril. The actor’s wide-eyed openness of expression, and that wonderfully raspy voice, are used to superb comic effect, but also to help guide us through the layers of our own oblivion. It’s a masterful performance, and an indication of the true range of this most idiosyncratic of performers. 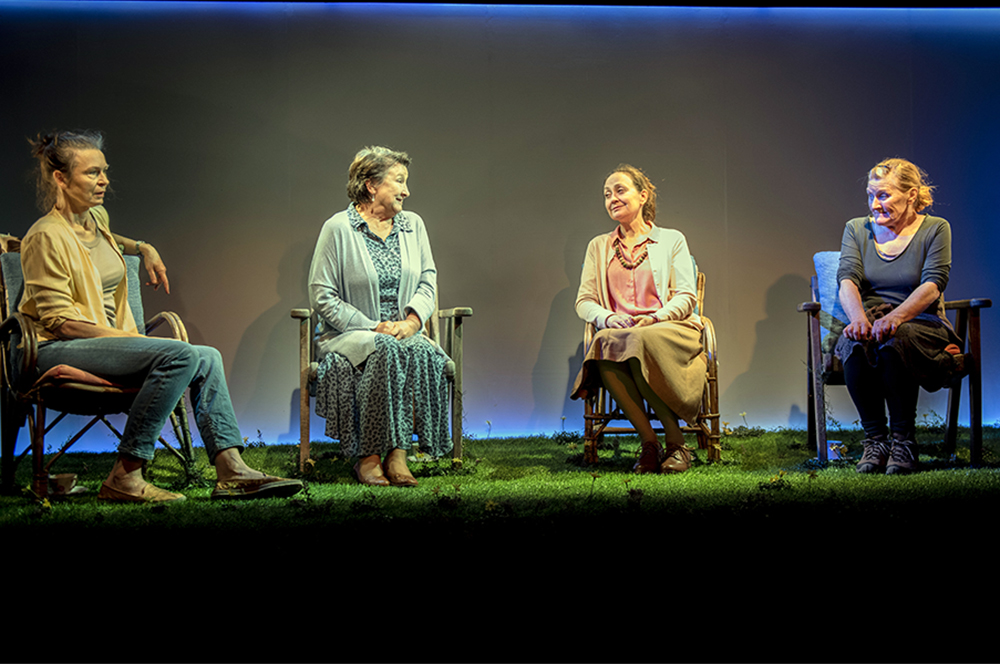 The design is ingenious. Dann Barber’s set, with its bright-green lawn perched high above a shelf of earth, hints at the characters’ dissociative relationship to the natural world, and his costumes are slyly suggestive. Rachel Burke’s lighting, morphing from sickly greens to fiery oranges, is powerfully effective. Together – with recent triumphs Barnum and 33 Variations – this pair are rapidly becoming design superstars of the independent theatre scene.

Caryl Churchill’s work is going the way of Beckett, and Miró; increasingly distilled and minimalist, the recent plays adopt an economy of expression that nevertheless speaks to maximalist concerns. Escaped Alone, with its titular reference to the Book of Job, suggest that it will be the women, great fissures rent in their armour but their dignity still intact, who are left to pick up the pieces after the great whale of destruction has swallowed and spat humanity out. It’s perhaps a small comfort, but a comfort nonetheless.