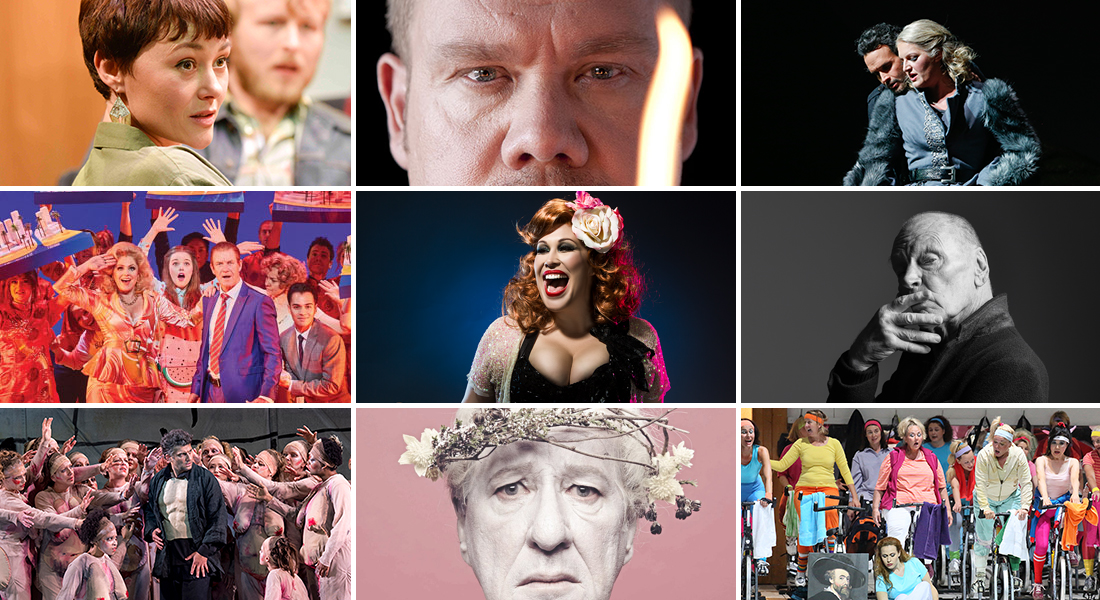 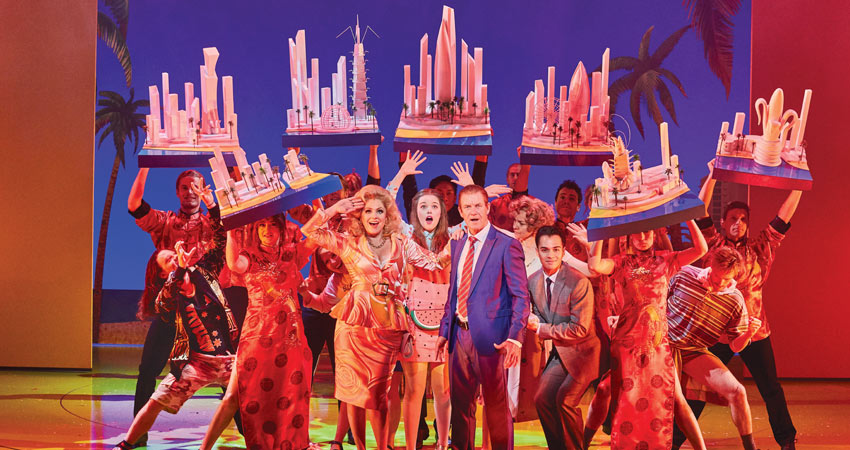 Sydney Theatre Company dominated the first half of the Helpmann Awards, an annual celebration of achievements throughout the industry in support, craft, and technical roles, held at Sydney’s Capitol Theatre.

STC’s Muriel’s Wedding The Musical, a co-production with Global Creatures, took out five of the twenty awards announced in the first half of the award, spanning Best Original Score (Kate Miller-Heidke and Keir Nuttall), Best Choreographer (Andrew Hallsworth), Best Sound Design (Michael Waters), Best Costume Design (Gabriela Tylesova), and Best Music Direction (Isaac Hayward). The Sydney Theatre Company also excelled in others areas, with Anita Heigh winning Best Female Actor in a Supporting Role in a Play for her performance in The Resistable Rise of Arturo Ui, and Sarah Goodes winning Best Direction of a Play for her work in The Children.

To the surprise of no one who saw it at Glyndebourne last year or at the 2018 Adelaide Festival, Brett Dean’s operatic version of Hamlet took home a few Helpmann Awards in the second half, with Neil Armfield receiving Best Direction of an Opera. British tenor Allan Clayton, in the title role, won Best Male Performer in an Opera, and Lorina Gore (Ophelia) winning Best Female Performer in a Supporting Role in an Opera.

John Bell is Back as the Miser 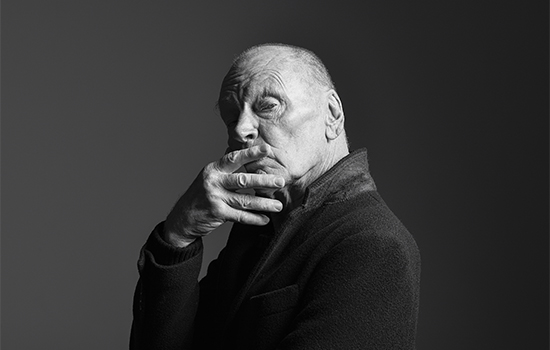 John Bell in Bell Shakespeare's 2019 production of The Miser

Bell Shakespeare has announced the first of its 2019 productions: Molière’s comedy The Miser, which marks the return of the company’s founder John Bell in the titular role. Bell stepped away from the company in 2015, having created it in 1990. Bell will play the tyrannical penny-pincher Harpagon, a bourgeois deviant prepared to sacrifice everything, whether it be his children or his dignity, to come out on top.

Australian playwright Justin Fleming has been assigned as translator of the Bell Shakespeare adaption, who has worked previously on other well-known Molière satires such as Tartuffe and The Misanthrope. Directing The Miser will be Peter Evans, Artistic Director of Bell Shakespeare, who said the decision to bring back John Bell as Harpagon was ‘too tantalising to resist’. ‘Having the opportunity to invite back our Founding Director to Bell Shakespeare, in a role that will have you laughing in the aisles, if not a little scandalised by the naughtiness of Justin Fleming’s translation, is a pleasure.’

Tickets to The Miser are exclusively available to Bell Shakespeare Members now; they will go on sale to the general public in November 2018. 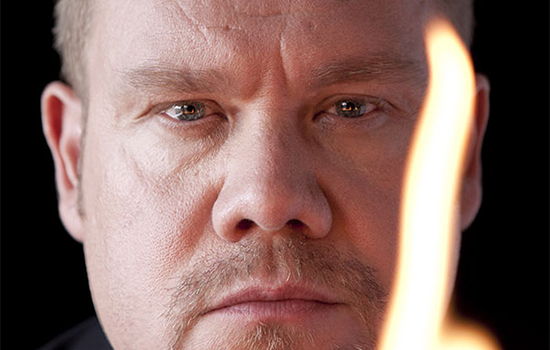 Stuart Skelton, one of the world’s leading tenors, is back in the country for a series of performances. This coincides with the release of his début album, Shining Knight (ABC Classics, ABC 481 7219) on 20 July. Skelton is considered one of the finest heldentenors of his generation. Shining Knight, recorded with the West Australian Symphony Orchestra and conducted by Skelton’s frequent collaborator Asher Fisch, features many arias from roles that have elevated Skelton to international acclaim, including Parsifal, Lohengrin, and Siegmund.

Skelton then heads to Perth for what promises to be one of the concerts of the year – one that celebrates WASO’s ninetieth year. Principal conductor Asher Fisch will lead a concert performance of Wagner’s Tristan und Isolde, with Skelton and Eva-Maria Westbroek as the principals. There are two performances: August 16 and 19. Stuart Skelton has performed the role of Tristan before, notably at the Metropolitan Opera in 20916, opposite Nina Stemme as Isolde. (Peter Rose reviewed this for ABR.) The pair went on to perform extracts from Tristan und Isolde in Hobart later that year.

In one of the highlights of the Brisbane Festival, Queensland Opera will present Skelton in another of his greatest roles – Peter Grimes in Benjamin Britten’s most celebrated opera. Scottish conductor Rory Macdonald will lead two performances (September 20 and 22) of Peter Grimes, with Sally Matthews as Ellen Orford.

Brisbane playwright David Megarrity has won the Queensland Premier’s Drama Award 2018–19 for his play The Holidays. Selected from over ninety entries, Megarrity’s delicate, family-oriented play was chosen ahead of fellow finalists Hannah Belansky for‘don’t ask what the bird look like’, and Anna Yen for Slow Boat.

‘David Megarrity’s The Holidays is a disarming meditation on mortality and father son relationships,’ said Queensland Theatre Artistic Director Sam Strong. ‘It’s a delicious combination of high-tech ambition and low-fi theatricality. David Megarrity, speaking of his winning work, said, ‘This visual theatre piece combines live performers, projection, audience participation and music to explore the impact of dementia, as experienced by one family, focussing on the connections between son, father and grandfather – told through the eyes of a young person.’ 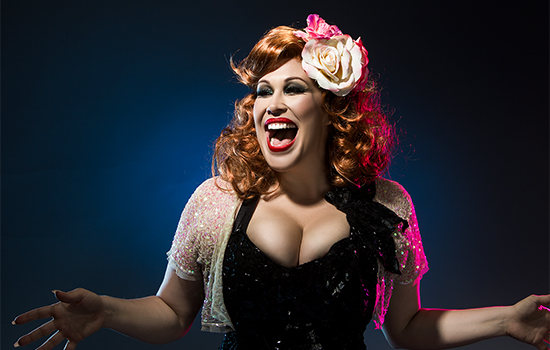 Catherine Alcorn as Bette Midler in The Devine Miss Bette

Award-winning artist, producer and Australian cabaret performer Catherine Alcorn is set to make her Sydney Opera House debut in her show The Divine Miss Bette. Alcorn’s show channelling the American icon Bette Midler débuted in the United States earlier this year to positive reviews. Catherine Alcorn herself is a Sydney Theatre Award and Broadway World Awards nominee, and has headlined both the Sydney Festival and Adelaide Cabaret Festival.

Performing alongside Alcorn as The Harlettes is the stellar duo Kirby Burgess (Dirty Dancing) and Phoebe Panaretos (Strictly Ballroom), who, supported by a seven-piece band, will join Alcorn in belting out Midler’s classics such as ‘Stay With Me Baby’, ‘You’re Moving Out Today’, ‘The Rose’, ‘Wind Beneath My Wings’, ‘Boogie Woogie Bugle Boy’, and ‘In the Mood’.

‘Playing the Sydney Opera House is a dream come true,’ said Alcorn. ‘From its earliest days at the Wagga Wagga Country Club to New York City, and now the Sydney Opera House. I originally put this show together as a showcase. I invited a bunch of agents who never came. But the general public did, and they kept on coming. We haven’t looked back since.'

The Devine Miss Bette is running 23–26 August at the Sydney Opera House.

It’s been far too long – sixteen years in fact – since Melburnians heard Richard Strauss and Hugo von Hoffmansthal’s masterpiece, Der Rosenkavalier (1911). The ever-enterprising Melbourne Opera will present it from 9–17 August at the Athenaeum Theatre, with Daniel Sumegi as Baron Ochs, MO regular Lee Abrahamsen as the Marschallin, Daniella Calder as Octavian, and Anna Voshege as Sophie. Der Rosenkavalier, sung in English, will be directed by Tama Matheson and conducted by David Kram.

Actor Geoffrey Rush has announced that due to medical advice he is withdrawing from the Melbourne Theatre Company’s production of Twelfth Night, where he was set to play the role of Malvolio. ‘I do so with the greatest regret,’ Rush said in a statement. ‘I know that I would not be able to provide the necessary creative spirit and the professional stamina required for the project.’

Twelfth Night will be performed at Melbourne Theatre Company from 12 to 29 December 2018.

TWMA 2018 Biennial From Will to Form 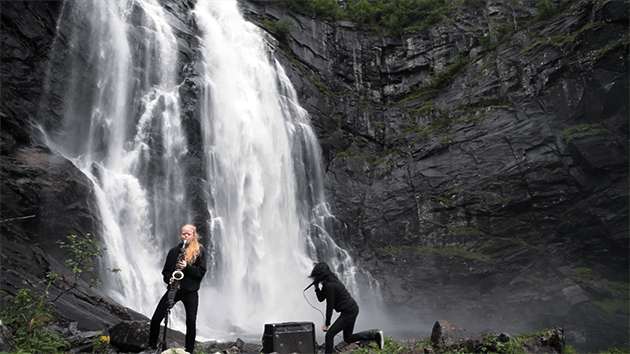 The sixth TarraWarra Biennial, titled From Will to Form, opens at the Tarrawarra Museum of Art on 3 August and will feature twenty-three Australian artists and one artist group. Spanning sculpture, painting, performance, and film works, the collection of art will explore the variety of ways in which humans can be expressed physically: from a forty-metre long blown-and-rubbed painting, to thrown liquid bronze sculptures.

Australian artist and printmaker Mike Parr will be launching the Biennial with a performance piece titled Whistle White, 2018. This will feature young artists maintaining a ‘endless, cycling rhythm of breath’, or, a continuous whistle, for three days.

‘We are very pleased to have this year’s TarraWarra Biennial, entitled From Will to Form guest curated by Emily Cormack,’ said Victoria Lynn, Director, TarraWarra Museum of Art. ‘The exhibition includes works that are wilfully overflowing with humanity, resonating with forces that are bodily, aberrant, abject and creative.’

More for information, visit the TarraWarra Museum of Art website. 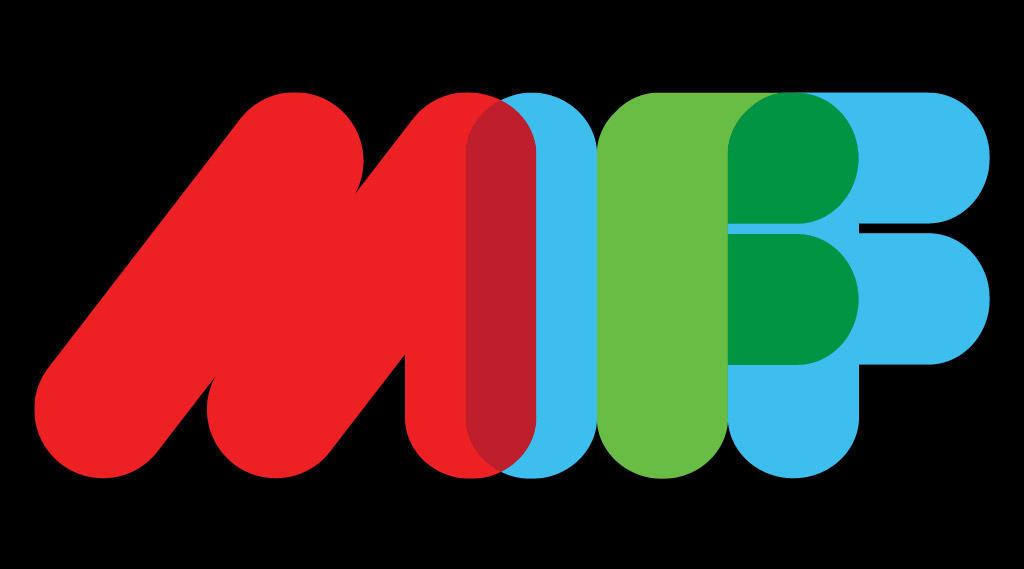 The Melbourne International Film Festival, one of Melbourne’s most popular winter cultural rituals, will open soon for its 67th year – so start practising your queuing and scarf arrangement. The Opening Night Gala on 2 August at the Regent Theatre will celebrate the beginning of the festival with the Australian première of Wildlife, the directorial début by American actor Paul Dano. Wildlife has generated much acclaim since its showing at the Sundance Film Festival in January.

One Australian highlight is Acute Misfortune, directed by Thomas M. Wright, which follows a nineteen-year-old Erik Jensen (The Saturday Paper) and his tumultuous friendship with the late Adam Cullen, which led to the creation of Jensen’s book of the same name on the Australian painter, reviewed for ABR by Peter Rose in 2014.

MIFF runs from 2 to 19 August. For more information, visit their website.

Thanks to Melbourne Opera, we have two double passes to Der Rosenkavalier for opening night on 9 August.

TarraWarra 2018 Biennial From Will to Form

Thanks to Transmission Films, we have ten double passes to Nick Broomfield’s documentary Whitney, about the singer Whitney Houston.