Sydney University in the 1990s. I co-edited Hermes and started a little journal for a class run by Elizabeth Webby. Afterwards, Elizabeth invited me to work on Southerly. That was my real start. In 1998, I was living in Paris and came across Blanchot’s chapbooks published by Fata Morgana and Fourbis at FNAC Montparnasse. Inspired, Vagabond Press began quietly, releasing two titles the next year. Twenty years of unpaid labour followed.

Excluding chapbooks in the Rare Object series, they were David Brooks’s Description, Chris Edwards’s Utensils in a Landscape, and Andrew Zawacki’s Masquerade in 2000–01. Vagabond Press started out very cottage industry, running the first Rare Objects through an old Hewlett Packard 4L. It couldn’t handle duplex printing, so I had to print one side, collate, and then print the other. Kay Orchison printed cover images on large sheets of Hahnemühle 300gsm etching paper with a clunky Epson Photo EX, which we then tore and stuck together with gluesticks. Later, we farmed out the printing, but the process for covers remained the same. With Elizabeth Allen and Jane Gibian, we spent hundreds of hours sticking those images on over fifteen years.

Some, but not all. Depends on the book and the author. Some manuscripts are ready to go, others comprise numerous single-poem Word files and need more work. Some of our writers work with Chris Edwards, others have worked with Liz Allen and Jane Gibian. We’ve also worked with excellent guest editors, such as Pam Brown, Mookie Katigbak-Lacuesta, Michelle Cahill, and others, through the deciBels series.

Varies. Last year the press did seventeen titles. This year it will be eight, while there are already several lined up for next year. After fifteen years in Japan, this year I resigned from my university job to return to Australia and focus on writing and publishing. Later this year the press will accept manuscript submissions for the first time. Hopefully over 2020–22 we will start to grow sustainable, while exploring new trajectories, such as novellas and essays. Recent funding from the Australia Council for the Arts has given us hope for the future, and there’s always the hope of securing a home for the press with a university in Australia or elsewhere.

Shared commitment. We don’t have the resources that bigger publishers enjoy. It helps when authors understand this.

Having the opportunity to work with a diverse range of extremely talented writers and bring their books into the world is a gift. The greatest challenge isn’t with authors, but covering rent and surviving.

Yes, and yes. Stricter with deadlines.

No. The market is irrelevant. Books are a good, not goods.

Melissa Swann, who runs our events, has put together some excellent launches in the last couple of years at our home base in Marrickville.As a publisher, the books finding readers near and far and over time is the most gratifying part of the process. Recently, the Lincoln Centre in New York wanted to republish a poem from a collection we published in 2007. That randomness and accretion is a joy – the way it all travels.

Michael Brennan is a writer and the founder of Vagabond Press. His books include Autoethnographic (2012) and the earth here (2018). 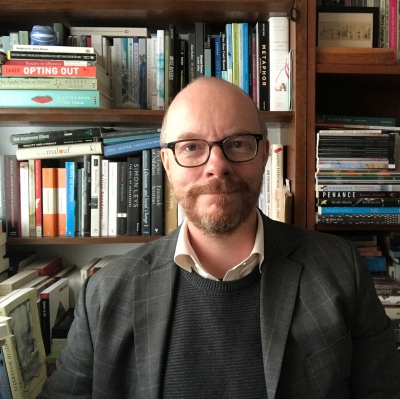