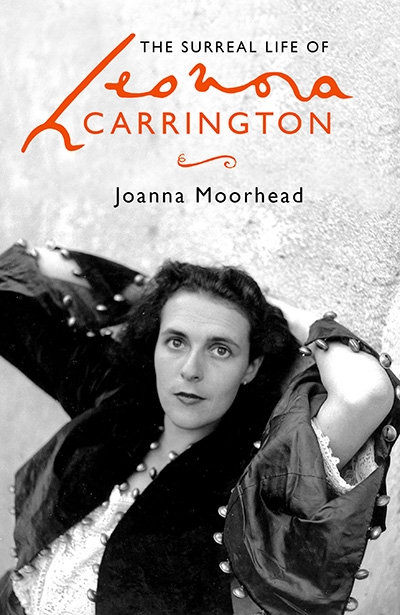 The Surrealist Life of Leonora Carrington

There appears to be a major problem with the story of Leonora Carrington’s life (1917–2011): it hasn’t been told enough. This may be because, as in the case of Frida Kahlo and Diego Rivera, Carrington is often overshadowed by the male Surrealist artists with whom she associated herself – especially her lover Max Ernst – or it may be because our understanding and appreciation of her genius is still in its infancy. Either way, Carrington’s art and writings, and the tumultuous life they are inextricably linked to, have not received the attention they deserve.

The salient details of Carrington’s life are well known to art historians and scholars of Surrealism. They are the stuff of a good page-turner. Carrington was born in Lancashire, to a phenomenally wealthy family. Her father, Harold Carrington, owned a textile manufacturing business and later became the majority stakeholder of Imperial Chemical Industries. Fiercely rebellious, Carrington was expelled from a string of boarding schools. From a young age she was interested in art and literature. She refused to conform to the conventions of the British upper class, which she found suffocating. In 1935, after being a debutante at George V’s court, she moved to London to become an artist. There, she met one of the most important members of the Surrealist movement, Max Ernst, twenty-six years her senior. Carrington’s father, keen to end their relationship, tried to have Ernst arrested. The lovers escaped to France, and Carrington’s father disowned her. In Paris, through Ernst, she joined the beating heart of the Surrealist movement. After Britain and France declared war on Germany in 1939, Ernst was imprisoned for being a citizen of the German Reich in France. Shortly after, to escape the impending Nazi occupation, Carrington fled to Spain, leaving Ernst behind in a French concentration camp. In Madrid she suffered the mental breakdown that became the theme of her searing memoir, Down Below (1988, since republished by NYRB). Her father had her interned at Villa Covadonga, a psychiatric clinic in Santander. To check on her, Carrington’s parents sent her nanny to Spain in a submarine. Ultimately, the family decided that Carrington should be admitted to a sanatorium in South Africa, where she would be out of sight and out of mind – no further embarrassment. Before being shipped to Cape Town, Carrington escaped and married Mexican poet and diplomat Renato Leduc, whom she had met through Picasso. As Leduc’s wife and a newly minted Mexican citizen, she could finally escape her father’s reach. Like other European artists and intellectuals who settled in Mexico as refugees, she befriended Rivera and Kahlo, among others, and in time, became one of the country’s most celebrated artists.

The Surrealist Life of Leonora Carrington