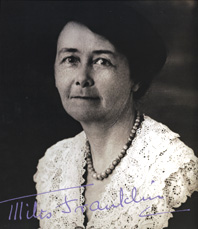 Hot off the press – possibly the longest of recorded literary longlists, for this year’s Miles Franklin Literary Award, which is worth $50,000 – not quite prime ministerial, but still premiership material, and well worth winning, apart from the kudos attached to Australia’s pre-eminent literary competition.

Of the sixty-one novels entered in the Award, the judges have longlisted thirteen. We list them below, and indicate who reviewed them for Australian Book Review, and when. Obviously ABR can’t review every novel published in this country. If we did, we would have no room for other genres. But it’s pleasing that we reviewed ten of the thirteen. You can peruse these reviews on ABR Online Edition (just $6 for thirty days’ access).

The judges this year are Anna Low, Richard Neville (Mitchell Librarian), Julianne Schultz, Murray Waldren, and Gillian Whitlock. Happily, this year’s list is inclusive and varied – and also rather starry (it features several past shortlisted and winning authors):

We’ll find out in June who has won this year’s ‘Miles’: