There is something deeply satisfying about watching a classic cinematic trope done well. The film version of Jasper Jones, the best-selling Australian novel of the same name by Craig Silvey, is a uniquely Australian take on the coming of age film, done very well.

In publicity material, director Rachel Perkins (Bran Nue Dae, 2009; Radiance, 1998) name-checks Rob Reiner’s Stand By Me (1986) – the story of four boys in a small Oregon town who set out to find the body of a missing child – as a central inspiration. Other examples come to mind, including Robert Mulligan’s To Kill a Mockingbird (1962) and, closer to home, The Year My Voice Broke (1987), both of which portray the messy collision of childhood idealism with the mysterious, cynical world of adulthood.

Unsurprisingly, given that Silvey co-wrote the script, the film adheres closely to its source material. In the fictitious rural Western Australian town of Corrigan on the cusp of the 1970s, thirteen-year-old Charlie Bucktin (Levi Miller) is roused from bed one night by a local mixed race boy, Jasper Jones (Aaron McGrath), who asks for his help. Jasper leads Charlie into the nearby forest, to a billabong next to a large tree. From one of the thick branches dangles the body of sixteen-year-old Laura Wishart, Jasper’s secret lover and the daughter of the local shire president.

Jasper maintains his innocence, but knows the town’s police will blame him regardless because of his mixed racial background and his reputation as a troublemaker. He claims to know the identity of the murderer, a local recluse, ‘Mad’ Jack Lionel (Hugo Weaving), rumoured to have killed a woman many years ago, whose dilapidated wooden house on the edge of town functions as one of the story’s key points of narrative suspense.

Charlie helps Jasper hide the body in the billabong and agrees to find the killer, little knowing what he is letting himself in for. As he guards the secret knowledge of Laura’s fate, panic over her disappearance mounts in the town. He also has to deal with the disintegration of his parent’s marriage (the mother and father played by Toni Collette and Dan Wyllie) and a burgeoning romance with Laura’s precocious, bookish sister, Eliza (Angourie Rice). 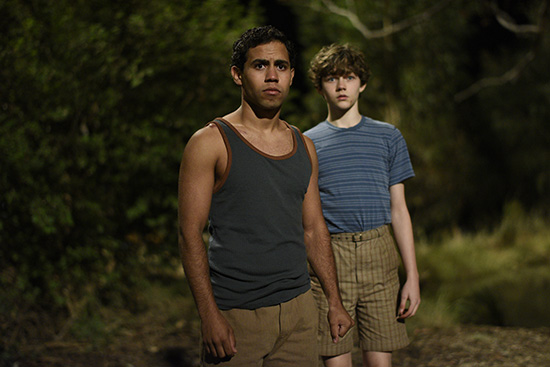 In addition to the coming of age story, the film is a noirish take on the underbelly of small-town rural life. Not only do adults prove confusing and disappointing in their actions, they harbour secrets which Charlie gradually begins to uncover as he digs into the events surrounding Laura’s death. In this respect, the film has a similar feel to Jocelyn Moorehouse’s The Dressmaker (2015). The dark tone, to some degree present in the novel, has no doubt been amplified by the presence of Shaun Grant, whose last major big screen credit was the real-life serial killers tale Snowtown (2011), as the other half of the screenwriting duo.

Jasper Jones also functions as a strong but nuanced depiction of racism in 1960s Australia. The consequences of the treatment of Indigenous people is evident in Jasper’s clear-eyed recognition that he will be fingered for Laura’s death, regardless of whether or not the evidence supports his guilt. Australia’s fumbling engagement with Asian immigration is explored via Jeffrey Lu (Kevin Long), Charlie’s Vietnamese friend, whose humour and indefatigable determination not to bend to the town’s racist stereotyping steal every scene in which he appears.

McGrath, Rice, Miller, and Long (in his acting début) all deliver fine performances, as does Weaving. Wyllie and Collette are good as a couple whose relationship is falling apart in slow motion without their realising why. But it is the young members of the cast who deliver the film, conveying what it means to be a young person trying to comprehend the harsh, often violent ways of the adult. 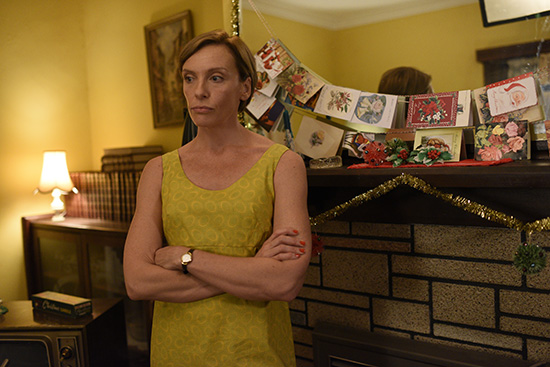 The other aspect of Jasper Jones worth commenting on is the pitch-perfect way Perkins weaves changing Australia in the late 1960s into the fabric of the story. Rock music, news of the Apollo 11 Moon landing, the Vietnam War – which claims one of the town’s young men as a fatality – the stirrings of youth rebellion, create a deeper sense of social unease into the story. The period feel is aided enormously by the real-life setting. In a departure from the book, which was set in a desert town, the film was shot in Pemberton, a former logging township 330 kilometres south of Perth. According to the production notes, Pemberton has lain almost untouched for the last half-century. Perkins uses the period detail and lush, forbidding forest surrounding it for good effect.

None of Jasper Jones is particularly new. The dominant tropes of coming-of-age films having been treated on the big screen so often that many of the plot twists are not really very surprising. But novelty is not what this film offers, so much as a virtuoso take on a familiar theme.