The first time that I really took notice of Orry-Kelly’s name was when I began researching the 1933 pre-code film Baby Face a number of years ago. I became obsessed with Barbara Stanwyck’s sharp Manhattan business attire, her intricate gloves, and the fur-draped costumes she later wore as a kept woman. That the costumes were, at heart, Australian made them seem only more glamorous. For me, then, Orry-Kelly became a name as synonymous with Golden Age Hollywood fashion as Edith Head had always been.

A major motivation for Gillian Armstrong to make this documentary, and a major narrative in press surrounding its upcoming release, is that apparently, nobody seems to know who he is. Which makes it refreshing that one of the first talking head segments features costume designer Ann Roth, who dismisses it as a ridiculous intimation. Everyone knows Orry-Kelly, she says proudly.

Whatever your position, it’s hard not to fall in love with the glamour of the Golden Age of Hollywood as Armstrong presents it. Women He’s Undressed opens with a recreated scene, six tall women dressed in shades of red satin, carrying a red coffin grassy along a seaside cliff. A musical score begins by Australian composer Cezary Skubiszewski, which sustains an exuberant mood throughout the film. From there, Armstrong traces the life of Orry George Kelly, raised in the small country town of Kiama, who left our shores to become Australia’s first famous export in Hollywood couture.

First, Kelly sailed to Manhattan, where he shared an apartment with a man who would later become a big film star. While it’s unveiled as an intriguing thread here, many fans of gossip may already know who he was. After failing his audition for a part in an Off Broadway chorus, Orry-Kelly began to work behind the scenes, dressing women and decorating nightclub interiors. He then travelled to Hollywood and nudged his way into Warner Bros. Studios, where he brought back the sophisticated, elegant costume, in contrast with the excesses of frills and beading that had become far too common.

‘Armstrong traces the life of Orry George Kelly, raised in the small country town of Kiama, who left our shores to become Australia’s first famous export in Hollywood couture’

With a new and exotic name, Orry-Kelly’s life in Hollywood was wonderfully successful. He worked on 285 pictures at many of the major studios, earning three Academy Awards from four nominations. (Edith Head had eight wins from thirty-five nominations, but her work is not celebrated here.) But he was an alcoholic, and it is revealed in Women He’s Undressed that despite his success he may have been a very sad man. Alongside his two contemporaries, designers Travis Banton and Adrian Greenberg, Kelly was the only one who refused to ‘play the game’ – he never married and was openly gay. He was homosexual in what is described as the most homophobic place in the world. 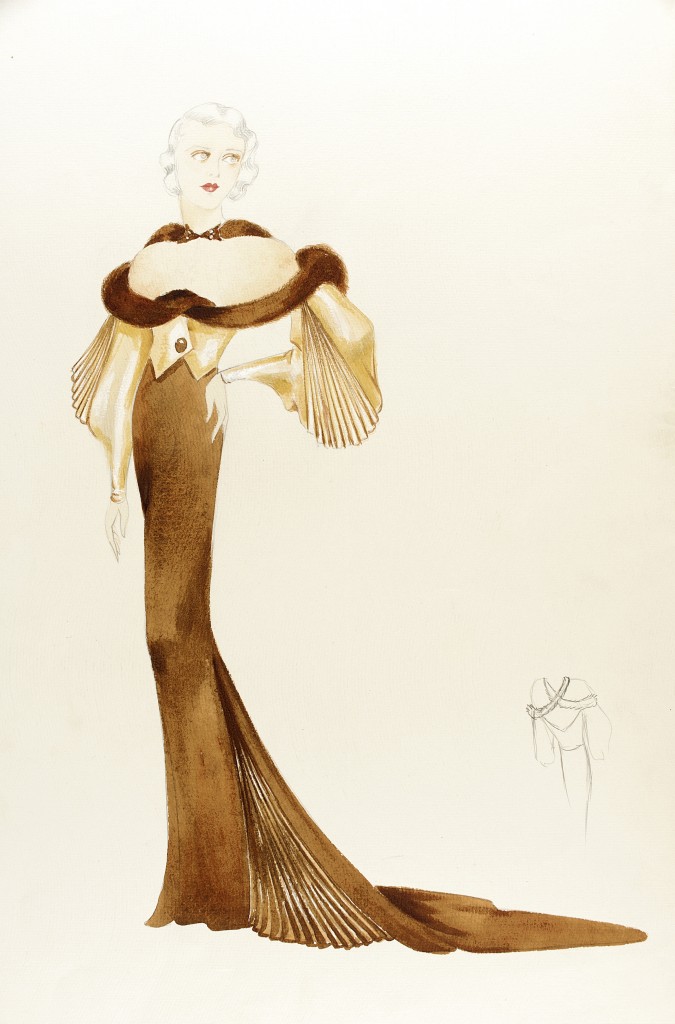 To tell his story, Armstrong recreates vignettes which develop Kelly’s relationship with his mother (the two are played, respectively, by Darren Gilshenan and Deborah Kennedy), and while these scenes have a distinct sense of humour they aren’t as well done as the recreations in her earlier documentary, Unfolding Florence: The Many Lives of Florence Broadhurst (2006). Gilshenan is off somehow, perhaps a little too jolly for the part. But the historical footage of Manhattan and Hollywood in the Roaring Twenties is glorious, and the big city lights are seductive here just as they would have been to Kelly. The interview segments are filled with energy, although occasional mid-phrase edits can be jarring. Armstrong’s interviewees include those who worked with Kelly, like Roth, Jane Fonda, and Angela Lansbury, along with film historians like Leonard Maltin – all of whom relay stories about the man.

Deborah Nadoolman Landis, who designed the ‘Hollywood Costume’ exhibition that toured to Melbourne’s Australian Centre for the Moving Image last year, is one of the most vivid historians interviewed. She praises Kelly as an artist who designed in colour, but for most of his career really succeeded in glamourising shades of grey on the silver screen. Film clips spanning the early 1930s through to the vivid Technicolor screen are included to offer sparkling proof of Kelly’s talents. He was close with many stars, particularly Bette Davis, with whom he shared a personal and professional friendship. Kelly dressed Davis more often than any other star, and Armstrong reveals how much of an impact he had in shaping her early career. As Kelly’s prestige derived from his work, the film would have been strengthened with more exploration of these working relationships. 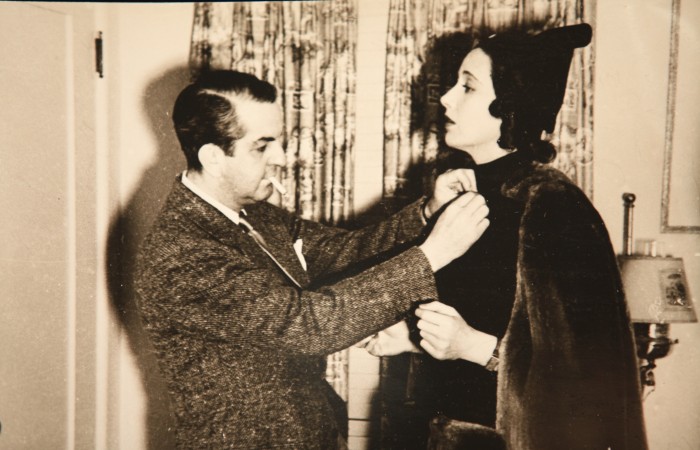 In a 1950 Academy of Motion Picture Arts and Sciences production short about costume designers, the narrator advises that gowns are not meant to be more interesting than the characters who wear them. While the stars in Kelly’s designs were certainly something, here it is definitely the clothing that is the most eye-catching. Women He’s Undressed is a wonderful documentary, with Armstrong revealing some real gems about a man we should all be proud to call Australian. There’s a surprise at the end, when footage of the real Orry-Kelly is finally revealed. Even with a brief appearance, he is a far more vivid presence than Gilshenan, and it would have been a pleasure to see more of him. While his designs have lasted, this documentary is meant to preserve the man, after all. As he accepts his third Academy Award for Best Costume Design – after winning for An American In Paris (1951) and Les Girls (1957) – Kelly thanks actors Tony Curtis and Jack Lemmon. ‘As Louella [Parsons] would say, “They never looked lovelier!”’ Armstrong’s film suggests the same of everyone he ever dressed.