At first glance, the slender paperback, with its cover drawing of dark-skinned men and boys, looks like a conventional illustrated children’s book. A few pages in, it’s clear that Tjanimaku Tjukurpa is something else. The version I have is in Pitjantjatjara and English. There is also an edition in Ngaanyatjarra and English. To anyone familiar with remote Aboriginal communities, the illustrations vibrate with authenticity – the landscape, the buildings, the cars, the appearance and demeanour of the people. This is a story embedded in the reality of community life. Told through the eyes of a concerned grandfather, it is a narrative played out in various iterations across the Indigenous world. A baby boy is born to parents who are without work, resources, or money. As they resort to bringing grog and drugs into the community, and spend their time drinking and gambling, the child Tjanima feels neglected and abandoned: ‘Before long he was hanging around with kids who were older than him. He saw them smashing windows and getting up to all sorts of trouble. He saw all kinds of things.’

The illustrations amplify the text. Among the kids smoking cigarettes and smashing things, a blank-eyed child is sniffing petrol. When Tjanima decides to try marijuana, he goes to the local car graveyard to find the young ganja smokers huddled in one of the wrecks. The book’s artist, Jan Bauer, ran an art project at Yuendumu, and the drawings strike the perfect note. Nothing is overstated, no judgement is implied, but it’s all there: camp dogs, overflowing bins, graffiti-covered buildings, a circle of figures playing cards while a barefoot toddler wanders among beer cans and broken glass. When Tjanima gets into trouble with the police and is sent to live with his grandfather, the drawings reflect a more orderly world. Tjanima’s grandfather teaches the boy how to make tools, takes him out bush, and shows him how to hunt and prepare food the proper way. These details were the subject of much consultation, especially the right way to cook a kangaroo, as the illustration on page fifty-five attests.

With his grandfather’s guidance, and the love and support of his older brother, Tjanima gains confidence and self-respect. He grows up and gets a job working in land management, marries, and has a child. Although he’s been estranged from his parents for years, he takes his new baby to meet them, and discovers that he is no longer angry with them, only sad that they have not been able to break the cycle of poverty and depression. Later, when his grandfather asks the young man ‘Who will keep the Tjukurpa for future generations?’, Tjanima answers, ‘I will hold onto everything you have taught me. I will hand it over to my son and my grandchildren after that.’

Tjanima’s story is a parable of redemption through family, culture, and country. It is embedded in the narratives of cultural knowledge, learning how to care for Country, caring for one another, and passing on knowledge and skills through the generations. Tjanimaku Tjukurpa translates as Tjanima’s Story. Tjukurpa also means Law and Dreaming. It reinforces the implication that while Tjanima has his personal story, it is also part of the fabric of desert life, of patterns and purposes much greater than the individual.

All too often the outcome for boys like Tjanima is one of crime, violence, and early death. Tjanimaku Tjukurpa is a labour of love, created to address both the real-life challenges of the story it tells and the literacy gap that is part of the problem. Bilingual, beautifully illustrated, telling a story that reflects the lived experience of Aboriginal boys and men, Tjanimaku Tjukurpa is the product of a remarkable collaboration between a group of Anangu men and the Ngaanyatjarra Pitjantjatjara Yangkunytjatjara (NPY) Women’s Council.

The NPYWC, based in Alice Springs, is an advocacy and support organisation for Aboriginal women from the cross-border region of South Australia, Western Australia, and the Northern Territory, and for many years has been addressing the emotional and psychological damage experienced by desert people. It was successful in persuading the local hospital to allow traditional healers (ngangkari) to visit and treat patients who often didn’t speak English and had little understanding of what was happening to them. As the ngangkari and the doctors began to share knowledge, it became apparent that there was a dearth of vocabulary to discuss Indigenous mental health, and the project that came to be known as Uti Kulintjaku – to listen, think, and understand clearly – was born. Uti Kulintjaku is based on the recognition that if people have access to complex information in their own languages, and can in turn have their own complex knowledge interpreted for the non-Indigenous doctors, the shared dialogue becomes a meaningful exchange that translates into effective actions.

This evolved into workshops that explored, among other things, the latest discoveries of neuroscience and the healing potential of ancestral stories, always with a skilled interpreter present. Uti Kulintjaku continues to be an exemplary model of communication, process, and evaluation, with outcomes that include a meditation app in language and an illustrated story for girls, Tjulpu and Walpa, which covers teenage pregnancy, domestic violence, and the possibility of recovery and rehabilitation.

The success of Uti Kulintjaku prompted the women to invite selected Anangu male leaders to develop their own working group. Established in 2016, this became the Uti Kulintjaku Watiku (men’s) group, with around twenty members from across the NPY lands. Since then, the men have been developing a ‘toolkit’ of resources to deal with destructive behaviour and its causes.

Tjanimaku Tjukurpa is one of these, the product of commitment, compassion, collaboration, and the collective will towards healing. 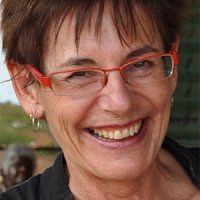 Kim Mahood is the author of two non-fiction books: Position Doubtful (Scribe 2016) and the award-winning Craft for a Dry Lake, (Random House/Transworld, 2000). She wrote the much-circulated essay ‘Kartiya are like Toyotas – white workers on Australia’s cultural frontier’, and co-edited Desert Lake: art, science and stories from Paruku, (CSIRO, 2013). Her work is published in art, literary, and current affairs journals. 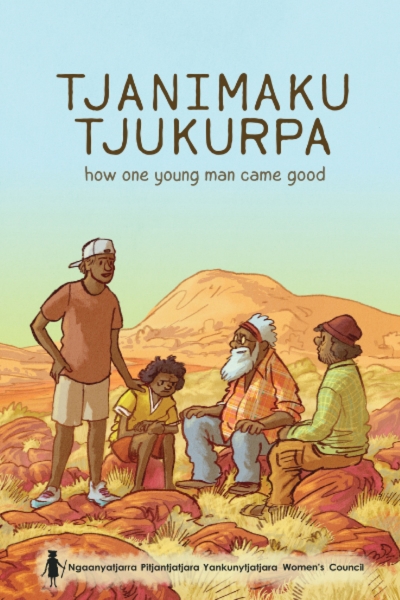