The brief and unpretentious biography of Noel Pearson on the dust jacket of Mission: Essays, speeches and ideas describes him as ‘a lawyer, activist and founder of the Cape York Institute’. Although surely accurate, this gives little indication of the stature this remarkable man has assumed in Australian public life over the past thirty years. If Pearson is an activist, it is of an unusual kind: one who has combined the roles of insider and outsider, agitator and wonk, intellectual and politician, in highly original and productive ways.

Pearson is one of several Indigenous leaders who has argued that Aboriginal communities are drowning in passive welfare, a sea of grog, and an epidemic of violence. He is also the most influential of them, and Pearson’s critique is part of a wider argument that his people claimed and received ‘rights’ – to land, to equal pay, to vote, to drink – while failing to develop a culture of personal responsibility or economic participation. As these pages make clear, this analysis comes out of his own experience and observation, his understanding of history, and his engagement with the ideas of conservative African American intellectuals. Pearson is especially hostile to the left’s approach to Indigenous affairs. A conspicuous progressive altruism, he says, fails to conceal the left’s shoddy thinking, moral vanity, and self-interest. The ‘soft bigotry of low expectations’ he calls it, borrowing a phrase from a George W. Bush speech. Pearson is an unsparing critic.

Pearson presents his own position as ‘the radical centre’. Left and right, we are told, share ‘the common ground of mutual racism’. This is the familiar rhetorical technique of locating one’s own attitude as between two undesirable extremes. Pearson came to national prominence in the 1990s advocating ‘rights’ – specifically land rights – and would at that time have been considered by most observers to be Labor-leaning. As a young lawyer from Cape York, he was in the room with Paul Keating when an agreement was hammered out over native title legislation following the Mabo decision. It is obvious from many passages in these writings that Keating has been for Pearson the model of what a committed and inspiring leader should look like. Pearson is also a Whitlam man. His powerful eulogy at ‘this old man’s’ memorial service in 2014 was acclaimed; it captured not only Whitlam’s contribution to Aboriginal affairs but a reforming zeal and imagination that it would be ungenerous not to recognise in Pearson himself.

Others have stressed how much Pearson’s outlook owes to his Lutheran upbringing at Hope Vale, a mission with a history stretching back to the 1880s. The writings and speeches presented here only confirm this view. So much of his politics looks like an effort to restore what he sees as best about that time and place: its order and security, and its decency and self-discipline, but not its entanglement in paternalism and deference. The intimacy of family life, and the ‘gentle friendship’ with his father, are suggested in a beautiful image of a young Pearson lying in his father’s arms on the bed as they read together. As a nineteen-year-old university student, on his visits home, Pearson ‘still napped next to my old father on a quiet Sunday’. ‘[L]ife’s purpose’, he learned from his father, ‘is to serve God and serve your fellow man.’

Pearson is often seen as having moved to the right over the years, but there is sufficient continuity across his writings to make us wary of simple judgements of this kind. The problem of the grog is there in the very first of his papers, co-written with a mentor from Hope Vale, Mervyn Gibson, back in 1987. Also, central to his outlook is the rejection of a victim mentality, alongside a seemingly hardening resistance to policy and identity based on the discredited concept of race.

An insight into his political trajectory is provided by the chapter headed ‘Betrayal’, an article from the December 2017 issue of The Monthly, which responded to the Liberal–National Party government’s rejection of the Uluru Statement from the Heart. It has the elegiac quality of a man who believes his central political strategy of trying to win over the right, pursued since the end of the 1990s, has yielded only failure. Pearson complains, reasonably enough, that Tony Abbott spent his political capital on ‘that dumbass knighthood’ for Prince Philip instead of constitutional recognition for Indigenous people. He has hard words about his own misjudgement, as well as about the miserable prime ministerships of Abbott and Malcolm Turnbull.

Pearson’s relationship with the right had elements of both a marriage of convenience and a love match. With support from conservative politicians and media, corporate leaders, and philanthropists, Pearson became arguably the country’s most influential Indigenous leader. He acquired formidable influence and resources for his work on education and economic development on Cape York. Meanwhile white conservatives in the Liberal Party, the Murdoch press, and business were able to engage with Indigenous affairs on terms that suited them well. It seems most unlikely, too, that they were indifferent to the value to their side of politics of Pearson’s attacks on the left.

Pearson’s writings are usually eloquent, invariably intelligent, and often provocative. He has the preacher’s gift with words, the intellectual’s and the policy wonk’s delight in ideas, and the politician’s feel for how power is acquired and exercised. It is not an easy performance to hold together, one senses. And Pearson is still picking through ideas: Modern Monetary Theory seems to be among the latest to catch his attention.

In his John Button Oration in 2010, Pearson suggested that a problem with Australia’s political parties is that they tend to attract predominantly structural leaders who depend on formal institutions for recognition and influence. Natural leaders, who exercise their authority in a range of contexts outside formal politics and are without such institutional supports, have fewer such opportunities.

Pearson belongs primarily in the latter category. In a new piece of writing that begins this collection, he regrets not having seized the opportunity to try ‘the political path to power inside the tent’. There were earlier opportunities for him to do so, he says: one would have been in 1998, the other in 2007. It raises a stimulating counterfactual: Australian national politics of the past generation with Pearson as a major parliamentary player.

In the years since, a small number of Indigenous men and women have served in the federal parliament. One of them is currently Minister for Indigenous Australians in a coalition government. It is hardly surprising that, in the circumstances, Pearson is wondering whether he should also have pursued that path. And perhaps he might yet.

In some of his most recent writings and speeches, Pearson’s voice is blatantly that of national prophet, appealing to the white conscience to recognise First Nations People in their constitution, to the black conscience to make an accommodation with the sovereignty established by the British, and to all Australians to mark both 25 and 26 January as symbolic of an ancient sovereignty and a new order. The ‘conservative’ looks like a ‘radical’ again, the practical reformer a man of rights and symbols. But it is really the same man grappling with the conundrum of how a small, politically weak, but morally important minority can help itself and the nation attain a wholeness that their conjoined history since 1788 has permitted neither.

Frank Bongiorno teaches at the Australian National University, where he is Head of the School of History. His Dreamers and Schemers: A political history of Australia will be published by La Trobe University Press, an imprint of Black Inc., in November 2022. His most recent book is The Eighties: The decade that transformed Australia (Black Inc., 2015) and he is co-editor, with Benjamin T. Jones and John Uhr, of Elections Matter: Ten federal elections that shaped Australia (Monash University Publishing, 2018). 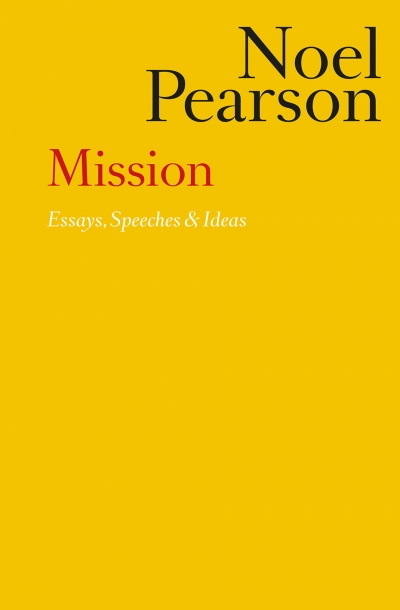