Joe Exotic. Carole Baskin. Tiger King. There was a moment in early 2020 when these were names to conjure with; when a plague-ridden world became fascinated with the outlandish behaviour of these larger-than-life Americans and their unbelievably legal menageries of ‘exotic’ animals. Now, as we inch closer to ‘Covid-normal’, revisiting this surreal world through Emily Bitto’s exuberantly baroque second novel, Wild Abandon, is an unsettling experience.

Bitto’s Stella Prize-winning first novel, The Strays (2014), explored a fictionalised version of 1930s Melbourne’s bohemian art world through the eyes of a curious young girl who was briefly adopted into her friend’s eccentric family. While there are some thematic overlaps between the two novels, they are very different in style and setting.

In Wild Abandon, we follow self-absorbed, twenty-two-year-old wannabe music journalist Will Free as, ‘ego-bruised by heartbreak’, he flees his Melbourne sharehouse for an impulsive journey of discovery in America. His time in New York is a whirl of hedonism and insecurity; he dines at fancy restaurants, drinks too many negronis, and does lines of ‘party parmesan’ from an Altoids tin while trying, and failing, not to think about Laura, his ex. Amid the seedy glamour and excess, Will vows to ‘journey from innocence to experience … to open himself to whatever came his way … in a dashing new habit of wild and indiscriminate “yes!”’.

Following an act of betrayal, Will, now almost penniless, bolts again from New York to the small town of Littleproud, Ohio, where he meets up with a girl he knew from school and her American husband. Soon Will finds himself living with and working for the mercurial Wayne Gage, a Vietnam veteran with his own private zoo. The two lovelorn, emotionally immature men develop a bond while looking after the majestic creatures housed on the property, but it becomes increasingly clear that Wayne’s troubles run deeper than Will realises.

The trajectory of the second part of the novel was ‘initially inspired’ by the tragedy that took place in Zanesville, Ohio, in 2011, involving Vietnam veteran Terry Thompson and the animals in his private zoo. The incident led to incredible headlines (such as that of Chris Heath’s fascinating 2012 GQ article, one of the sources Bitto cites in her acknowledgments) and a wider, shocked awareness of Ohio’s laws regarding the ownership of exotic animals. There are strong connections between Wayne’s and Terry’s stories, but Bitto is careful to emphasise that Wild Abandon is a work of fiction.

And what a work of fiction it is. Wild Abandon is an extravagant, harrowing novel of ideas filled with granular details, an abundance of surprising similes, and freewheeling philosophical and factual digressions on everything from modern art and the American military industrial complex to the ethics of keeping animals in zoos and the callow insecurity of youth. Alongside ruminations on identity and self-discovery, Bitto weaves in details about the diets of lions, the impact of the Vietnam War, and the unexpected revelation that the Amish are the main dealers of exotic animals in Ohio. ‘Something about their faith endorses it,’ Wayne informs Will. ‘The dominion of humans over all the creatures of the earth or some other religious mumbo jumbo.’ Bitto shifts registers easily throughout, with references to Hyperborea and suovetaurilia sitting comfortably alongside reminiscences about conversations on message boards for the television show Supernatural.

Wild Abandon is an eminently quotable, sometimes funny, sometimes heart-breaking book, one that will make cocktail drinkers crave negronis (perhaps even from Heartattack and Vine, the bar Bitto co-owns in Melbourne) almost as much as it will put them off eating chicken nuggets (‘whole minced baby roosters’) and burgers (‘bone and hide and eyeball’).

Reading such lavish writing at a time when the fashion inclines more towards the minimal can be a heady experience. Wild Abandon is peppered with long, opulent, thought-provoking sentences. The elaborate, almost Dickensian, omniscient narration provides an entertaining contrast with Will’s gauche conversations with the people he encounters, although sometimes the cumulative effect of sentences like this one can be overwhelming:

Will didn’t know what to do; he found himself inhabiting such a moment as those in which we look around ourselves and see not one object that is friendly or familiar, in circumstances that as little as a week ago we would have been incapable of imagining, let alone believing would be our own in so brief a span of lithe and thwart and mocking implacable time, and in the taut-stretched and overdue silence, with the pressure of the wordless night against the window, his dark burdened soul at last could run no more, and down it crumpled on the blue leather sofa.

Throughout this intelligent novel, Bitto meditates on human nature and our complicated, multifaceted relationship with animals and the natural world. The creatures of Wayne’s Wild Kingdom are portrayed with compassion and a touch of Blakean awe that is infused with rage and wider concern at what may turn out to be ‘the sure and terrible ruin of all things at the hands of man’. 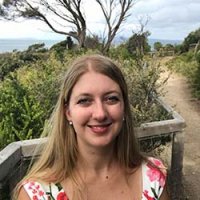 Amy Baillieu is Deputy Editor of ABR. She holds a Masters of Publishing and Communications from the University of Melbourne and a Bachelor of Arts from the same university with majors in English Literature and French. She also attended the Sorbonne in Paris, where she completed a Cours de Langue et Civilisation Français in 2007. 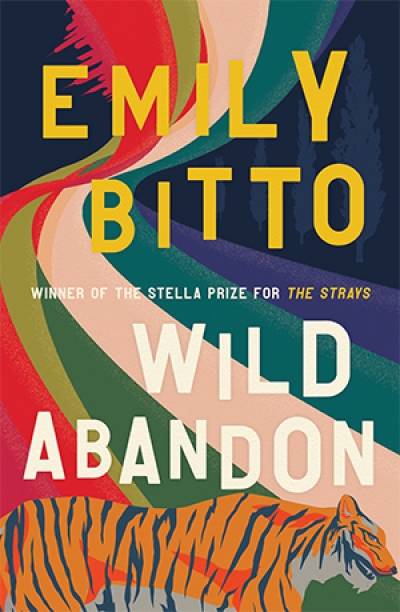