The middle class has always been the target audience for the ever-optimistic, benign phrasing of Australia’s economic prospects. It is for them that there runs a vein of exceptionalism that believes no matter what the numbers say, the nation is immune to the dangerous excesses of the American brand of capitalism. This extends to debt. Despite the widely touted fact that we have among the highest levels of household debt in the developed world, we assume that any downturn will be temporary – the next mining or housing boom is just around the corner.

Here to skewer this fallacy is Royce Kurmelovs’s Just Money: Misadventures in the great Australian debt trap. We quickly learn that debt as not an isolated problem. Rather, it is an indicator of an economy structured so that ordinary people are saddled with the costs of speculation, mismanagement, and rank profiteering. Kurmelovs quotes headlines hinting at an Australia far less prosperous than we supposed. Stories like the proliferation of the gig economy, robodebt, the banking royal commission, and predatory lending develop the argument our society is primarily divided between those with the wealth to shake off debt and those it cripples.

This latter category is explored through a series of personal histories in which fortunes, businesses and, in some cases, the debtors’ entire life, can be consumed by their debt. Wendy Waszkinel’s brother commits suicide after a child support accounting error lumps him with incorrect payments the tax office refuses to rectify. Jenny Low’s story is the sole victim’s account heard at the Banking Royal Commission. Hers began with the discovery that her deceased husband’s business owed vast sums to SunCorp; it ended with the elderly widow being ejected from her home, still in debt. Even relatively minor sums can devour the host with shame, extinguishing any long-term plans. One conclusion we draw is an old one: caveat emptor. The more slick the corporate lender’s logo and web presence, the more ruthless the predator it disguises.

Kurmelovs’s own tale is less dramatic: he finds himself uninsured after a car accident and is lumped with a $23,000 bill he will struggle to repay. This gives him the excuse to ‘go gonzo’ and experience firsthand the underworld of debt collectors. No longer the cauliflower-eared standover men of a bad detective novel, even they have been lacquered with a corporate gloss, embossed business cards, and a toolkit of manipulation techniques.

Just Money is not simply a catalogue of tales of woe. In its primary register, it explores the roots of how we ended up with an economy that does not create human misery as a by-product but devours it as an active ingredient. The villain here should be known to everyone. Neoliberalism (or ‘economic rationalism’ at birth) is the doctrine that continues to haunt Australians, in spite of regular denunciations. One senses it has become a load-bearing pillar of economics in this country – discredited but not to be demolished lest it bring down the house.

Kurmelovs is lucky not to have to trace the flow of neoliberal ideals across the Pacific one-by-one, though apt comparisons between financialisation here and in the United States are sufficient to rebut any dreams that we are all still young and free, girt by sea though we are. Instead, Kurmelovs is able to point to Milton Friedman’s tour of Australia in 1975 as planting the domestic neoliberal seed. From it sprouted a redesigned financial system, a project vigorously pursued through the 1980s by both major parties. Of the many reforms initiated by Bob Hawke and Paul Keating in the 1980s, it was floating the dollar in 1983 that changed national economics forever. The financial sector experienced explosive growth that led to speculation infiltrating those newly privatised segments of the once public service, as well as the broader economy. These reforms and their drive towards efficiency did not stop at streamlining bloated aspects of the once sheltered public sector. Instead, they continued to demand profits with a free-market zealotry beyond what could be expected of any entity designed to serve the public.

Kurmelovs is persuasive when he explains how neoliberalism’s severance of restraints and regulations ends not in liberation but in fresh bondage. Institutions and businesses allowed to pursue a pure profit motive will inevitably result in perverse interactions without empathy and humanity. Anyone who has remained on hold over a crackling line to a distant call centre in an attempt to contact their local bank will understand the real-world absurdity of so-called economic rationalism. But instead of resetting your PIN, imagine you are holding to relieve a debt payment that would mean the difference between food on the family dinner table or going hungry.

Relating human scale to a broader economic arc has become the author’s trademark. This goes beyond trade-craft and runs to the core of Kurmelovs’s moral code: economic abstraction without considering the human implications is what produces a system that thrives on exploitation and hardship.

It is unclear whether Australian economic exceptionalism will survive Covid. There are still so many debts to be tallied. Either way, Just Money should be kept on hand to temper the conversation. 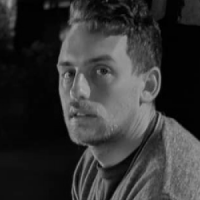 Kurt Johnson is a writer and journalist who has written for publications including the Guardian, The Age, and The Sydney Morning Herald. He has written one book, The Red Wake: A hybrid of travel, history and journalism (2016). 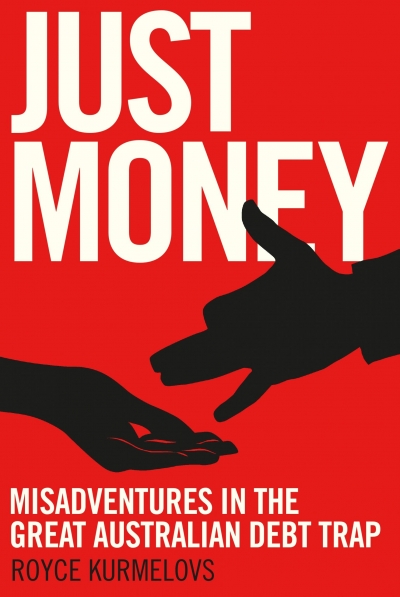