The Enigma of Clarence Thomas by Corey Robin

On a frosty January morning in 2019, I found myself listening to oral argument at the Supreme Court of the United States. The cases I witnessed were not destined for headlines – no abortion, free speech, or death penalty cases that day – but I was still fortunate to get a seat. Queues snaked around the building, with tightly controlled ticketed entry and heavily armed security. As a scholar of constitutional courts, I was delighted by the public interest (less so by the guns), even if a Trump shut-down of nearby tourist attractions may have augmented the numbers. But none of us attending that day expected to witness something extraordinary: Clarence Thomas speaking.

As Corey Robin, a professor of political science at Brooklyn College, points out in The Enigma of Clarence Thomas, ‘the only things most Americans know about [Thomas] is that he was once accused of sexual harassment’ – more on that later – ‘and that he almost never speaks from the bench’. While some Supreme Court judges revel in excoriating cross-examinations of the lawyers appearing before them, Thomas has remained largely mute since his narrow confirmation by the US Senate in 1991.

I witnessed Thomas speak in an otherwise non-distinct personal injury matter. Having spent most of the day with his back to the lawyers, the seventy-two-year-old at one point sent his clerk running to retrieve a book of cases. Thomas scoured it for something, rocked precariously on his huge leather chair, and then beckoned neighbouring judge Stephen Breyer for a conversation. The two exchanged words, before Breyer, book in hand, posed a question to the lawyer: ‘It has been drawn to my attention …’ This innocuous phrase belied the fact that it was Thomas who was interested in the case that he had located in the bound tome: that it was the Court’s ‘most extreme’ conservative justice who demanded an answer.

Supreme Court proceedings are not filmed; since Thomas had spoken privately to Breyer, his comment was not officially transcribed. It was only by coincidence that I was in the room when it happened. But I could not help ponder what the interaction revealed about the subtle ways Thomas exerts influence on the court.

Readers hoping for an exposé of scandal from within the Supreme Court (à la Bob Woodward and Scott Armstrong’s The Brethren [1979]) will not find it in Robin’s book. Rather, it is a thoughtful exploration of the conservative elements in United States politics and the legal and judicial levers of power available to them. Robin approaches his task through three key themes: race, capitalism, and the American Constitution. As he explains, it is no accident that these are central in Thomas’s decision-making: they are ‘totems of [American] culture, the fetishes of our fixity’. Robin’s concern is to defeat these totems and for the United States to emerge from what he sees as an extreme, disturbing, and ugly conservativism. ‘To get past them,’ he argues, ‘we have to go through [Thomas].’

Robin’s fear of Thomas’s influence is very real; one of legacy through personal connections and philosophical grooming. In Donald Trump’s America, a Thomas clerkship (the equivalent of Australia’s judicial associateships) provides a de facto stamp of approval for lower-level court appointments. These judges directly influence decision-making at the ground level, and gain the essential judicial service necessary to qualify them for higher judicial appointments. Thomas’s influence is therefore transformational and inter-generational in a way that could not be guaranteed by his single vote on the nine-member bench, even as the Court’s longest-serving justice.

Robin is well placed to make these observations, having previously authored a number of award-winning books examining the origins of the conservative movement in America. His narrative is deeply invested in a careful reading of Thomas’s decisions and writings and speeches off the bench, but The Enigma of Clarence Thomas is not legalistic or inaccessible, nor is it polemical in its treatment of Thomas’s vision. Robin ensures that his subject emerges as multifaceted and nuanced. Indeed, it is the nuances of Clarence Thomas that Robin fears. By defying easy labels, Thomas emerges as a more powerful force, with a coherent underpinning philosophy. One wonders whether, had Robin attempted to survey all of Thomas’s decision-making rather than focusing on his three themes, he would have found such coherence. Robin’s choice not to dilute his narrative with a myriad of case references is defensible, however, both for readability and in light of the significance of those themes in contemporary US life.

Robin’s readers gain greater insight into a complex man and his mind: the black nationalist judge who favours mandatory sentencing and imprisonment; who believes that racism is permanent and incurable, and is opposed to affirmative action policies; whose commitment to the Second Amendment stems from his belief in the fundamental need for black men to have guns to protect themselves against white violence, and who believes that violence in schools and the community is the major impediment to black Americans achieving the transformative benefits of education.

Robin’s choice to examine Thomas’s philosophy thematically, rather than to chart a chronological course, also means that this is a rare book about Thomas that does not contain a discrete chapter on the infamous Senate Confirmation proceedings in 1991, and the sexual harassment allegations made against Thomas by Professor Anita Hill. Thomas was ultimately confirmed, as was Brett Kavanaugh in 2018, despite Dr Christine Blasey Ford’s allegations of sexual assault. The conduct of both proceedings continues to excite legal and political debate in America. With Australia now facing its own judicial #MeToo movement, we can look to the controversy over Thomas’s appointment for salutary lessons regarding power, privilege, and patronage in legal systems, and the structural reforms that are needed to effect changes in workplace culture, including complaints mechanisms and diverse and inclusive legal industries.

Robin’s discussion of the pragmatic approach Thomas adopted in the confirmation proceedings (which he summarises thus: ‘say anything to get on the bench’) is also a salutary reminder that all judicial appointment models come with risks and benefits. As the Dyson Heydon scandal excites debate in the legal profession about judicial appointment processes, these calls must be met with rigorous debate about the criteria for judicial appointment – both legal experience and expertise and personal attributes – and how and by whom these are to be assessed. With two (out of seven) new appointments to the High Court of Australia required in the next twelve months, it is a timely moment to reflect upon the attributes Australia needs in its judges, and the influence they exert in our community both on and off the bench. Robin’s engaging dissection of Clarence Thomas’s influence and legacy has much to offer anyone engaged in those debates.

Correction: An earlier version of this review referred once to 'Corey Thomas', this has been corrected to 'Clarence Thomas'. 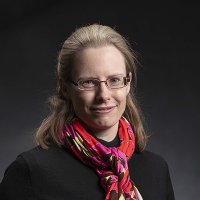 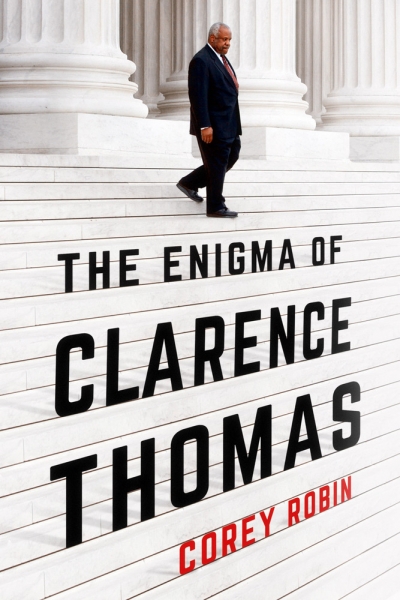